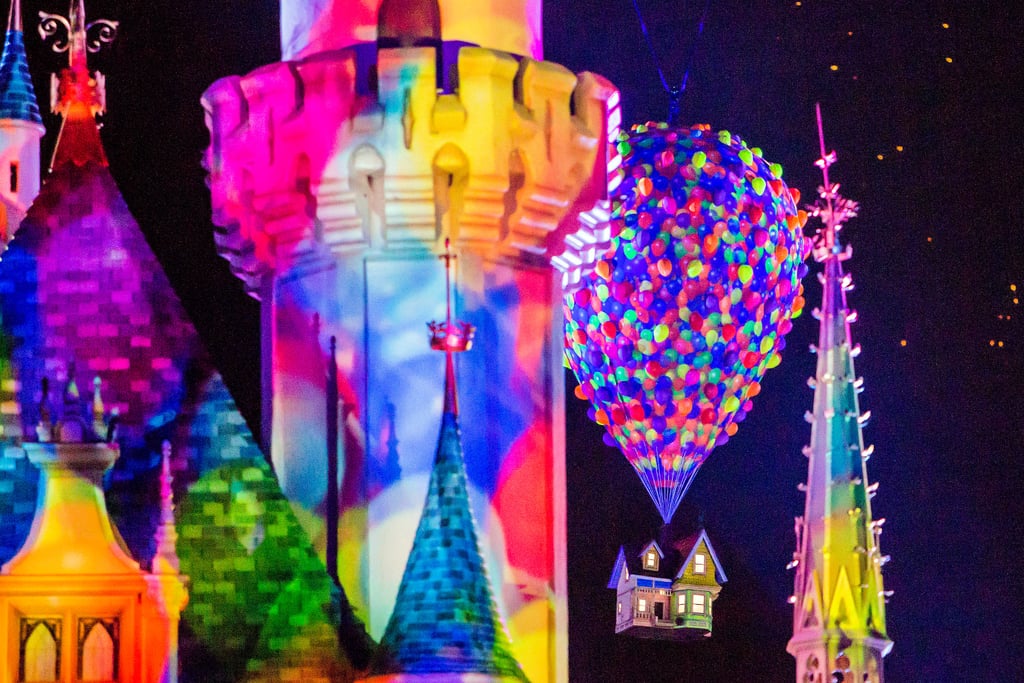 Look, I watched the friendship-themed Together Forever — A Pixar Nighttime Spectacular fireworks show at Disneyland with my best friend on four hours of sleep after a nonstop eight-hour day of Disney, so you do the math. Did we cry uncontrollably while holding each other as pure Disney magic washed over us? Yes. Was the experience worth it to become emotional messes in front of a crowd of strangers? Absolutely.

As a frequent park-goer and diehard adult Disney fan, I've seen a fair share of Disney Parks fireworks shows, and I really think this one is its best yet. The fully immersive quality of the show, with stunning projections on Sleeping Beauty Castle and Main Street and a number of fun surprises — like Carl's floating house from Up making its way across the castle and inflatable characters from Coco popping up on top of Main Street buildings — paired with the innovative tech behind the fireworks themselves (the jellyfish fireworks for Finding Nemo were especially impressive) had us open-mouth gasping in awe. Then, of course, the nostalgic, heart-wrenching themes and music of the Pixar films themselves will punch you right in the feels, especially if you're watching it with your BFF — which I recommend, for the record. Ahead, see some photos and videos of the fireworks show, and try to see it in person if you can before it ends along with Pixar Fest on Sept. 3!