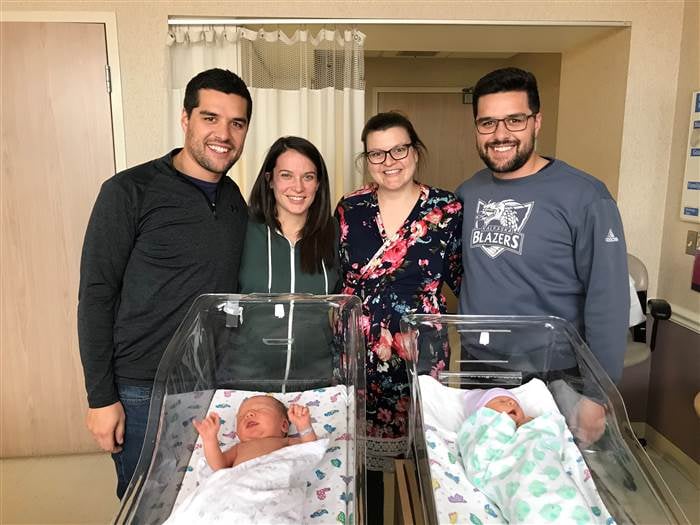 For Justin and Joshua Thorington, 33-year-old twins from Traverse City, MI, it was always pretty easy to read each other's minds. In fact, the brothers' connection was so strong, they ended up welcoming their children into the world on the very same day. Even though it may seem like an extraordinary coincidence to most, Joshua told POPSUGAR that he wasn't all that shocked.

"I'm not surprised it happened on the same day because of how close we've been. I think my wife, Denise, appreciates the uniqueness more. What's been more surprising is how popular of a story it has become," he said, adding, "The whole experience has been crazy and exciting. Growing up, Justin and I have always been pretty in sync. We didn't plan to do these pregnancies together; it just happened."

Related:
Meet the Adorable Best Friends Who Keep Getting Pregnant at the Exact Same Time

In an interview with Today, Joshua said that Justin and his wife, Alex, found out they were expecting first. "[They] told us one day they were expecting, and for my wife, [having a baby] was in the back of her mind from that conversation. So she checked and also found out she was pregnant, which was crazy."

One of the most interesting parts of the situation? The moms-to-be were originally due two full weeks apart — Denise was due on March 25 and Alex was slated for April 8. But come March 27, both women found themselves in labor, having officially delivered their kiddos within just 19 hours of each other.

Josh and Denise welcomed a sweet little boy they named Jack at 4:18 a.m., while Justin and Alex had their sweet baby daughter, Lucy, at 11:43 p.m, and the teeny pair of cousins couldn't be any cuter. 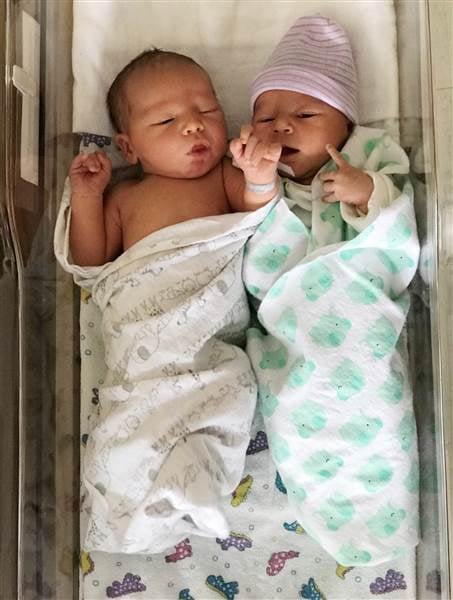 "We were just keeping in contact with them, keeping tabs on how they were doing," explained Justin. And after Josh and Denise went quiet for a few hours, Justin got some fantastic news: "We found out during that period that Denise and Josh had had their baby."

The brothers are now looking forward to raising their little ones together and still believe it was their twin connection that made the coincidence possible: "This whole pregnancy, we had always joked, like, 'Oh, this could happen on the same day. Wouldn't that be crazy?'" said Josh. "And that's exactly what happened."