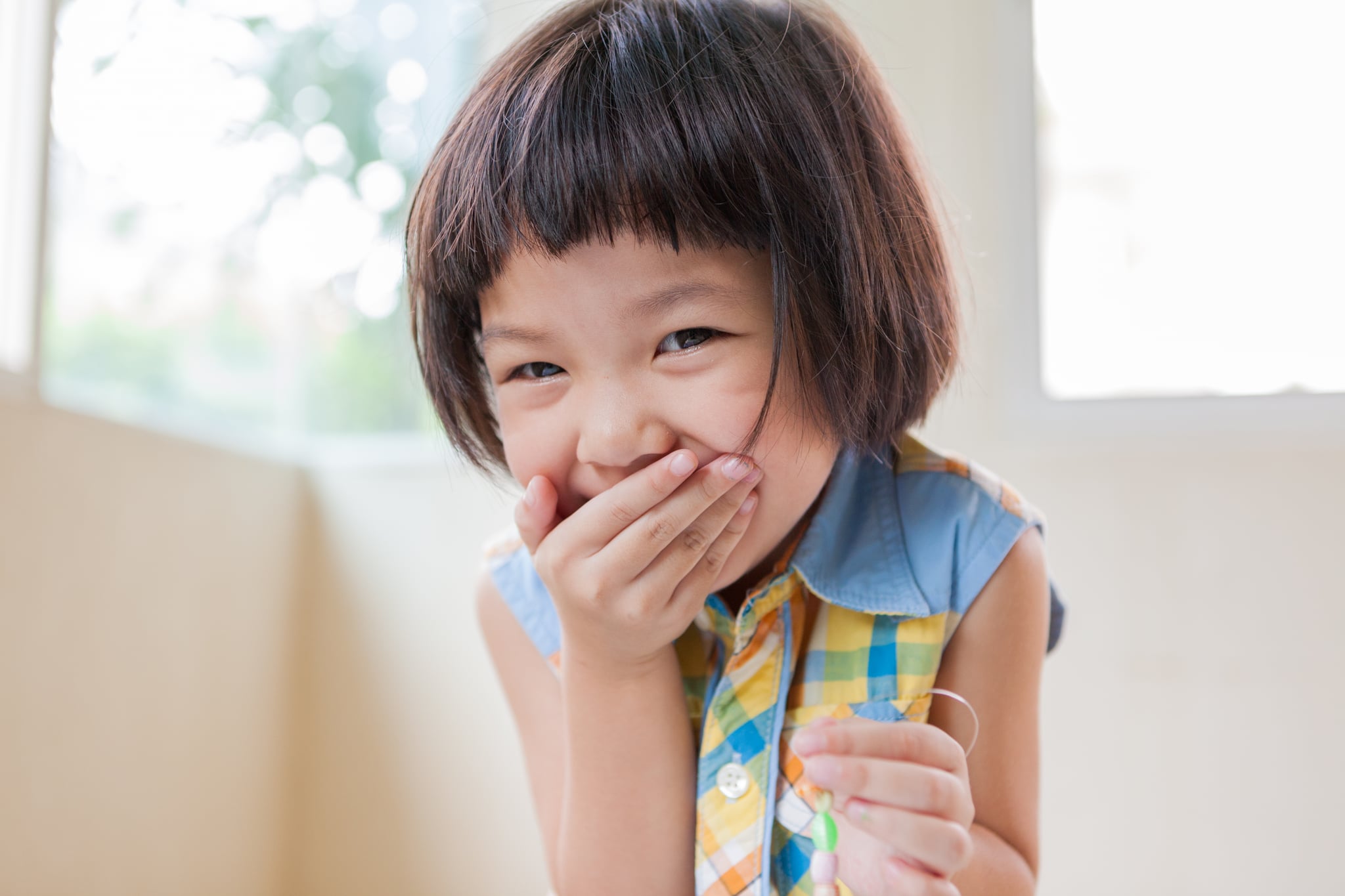 It was the email that no mother of a preschooler ever wants to receive. The subject line read "Today," and I assumed it was a follow-up from the fairly traumatic (for me, at least) parent-teacher conference I'd had that morning, during which it was confirmed that my kid is nowhere near ready for the kindergarten class he'll join in five short months. I was mistaken. It was way worse.

"Today during our work table time, your son said the F-word twice," his teacher informed me. "We just ignored it the first time; the second time, we told him that we don't use that word at preschool. Unfortunately, he said it really loudly and all of the other children heard it. Of course, he could have heard this anywhere (YouTube, outside playing with big kids, or other public places), but we wanted to let you know so you can address it with him so that it doesn't happen again."

Related:
13 Reasons Your Kid Is a Brat That Are Completely Your Fault

Great, so I'll just add "make him stop swearing" to my current and overwhelmingly daunting to-do list for my 5-year-old, which also includes such items as "get him to eat anything besides grilled cheese and cheeseburgers," "teach him how to wipe his own butt," and, oh yeah, "help him learn all of the 48 upper- and lowercase letters that he currently is clueless about." Easy-peasy!

Of course, underlining her email was the very correct assumption that he learned the F-word not from YouTube or at the park but from me — his f*cking potty-mouthed mother. Yes, I've been known to drop an F-bomb or two around my kids, but I swear (or should I say, I don't swear), I've been much better over the last few years, starting about the same time I heard my own bad language coming out of my now almost 8-year-old daughter's mouth. What felt natural coming from me was pretty mortifying coming from her, and so I cleaned up my language. Or at least I tried to. Some parenting situations just can't be survived without a swear word or two. Hence my son's foul language during preschool table time.

Related:
I'm Not Going to Stop F*cking Swearing Just Because I Have a Kid

I emailed his teacher back and apologized profusely but told her I wasn't shocked. Over the previous week, he'd also expressed to his father multiple times that he was "really f*cking hungry" and had told me just that morning to hurry up and get his sweatshirt on because he was "f*cking cold." Of course, I told him that language was inappropriate and would definitely get him in trouble at school, but he's 5 and a bit of a troublemaker, and he obviously wanted to test his boundaries. Now I had to make him see he'd crossed the line.

I sat him down to talk about what had happened at school and why it could never happen again. "But why is that word worse than any other word?" he asked me, proving that he's smarter than his letter-recognition skills imply. I gave him the general gist: some words, swear words, are just inherently bad, and people will probably be offended or angry if you use them. I could tell he wasn't sold, which to me, meant this little incident had a high probability of happening again.

Which is why I made him march into school the next morning and apologize, face to face, to his school director and his teachers. He didn't want to do it, and it took a lot of coaching, but he got through it. As I assumed would be the case, the idea of having to repeat those apologies immediately cleaned up his language.

I may not be able to explain to him exactly why some combinations of the letters (most of which he currently can't recognize) are worse than the rest of the combinations, but I can teach him that when he f*cks, I mean messes, up, he needs to take responsibility for his actions. He's obviously soaking in a lot from me, both good and bad, but owning his actions, apologizing, and not repeating them? That's a lesson I actually hope he uses in the classroom.