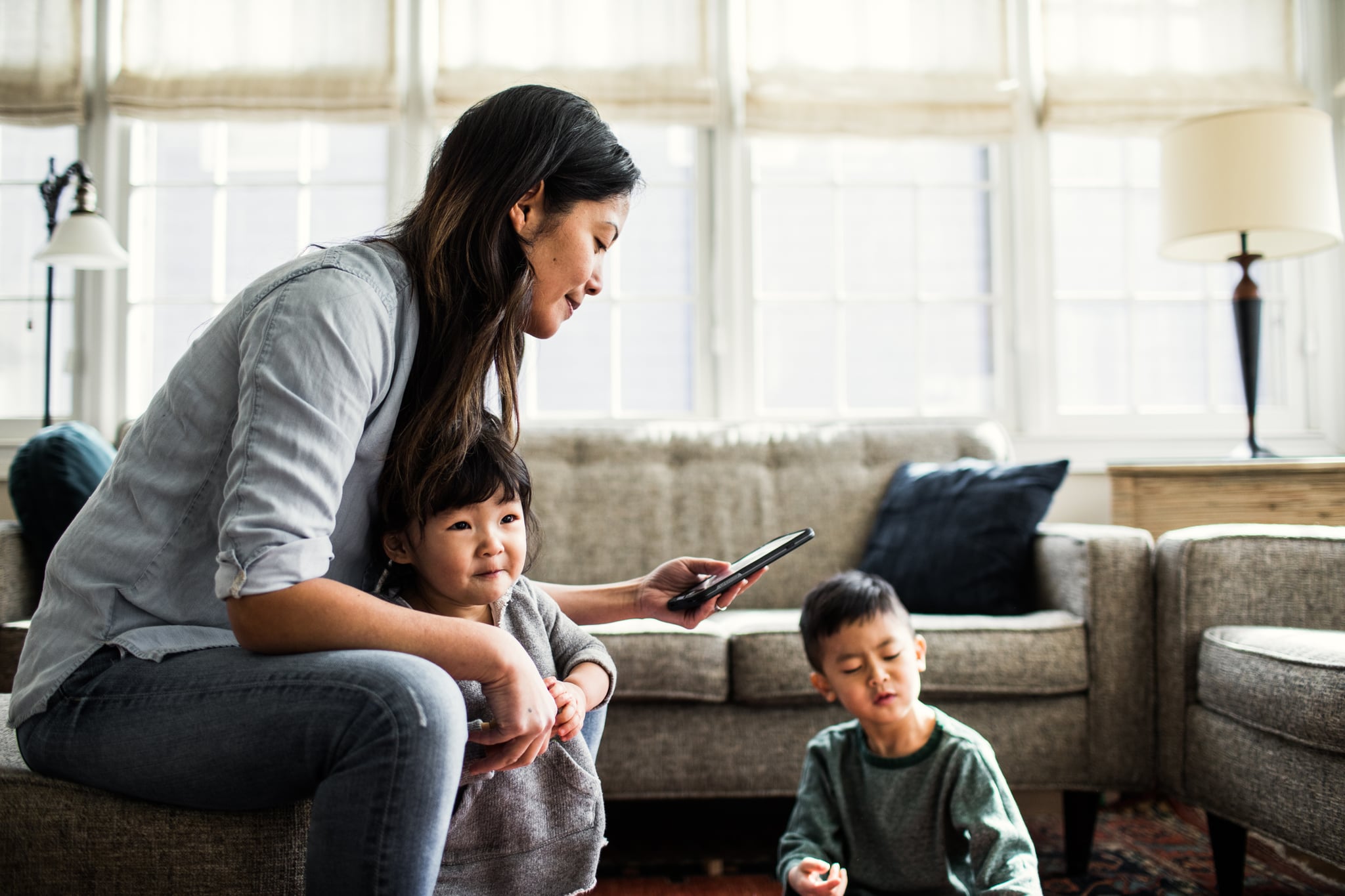 Most moms today face mom guilt. (Thanks a lot, social media.) It's a battle that we fight within, often with no real basis. We fret over the occasional yelling, giving our children too much screen time, or simply feeling like we're not measuring up as a mother, like all of the other mothers around us seem to be. It's depleting. After long days with our kids, instead of sleeping soundly in bed at night, we're left wide awake with guilt in our hearts. But as pointless as mom guilt can sometimes be, the truth about mom guilt that no one ever talks about is that sometimes, it may be a good idea to listen to it.

Of course, every parent is different, and you have to make a judgment call based on your family and your situation. Because you know your kids best! I've just found that a little introspection in the parenting department can often be useful. Personally, I know that listening to my own guilt was one of the best moves I ever made.

Related:
I Realized Parenting Was Burning Me Out; Here's What I Did About It

You see, when my kids were younger, a toddler and a preschooler, motherhood grew to feel mundane to me. Yes, I soaked in as much of my sweet little ones as I could, but the truth is that I felt like I was the star in the movie Groundhog Day. Every morning, we'd wake up and do the same things over and over again. There's only so many times I could play the same game of make believe with my kids, eat the same breakfast of fruit and a bagel, and reward them for potty training. So, instead of looking for a solution, I looked to my phone. I feel guilty admitting this, but I was spending far too much time on social media. And I knew it.

After some time, the mom guilt started to suffocate me nightly. Instead of dreaming of my sweet children, I'd feel awful about spending too much time scrolling through social media rather than being present with my children. I ignored it at first. "All mothers look into their phones," I'd tell myself. "It's no big deal." But it felt like a big deal to me.

Finally, I had had enough. I realized something important. That constant guilt that ached within me — it was there for a reason. It was there to teach me to do better. Because you know what? That's what my children deserved. So, I took action.

Related:
I Want to Believe "These Are the Days," But Being a Working Mom Makes It Hard

I researched things to do to combat the monotony I was feeling. I planned weekly adventures with the kids. We went on hikes, to the park, or even just to the library for story time. I also scheduled play dates with other moms and joined two mom groups. As I put the phone away, the guilt evaporated much quicker than I thought it would, too. I settled into motherhood again and instead of sulking in guilt, I beamed knowing that I was giving my children my best again.

In a weird way, I'm thankful for that hearty dose of mom guilt. I needed to feel that nightly ache to allow myself to finally wake up. My kids deserved a better mother — and that guilt helped me get there.

Moms, don't let the guilt about the little things keep you awake at night. The screen time and junk food? It's not worth it. Please know that you're doing a great job. Your children are loved. But if you're finding that the guilt just isn't melting away as it should, listening to it might just be the solution. I know it made me into the mother I wanted to be for my children — and the mother I know they deserved.