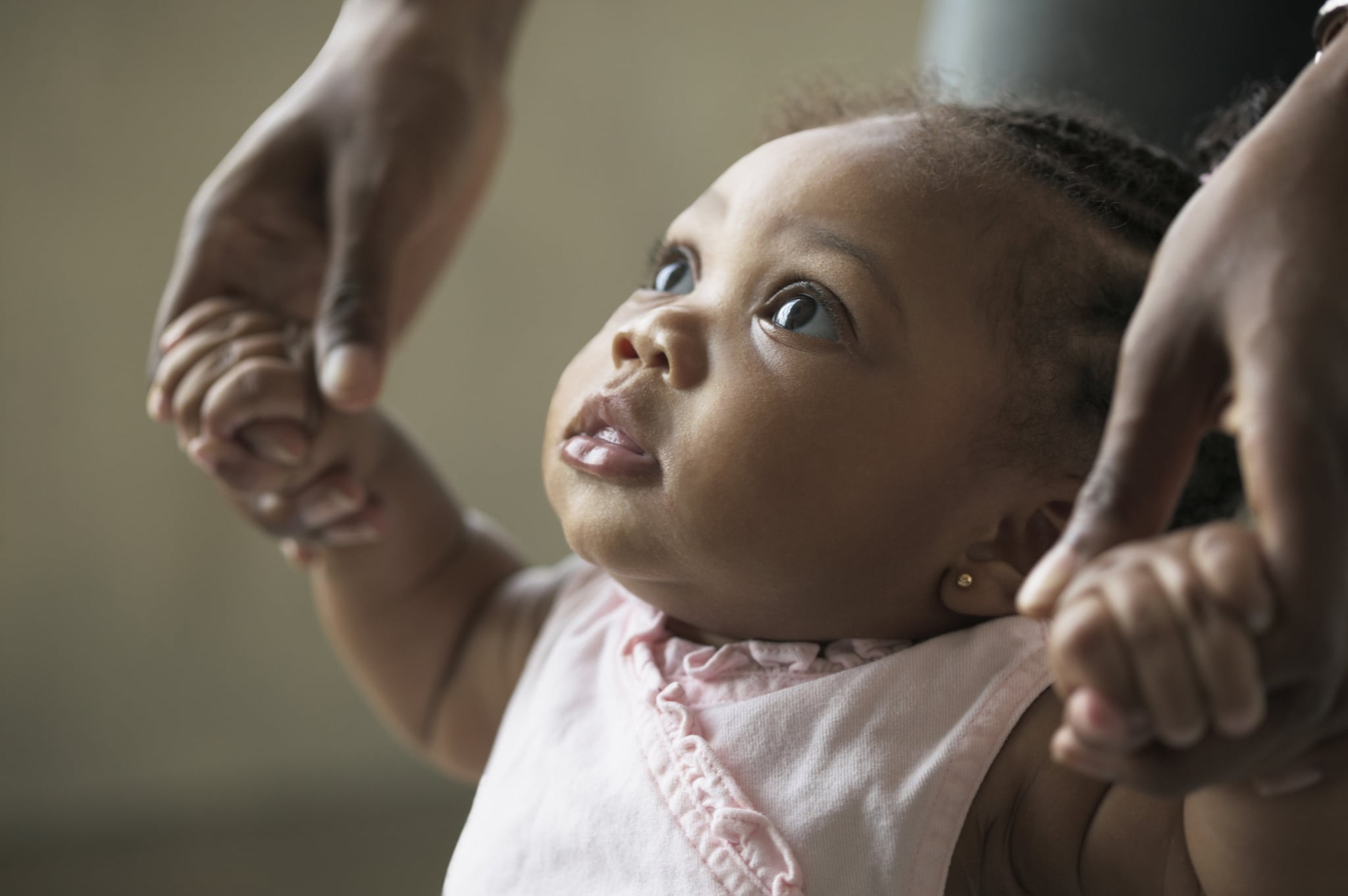 Sumanda M. would love to get her 5-month-old baby girl's ears pierced, yet she's received conflicting advice on when to do it. "My friend said to have it done at 6 months because she will be too small to pull the earrings out if it irritates her. But my pharmacist said to wait until 1 year, because if it's done while she's too small the holes might be skew later on. What do you think is the best time to have the ears pierced?" she asked the community.

Samantha M., too, would like to get her 3-month-old daughter's ears pierced but is not sure when or where to get it done. "If you have a child with pierced ears, what age did she get them? Did a doctor open her ears? If not, where did you go to get it done?" she asked.

Many parents will debate the merits of piercing a baby's ears. Yet if you're sold on the idea of getting your baby some bling, here are four tips to make it as pain- and problem-free as possible.

Before getting your baby's ears pierced, many readers recommend you consult your pediatrician. He or she will be the best professional to assess whether your baby's ears are a suitable size for earrings. Additionally, a pediatrician should determine what vaccines your child should need prior to piercing. Some mall jewelry stores, for instance, require parents to show their child's shot records before piercing, Ciera W. said.

More important than records is the advice of a doctor, who can assess when your child is healthy and has enough immunity built up to decrease the chance of infection. Alecia D.'s doctor, for example, told her to wait a couple of weeks after the 2-month vaccines. Amber A.'s doctor was more conservative, asking Amber to wait until her daughter was 6 months old.

A pediatrician often can provide additional assistance by performing the piercing, Jennifer P. said. Her doctor pierced her daughter's ears at her 4-month checkup appointment, and Jennifer said she "felt a lot more comfortable having the doctor pierce them because I knew that they were sterile."

Once your doctor has given the "all clear," then moms generally recommend you pierce your baby's ears at a young age. An infant is less likely to tug on her ears, so it makes the holes less noticeable and easier to clean, Melissa O. explained.

Rachel S. agreed, noting she had her daughter's ears pierced at 2 months so she won't remember the pain. "She didn't cry and they healed perfectly." She added that getting ears pierced at a young age makes it easier for your child to recover.

Tiffany A. cautioned against piercings when your child is a preschooler. If you wait until your child is between 4 and 6 years old, it's more challenging to keep their hands clean and away from the holes as they heal, she explained. "Being a fan of piercings and neurotic about their care, I would not want my 4-year-old tugging on her ears. And they will; I know adults who don't stop touching piercings and get them infected."

12 Real Moms on Why They Happily Pierced Their Babies' Ears

For these reasons, readers recommend that if you don't pierce your baby's ears when she's an infant, wait until she's a tween or teen and asks for it. Sandie P., for instance, recalled having her ears pierced for her 13th birthday. "I remember it, and it was a special day, so I would want to let the child choose," she said.

Missy agreed, sharing that waiting until her daughter was older made the event special. "I made a huge deal of it, and she felt so grown up and proud of them. She was also old enough to understand when I had to clean and care for them. She could also tell me if they were uncomfortable," she said.

"I have always thought that piercing a baby's ears when they have to lay on them all of the time was not a great idea," she continued. "If they hurt, she cannot tell you, 'But when I lay on my earrings, my ears start to hurt.'"

"In my family we wait till our kids are at least 6 years old, that way we can explain to them that it does hurt and it's a lot of maintenance, you have to take care of them and clean them everyday," Tiffany S. added. "If the child still wants it [after the explanation], like I did, then go get their ears pierced."

3. Pierce Both Ears at Once

During the actual piercing, several readers recommended going to a shop where two staff people can perform the piercings on each earlobe at the same time. "As long as there are two people on with a piercing gun on each ear, and they fire at the same time, bubby doesn't get too stressed out and it's sort of only one lot of pain," Fiona P. explained.

That's the tack Amanda T. took. "It worked great; one shot and both ears were done," she said.

Once the piercings are done, remember to keep the holes clean, and monitor your baby for any allergic reactions. Some people are allergic to certain metals, explained. She said her own ears rejected the earrings, even when they were nickel-free.

Similarly, Tyrae O. said her mother pierced her ears when she was 8 months old and she ended up with many infections in them. "Half of it [was] due to metals that I'm allergic to."

If you're really concerned about an allergic reaction, talk to your baby's pediatrician to get more information — or wait until another time, Brittny C. said, noting there's ultimately no right or wrong time to get a baby's ears pierced. "This is a personal choice," she concluded.

Parenting
How to Work From Home When Your Kids Are Sick, According to Experts
by Tiffany Ayuda 4 hours ago