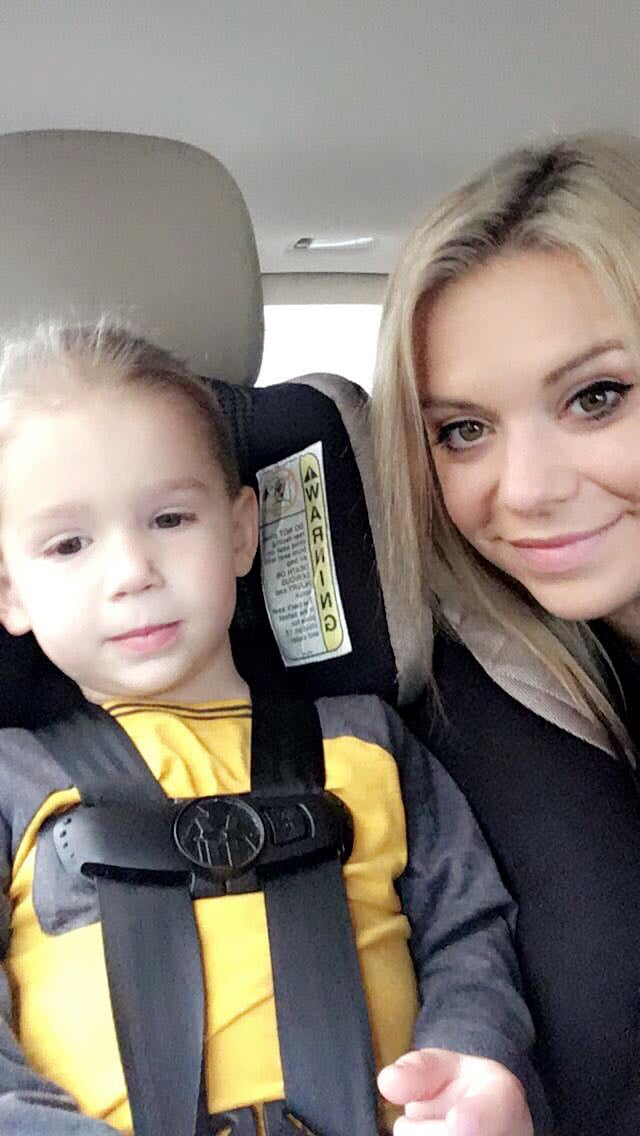 Editor's note: this post has been updated from its original version.

I apologize for my son pushing your seat. Traveling can be stressful, and I know that it's annoying. But with all due respect, would you please sit back down and mind your own business? What gave you the right to discipline my 3-year-old son? I am his mother, and I'm pretty sure that's my job.

He's been flying since he was 4 months old (32 different planes to be exact), and he's usually a trooper. Since his legs have grown longer, I've found it somewhat difficult to keep them off the seat in front of him. Holding them for two hours is usually the best course of action, but it's not the most practical. I occasionally need to remove them to do other things. Maybe now I should just order a Bloody Mary and relax. Boy, wouldn't that be a dream.

Sometimes the Best Parents Are the Ones With the Screaming Kid

It's been a long holiday weekend. Over Thanksgiving, washing the dishes after dinner was my only time to relax. How was your Thanksgiving holiday? My holiday was spent tending to my child's needs (and tantrums). I don't know your story or your past, but let me assume for a second that in your younger years, you flew with a toddler. Can you try to remember how difficult that was?

I've spent the past four hours lugging around his 34-pound body and a seven-pound car seat. Not only do I have his stroller to keep up with, but I also have his backpack, his snacks, his pillow, my computer, my purse, his iPad, and our boarding passes. I've had to visit the disgusting airport restroom 10 times to ensure he doesn't wet himself on the plane. I encountered dirty looks and stares while pleading with him to stop screaming "Jingle Bells" at the top of his lungs. My only chance to get him to eat something nutritious today was to bribe him with ice cream, which I never allow and now realize wasn't the best idea.

After boarding the plane with my son, I hoped and prayed for a tiny break. I even thought that break might come in the form of the person sitting in front of him showing me some compassion in my vulnerable, stressful situation. Instead of that break, however, I got YOU: rude, unsympathetic curmudgeon. Our plane hadn't even taken off yet, and everyone was still getting settled. I could have easily diffused the seat-pushing situation had you let me handle it. You never gave me a chance. As a parent, that is disrespectful.

When you first stood up, I was caught off guard. I even took away his iPad in an attempt to discipline him. But after I had a second to think, I was pissed at you and myself. Instead of punishing him, I should have defended him. Had you and your older son not conveniently been bumped up to first class (because our flight was overbooked), I would have. I hope that next time you decide to stick your nose where it doesn't belong, you will think twice. So, thank you for adding stress to my already nerve-racking day.

From,
A Protective and Tired Mother

PS — And to the woman who was also sitting in the row in front of my son, thank you for not being like the man above. Your kindness and humanity were a breath of fresh air. My son had kicked your seat multiple times, and yet you smiled. I was worried when you first stood up that, once again, I would be scorned. He has acrobatic feet, a larger-than-life personality, and an ear-piercing roar. I was pleasantly surprised when you wanted to see his "adorable face," as you so pleasantly put it. The way you delicately tickled his feet made him giggle.

I want you to know that you are my hero. Not only did you take a mountain of stress off my shoulders, but you also renewed my faith in people. Going forward in life, I will think of you often and remember how you treated my son. I'll remember that for every crotchety, intolerant person who rolls their eyes, there are also people like you. From the bottom of my heart, thank you.