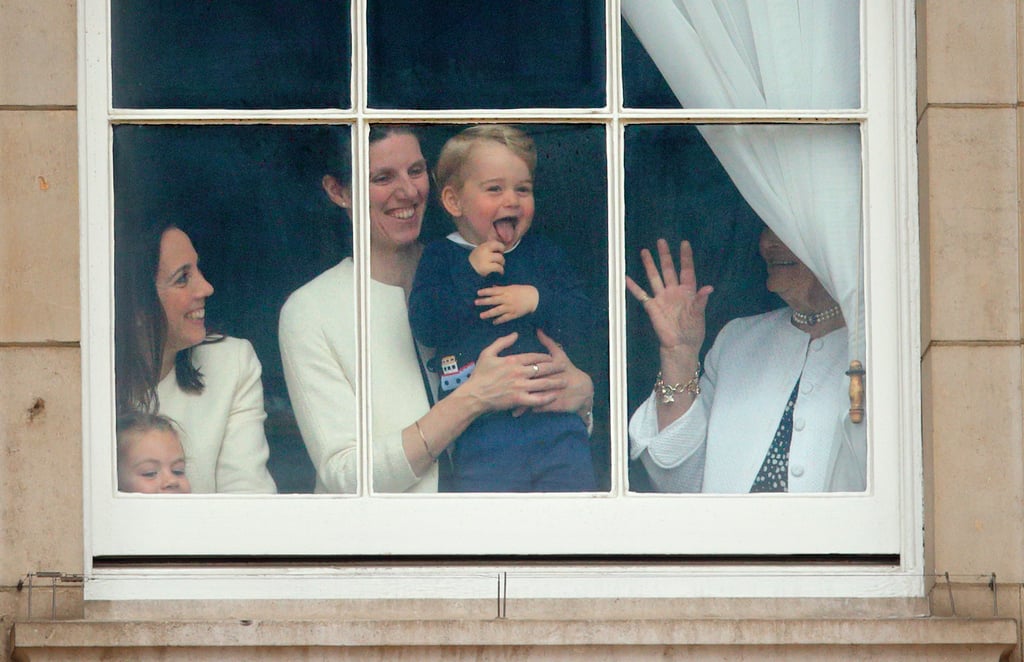 When you're the nanny to Prince George and Princess Charlotte, you take your job very seriously — but for Maria Teresa Turrion Borrallo, it sounds like she's struck the perfect balance between work and play. Joining the staff of the British family in March 2014 as the one and only nanny, Maria has grown incredibly close with the royal babies, watching them grow up right before her eyes. But according to People, she's "no pushover."

"Maria loves the children dearly," the site reports. "She can be firm and strict, but she is very loving and soft with them too."

With Kate Middleton giving birth to Prince Louis in April and the royal family reportedly not hiring any additional staff, Maria absolutely has her hands full, but she "adores the little royals," and the kids respect her as well. The 40-something woman from Palencia, Spain, has been spotted with the family countless times over the past four years, and for one woman in charge of three important children, she always looks like she has things totally under control, and we applaud her for it.

It shouldn't come as a surprise, however, as Maria is well-trained and suited for this powerful position. As we've previously reported, she's a graduate of Norland College, which is famous "for training the caretakers of the UK's most notable families." Not only is she equipped to protect "a future king or queen," but she's teaching Prince George and Princess Charlotte how to speak Spanish as well. Read on to see photos of Maria with the royal kids, and prepare to be seriously envious of her awesome job.

Related:
Ever Wonder What It's Like to Be a Royal Kid? Here's What Their Daily Lives Are Like
Previous Next Start Slideshow
Princess CharlotteThe RoyalsPrince GeorgeCelebrity FamiliesThe British Royals