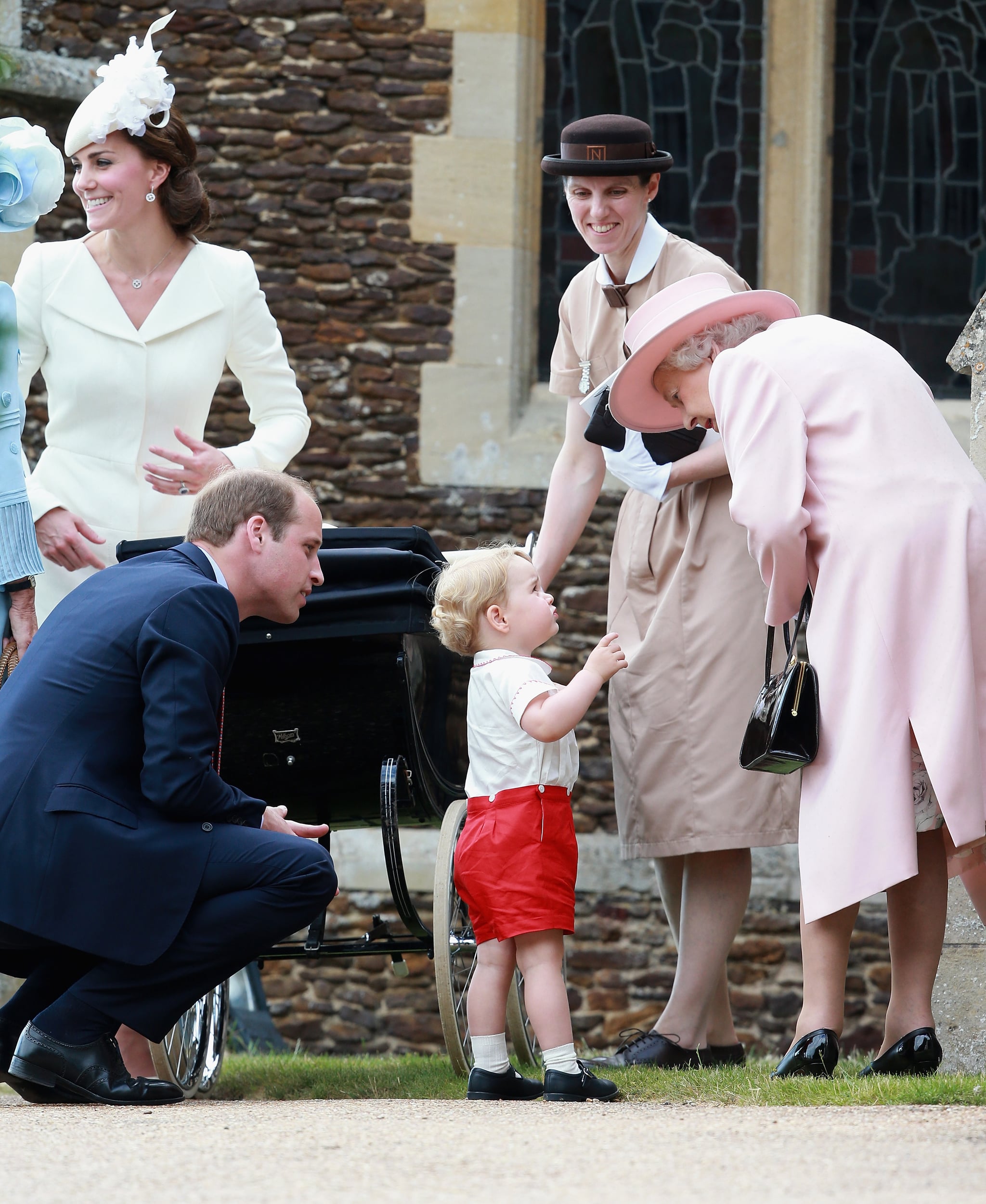 Kate Middleton is officially a mom of three! The Duchess of Cambridge and Prince William welcomed their third child, a baby boy named Louis, on April 23, and the world is officially in royal baby frenzy (that is, until Prince Harry and Meghan Markle tie the knot). While most people are celebrating the newest member of the royal family, public figures as well-known as Kate aren't strangers to having a few haters.

Who cares if she doesn't have a "regular" job? By having a nanny, she's helping herself be a better mother.

While Kate doesn't have a traditional 9-to-5 job that keeps her away from her kids most days, she is extremely busy. In addition to working with numerous charities, including her Heads Together initiative with William and Harry, Kate makes official appearances at locations all around England to raise awareness for issues affecting its people. She also goes on royal tours with her family, attends official dinners and galas, and, most importantly, is mom to her kids, Prince George, Princess Charlotte, and Prince Louis. And since starting their family in 2013, Kate and Will have used the care of a nanny, Maria Teresa. Naturally, plenty of people feel the need to judge their decision to have extra help when they already live at Kensington Palace, which has a full staff. My response? Leave her alone.

Related:
No, Kate Middleton Probably Didn't Get an Epidural — Here's Why

People can raise their children how they want to and that includes royals. Gone are the days from the 1950s when almost every suburban family chose to raise their children in the same cookie-cutter way. No mother should ever shame another mother for how they choose to raise their kids, or for having a little extra help with the everyday grind. Kate is simply giving her children a little extra love from another human being, and I don't see anything wrong with that. Those children are lucky enough to be born into royalty, but they're extra blessed that they have another person or two in their home keeping them safe, teaching them lessons, and making them feel special.

If I could afford a nanny to come into my home and play with my kids while I worked out or showered alone, then hell yes, I'd do it. Why not? Mothers, even duchesses, deserve some alone time, too. Who cares if she doesn't have a "regular" job? By having a nanny, she's helping herself be a better mother by simply giving herself a break. And motherhood can be lonely at times, too. Maybe she and her nanny have formed a little camaraderie. I bet having a nanny by her side helps her from going insane due to all of the mundane activities and messes that come with being a mother. We see Kate all dressed up and looking gorgeous in public, but she probably has messy hair and sweatpants days, too (man, I'd love to see that).

Related:
The People in the Delivery Room When Kate Middleton Gave Birth Says a Lot About How Far the Royals Have Come

And Kate is usually always with her kids whenever she can be. She and Will have been praised in the past for paving the way to a more modern monarchy, and that includes putting family ahead of their royal duties. They bring their children on royal tours, are open and honest about how they raise them, put them in traditional schools with other children, and yes, have play dates in the park with a nanny. Kate is a hands-on mother who's utilizing her resources. Let's not shame her for that but instead applaud her for doing a damn good job. She may be part of the royal family, but she's a mother, just like us, so we all have the same title and are doing our best at the hardest job in the world.