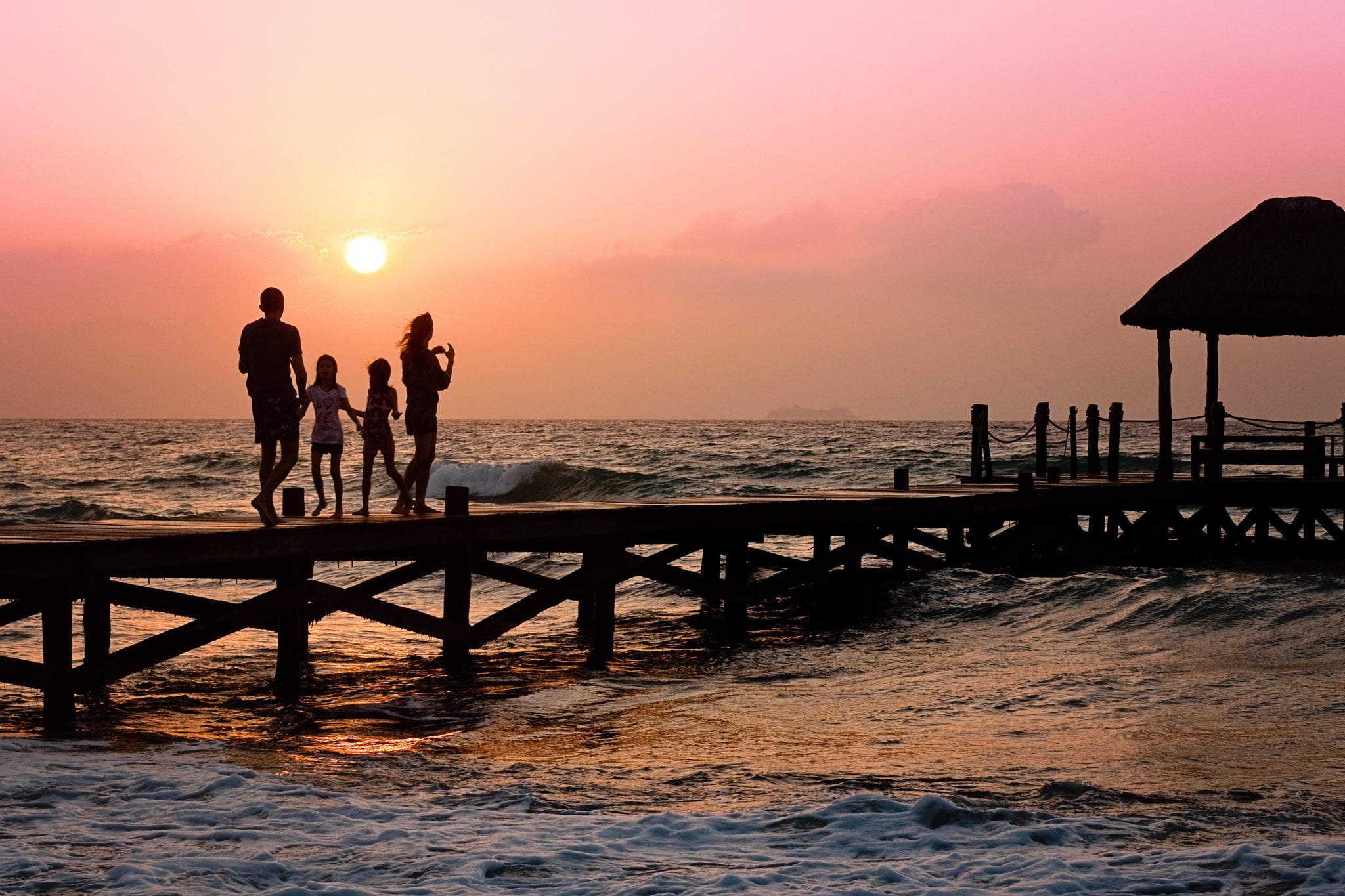 Last weekend, on a gloomy Sunday, my family, which includes myself, my husband, our 7-year-old daughter, and our 4-year-old son, was eager for an activity. We ruled out a movie since my daughter was convinced every children's film currently in theaters was too scary. My son's idea of finally putting together the 228-piece Playmobil Ghostbusters Firehouse I'd been hiding from him since Christmas was appealing to no one but him. And even my iPad-addicted children groaned at my husband's suggestion of watching a couple more YouTube videos while we made a plan.

We finally settled on bowling because my kids think it's cool, and my husband and I can't resist any activity that makes having a couple of drinks during the day acceptable (judge away!). A couple of hours later, deep into the fifth frame, we looked at each other and had an epiphany. We were actually having fun. Not the kind of "this isn't so bad and the kids aren't being totally awful" fun that we're used to experiencing on outings with our kids, but an actual good time. "I think we've gotten our lives back," I said, and the thought almost brought a tear to my eye.

Related:
9 Travel Coffee Mugs For Moms Who Love to Swear All the F*cking Time

"I think we've gotten our lives back," I said, and the thought almost brought a tear to my eye.

You see, if you're the kind of mom who is also a human with individual needs and the desire to stay active and social (aka every mom ever), young kids can really steal your spirit. Leaving the house involves weighing the cost-benefit of every excursion. A trip to the park? Fairly safe, unless your child isn't potty-trained, and my son didn't cross that finish line until he was almost four. Going out to a restaurant? Is the kid menu acceptable, and is it loud enough to accommodate the noise that my children will emit from their mouths and, if we get really desperate, their tablets? Heading to a movie? How many times can I take my toddler to the bathroom before I feel like we've spent $50 just to let him wash his hands in a new sink?

In short, doing absolutely anything that was normal before you became a parent is a minefield when you add in small children. And then one day, probably when your youngest child is somewhere between their fourth birthday and first grade, it isn't anymore. Suddenly, you'll realize that, while life is different than it was before kids — you still probably won't get to any of the Oscar-nominated movies before they're out on demand, and forget about being a regular at your favorite sushi spot — it might just be better.

Related:
5 Major Differences Between Marriage in Your 20s vs. Your 30s

Your kids are no longer making you feel like a prisoner in your own home and limiting your outings to quick and painful trips to the grocery store and the occasional play date. Instead, they're actually making life more fun, telling silly jokes at pizza dinners, and impressing you with their ability to entertain themselves on flights. Yes, you'll be in bed at 9:30 p.m. on vacations, but that only means you'll be up early enough to find the best pancake spot and get there before the crowds.

You'll begin to understand that people have decided to have children throughout history not just to continue the human race and their own blood lines, but because kids can be enjoyable each and every day, almost all day long. And you'll be glad that you survived the baby and toddler years without killing your spouse or losing your own identity, because the light at the end of that tunnel is so bright that it will shine on you even on a gloomy Sunday in a bowling alley, which, despite the communal shoes and cheap beer, becomes instantly beautiful, because it's where you discover you've gotten your life back.