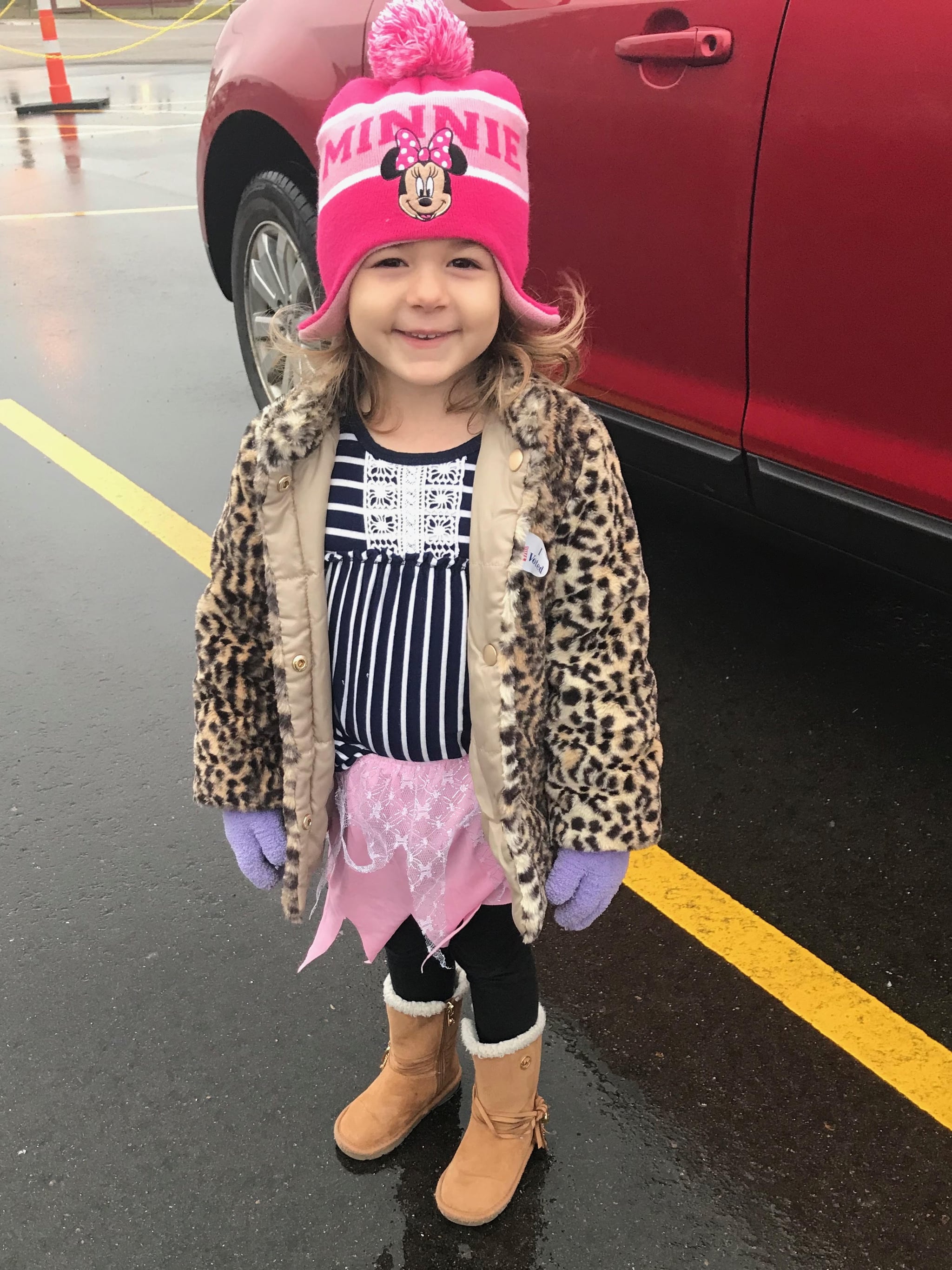 "Choose your battles" — it's one of the oldest lines of wisdom that people like to bestow upon new and veteran parents alike, and these, my friends, are words I live by. If, like me, you've had at least one strong-willed child — you know, the one who insists on doing everything their own way, at their own time, no matter what — you know exactly what I mean. When it comes to my daughter who's almost 5, I let her wear whatever she wants, whenever she wants to wear it. Because her outfit choices are a battle I refuse to fight. Yes, I have made the decision to simply embrace my child's creative style. Since the age of 1, my strong-willed daughter has had a thing for fashion, always insisting on what she wears. I fought the whole thing at first. I didn't want to be the mom who let her kid wear her pajamas to the grocery store, princess dresses to school, or mismatched clothing to play dates (dumb, I know), but her desire to dress for her own darn success only became stronger, so quickly, I just threw my hands up in the air.

Releasing that power to her felt like I was letting out the air in a balloon — one fewer battle to fight with her, and trust me, there are many throughout the day. I decided that making her go to bed on time, eating nutritious meals, and respecting authority were much more important. Plus, I came to the realization that it is vital that I teach my strong-willed daughter to not only embrace her own style but to also be proud of the way she looks. So now, I have the daughter who wears all of the wild outfits to all of the places — and I just don't care.

You can often find my daughter in a perfectly mismatched look. She'll wear her polka-dot leggings with a leopard dress. She likes to slip three different bows into her hair to finish off the ensemble, too. Sure, we get many head turns, comments, and even the occasional eye roll, but most of the time, people young and old love striking up a conversation with our little fashionista about her wardrobe choice. Strangers smile when they see my daughter donning her favorite duds. And because my daughter is only 5, I'm sure that her wild sense of style may dwindle once she enters elementary school. Honestly, I hope it doesn't.

I want my daughter to continue to listen to herself, and not all the other kids, when it comes to what she wears. I hope she aspires to be true to her own spirit and wear wild colors, prints, and fabrics. If it makes her happy and she feels good in it, then who cares? I will continue to not choose the fashion battle with my strong-willed daughter, because allowing myself to embrace her self of style is also fueling my daughter's confidence as a blooming girl.