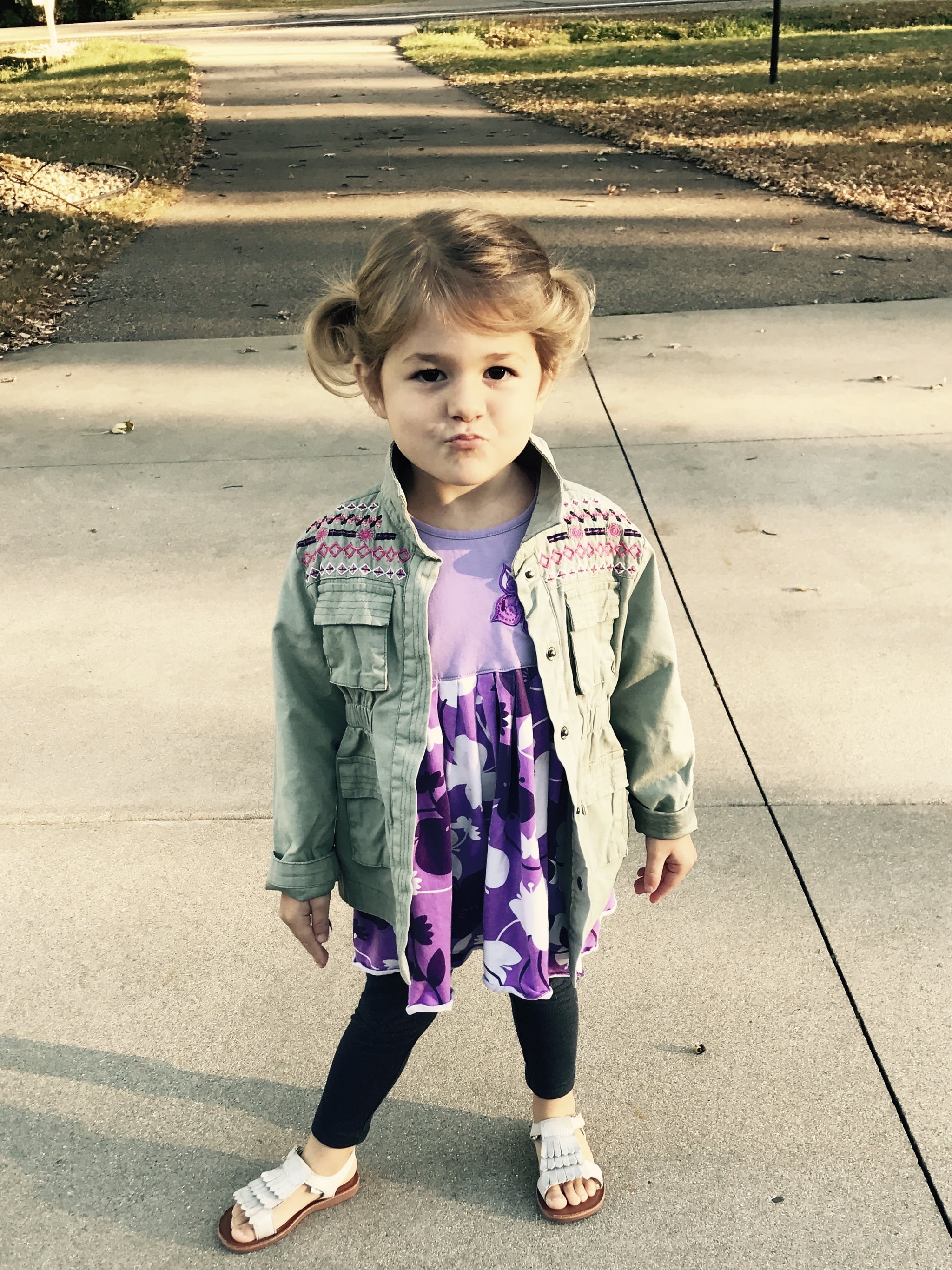 I walked my daughter into her preschool classroom. She looked for her name tag and picked it up off of the little table. As I clipped it onto her dress, I noticed her teacher motioning me with her hand to come speak with her. Her face carried a smirk, one that I had seen before when I was a kid.

I was in trouble.

I stood up and immediately started sweating. "What'd I do?" I thought. She waved toward herself, inviting me to go with her away from the other parents. Then she began talking in a low whisper. "I have to tell you something," she said. "Oh, God. What did my daughter say?" I asked.

If her teacher quieted her for speaking the truth, it could have had a negative impact on her.

Scenarios of my worst parenting moments began flashing through my brain, including all of the possible things my daughter has heard me say that she could have mimicked. Which swear word did she repeat in front of the whole class?

"No, no. It's not bad," the teacher said as she started to tell me the story. "So, the kids were all sitting on the carpet, and we began talking about Spring and everything that comes with it. I began telling the children about baby birds hatching and things like that. Then all of a sudden, your daughter raised her hand and blurted out, 'Well, when I was a baby, I came from my mommy's vagina!'"

I had to shove both the laughter and pride down my throat. I paused, and then responded, "Well, she asked me once so I told her the truth." Her teacher said, "No, it was fine actually. Until the one little boy said, 'That's a hole, right?'"

Related:
She's Beautiful, Is She Yours?

My daughter's preschool teacher reassured me that everything was fine and that she simply wanted to tell me the story because it was one that we would probably want to keep retelling until after my daughter's wedding day. We then had a quick conversation about how she brought the class back to green leaves growing from the trees and baby birds hatching from eggs after the whole "vagina" talk. She wasn't upset at all about my daughter's brutal honesty. And you know what? She didn't question my honest parenting approach, either. Instead, she just wanted to tell me a funny story about my daughter.

Looking back, I'm so grateful for that teacher because she didn't hush my daughter. Yes, my daughter is only 3, but if her preschool teacher quieted her for speaking the truth, it could have had an impact on her — a negative one. If my daughter were told not to say things like "vagina," she might have stopped raising her hand in class. If she were told that being honest and speaking the truth is a bad thing, she might have stopped being open about things. Her skyscraper self-confidence would have been sliced in half. But it wasn't. Her preschool teacher didn't do that to her. And my daughter is still as self-assured as ever.

Related:
12 Fun Mother-Daughter Activities to Bond With Your Favorite Girl

Not only did her teacher teach her things like how to write her name or count to 10, but she also taught my daughter that her words matter, her voice matters, her truth matters, and that she matters. I can only hope that my daughter's future teachers treat her with that same respect.

Yes, I've received that "You're in trouble" look too many times from teachers before. But I'm glad that my daughter hasn't seen it yet — especially when voicing the truth.