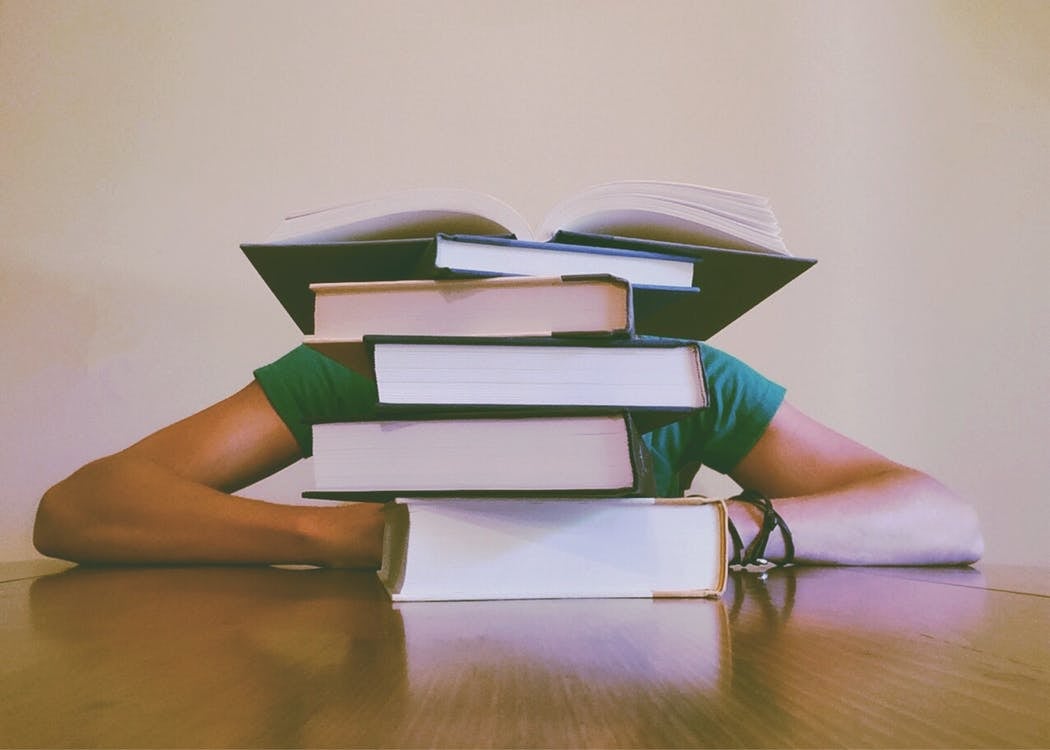 With the recent college admissions scandal swirling in the media, I've been thinking about my own college admissions process. My parents, like all parents, just wanted the best for their children. They set high expectations for us and wanted us to have the drive to achieve. I want the same for my kids. But regardless of how much we push, some kids might not achieve as much as we expect — and that's okay. I personally endured this during my application process.

In high school, I earned pretty decent grades, pulling in a 3.5 GPA by the time I graduated. But my math skills were bad — like really, really bad. I only took two years of it because back then, that's all I needed to graduate. So, with little math knowledge, I walked into the ACT exam room. It did not go well — I only earned a 21. Sigh. The big colleges were going to be out of reach for me. Unless, of course, there was a way I could get that math score up. My parents, determined that I could do better, were fortunate enough to be able to afford to hire an ACT tutor to help me practice those skills.

Related:
I Am Proud to Say I Went to Community College

Weekly, I would go to the tutor's house. My mother had learned of her through a couple of her friends, whose children had gone to her with great success. I remember sitting with my tutor at her dining table. The room was dimly lit. She'd try to coach me through how to answer certain math questions, but instead of paying attention to her, my eyes followed her black cat wandering around the room all around us. As a junior in high school, my mind was not focused on my ACT score, or even the future college I'd be attending. Instead, I thought about what party I'd be going to later that weekend and what outfit I'd choose to wear to it.

When the big day came to take the ACT (again), my mom prepped me. "You can do this, Angela," she said. "I believe in you." I don't even think I acknowledged her. I simply strutted into that school, took the test, and got ready for whatever party I was going to that Saturday evening. Weeks later when the white envelope arrived in the mail, I opened it only to see the exact same score: a 21. Double sigh.

My parents paid for this same dance one more time. Weeks before the ACT the following Fall, I went to the same tutor's house and my eyes followed the same black cat. Third time's a charm you must be thinking, right? Nope. I took the essay a third time and AGAIN earned the same dreadful score of a 21. Triple sigh. So no, I didn't get into any big college or university. Instead, I went to a small college and fumbled my way through it. I made a lot of mistakes. I partied too much. I skipped too many classes. I didn't contemplate my future. But you know what? I finished.

I was never destined to attend a big-time college. I would have flunked out in that first semester, I'm sure of it. That low ACT was a blessing for me. It really was. Today, I have two graduate degrees, one in counseling and one in English. Sure, I have regrets, but that low ACT score is definitely not one of them. In hindsight, I know that my parents were trying to do their best for me, and I'm so grateful that they were so invested in my education — both emotionally and financially. I was really lucky. They wanted me to succeed and to reach my highest potential. But at the time, I was simply a mediocre student. I needed time to learn, grow, and mature. I know it's difficult as parents because we see so much potential in our children, but sometimes, we just have to let them flounder and even fail — because that's when the real learning comes.