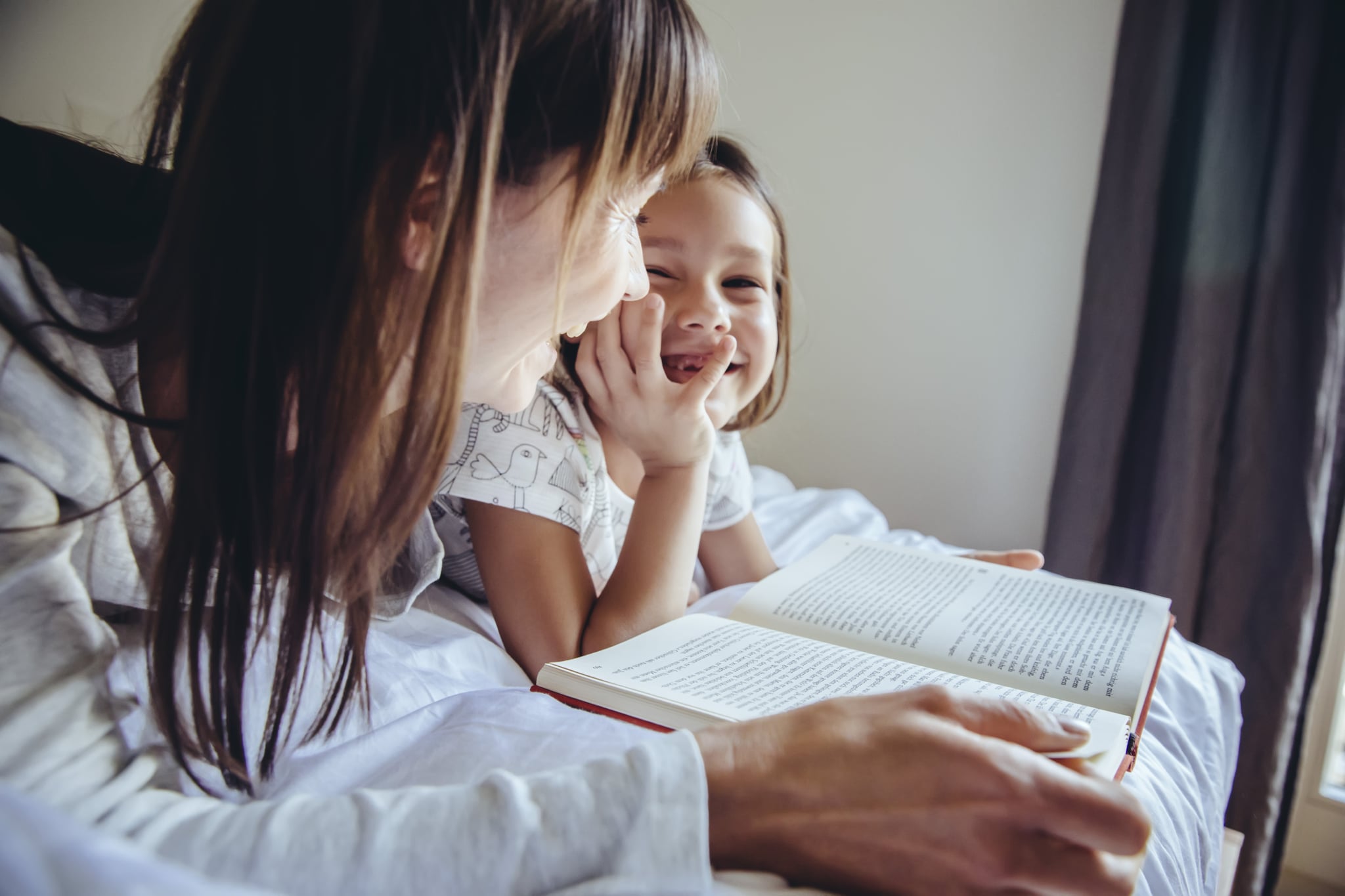 Like so many children in the United States, my 6-year-old daughter, Florence, walked out of her first-grade classroom on a mild day in mid-March and never returned. Our public school system announced a two-week shutdown, then closed the schools for the remainder of the academic year.

When I began to consider how my husband and I might fill the gaps in our daughter's education, I told myself that, if all we did was work on reading and a little math, Florence would likely be fine. I'm a writer and my husband's a mathematician, so we agreed to split our responsibilities down the middle — he'd handle the counting blocks and number lines and I'd take on the reading.

With bookstores shuttered, Florence and I went shopping for something to read on our own shelves. I'd bought the first box set of Barbara Park's Junie B. Jones books for my older daughter, but we'd never gotten going with them, so when Florence and I cracked Junie B. Jones and the Stupid Smelly Bus, we were both meeting this very spunky kindergartener for the first time. "My name is Junie B. Jones," she says on the first page. "The B stands for Beatrice. Except I don't like Beatrice. I just like B and that's all."

While we sat home in our pajamas, disinfecting our groceries and counting new COVID cases in Seattle and New York, Junie B. went to school. She met her teacher, learned to ride the smelly bus, and even made a friend. The world wasn't fair — she was frequently sent to the principal's office and people were always leaving the B off her name — but she was living in it, one exclamatory remark at a time.

Florence's words came haltingly at first, and I wondered why I hadn't been pushing the reading harder all along. We'd been busy, I told myself. There was always so much to do. Music lessons, sports practices, dance recitals. Now, we never left home, and it became easier to find the time for Florence to read aloud to me each day.

The first Junie B. book was published by Random House in 1992, and since then the series has sold more than 60 million copies. But I soon learned that Junie B. isn't universally adored, largely because her grasp on grammar is, frankly, about as atrocious as a kindergartener's. She uses words like "speedy" and "bestest," "sickish" and "snappish," which took Florence some time to wrap her tongue around. When my mother, who's a retired first-grade teacher, learned the two of us had become infatuated with Junie B.'s screwball antics, she rolled her eyes and suggested we read the Cam Jansen series instead.

But it was too late for all that — Florence and I were hooked on Junie B. We read along as she had a baby brother, shot off her big fat mouth, and cut her own hair. By the time Junie B. realized she hadn't been invited to that meanie Jim's birthday party, Florence had come to understand her own birthday party wasn't happening. Neither were the parties of any of her friends.

As Junie B. made more friends, Florence lost hers. Kids she'd sat with at lunch and played with at recess became part of a distant past. She hadn't seen those kids in months, and with cases rising around the country, it didn't look likely she'd see them again any time soon.

We blew through the first four Junie B. books and ordered more. The days a new book arrived on our front porch in a slim brown envelope were exciting ones, and we started keeping all the books we'd finished reading on a special shelf. There was something about seeing them there, all in a row, that made the last several months feel like they hadn't been a waste.

The longer Florence stayed out of school, the more we marveled at what we read. In Junie B.'s world, there were no masks, no face shields, no Plexiglas guards to protect teachers from students and vice versa. She stood on top of her friends in the lunch line, sat so close to May she could cheat off her paper, and shared a seat with Herb on the school bus. At one point, every single kid in her class stuck their hand in the same jar of jelly beans. "That would never be allowed now!" I joked with Florence, and she shook her head no way.

Related:
I Asked Friends to Film Themselves Reading, and Now Story Time Is a Bright Spot For My Son

The class play was almost ruined when a particularly nasty stomach virus made its way around Room One. To protect himself, Junie B.'s friend Sheldon began wearing a paper bag over his head, which didn't seem like a terrible idea, all things considered. The school nurse, Mrs. Weller, visited the classroom and tried to allay the fears of Sheldon and a few other hypochondriacs. She wrote "VIRUS" on the board in big letters. "These letters spell the word virus, children. Have any of you ever heard the word virus before?" Florence looked at me like this was very old news indeed.

Eventually, Junie B. graduated from kindergarten. It was a big to-do. The kids donned caps and gowns, and when Junie B. began to regret the big, purple polka dots she'd drawn all over her white gown, her classmates decorated their own gowns to match. "I'm going to miss you, Junie B. Jones," said her usually brittle teacher. "You are truly one of a kind."

For Florence, her school year ended with a parade of teachers, in cars, winding their way through our neighborhood. We sat on our porch, on an overcast spring day, reading Junie B. while we waited for them to make their way past our house. Eventually, I heard honking coming from down the street, but when I stood and began to point and wave at the decorated vehicles, Florence hid behind me.

"What's wrong?" I asked her as her principal rolled by in an open-topped Wrangler, but I couldn't get her to say a single word. All I could figure was that these teachers, in their cars, had to feel like they belonged to some other kid's life. When Florence's teacher eventually waved at her from a passing SUV, I began to bawl.

In first grade, Junie B. gets the teacher all of us want for our kids. His name is Mr. Scary, but he's a guy who's plenty approachable, appreciates Junie B.'s quirks, and, unlike her kindergarten teacher, always gives her the benefit of the doubt.

In July, our school district made the decision to go virtual, and Florence's teacher assignment for the 2020-21 school year came with a Chromebook and a reusable grocery bag full of workbooks and early readers. In the bag, there was also a kitchen timer, a pair of headphones, a whiteboard she could hold up in front of the screen like a paddle, and a pair of blue-light glasses to reduce glare-induced headaches. While Junie B. learned to write in a dumb journal, Florence learned how to use the mute button and that it wasn't a good idea to take the laptop into the bathroom when she had to pee.

Related:
I'm a Teacher, and I Truly Believe You Should Keep Your Kids Home This Fall

I wanted virtual learning to be the answer, but when, two weeks into the school year, Florence was drawing dinosaurs on the school-issued whiteboard while 16 kids tried to navigate to a "Kahoot" that wasn't working, we knew it was time to pull the plug. We opted to homeschool Florence instead, grateful that we have the type of jobs that allow us to exercise this option.

I always swore I wouldn't homeschool my kids, couldn't homeschool my kids. But I was surprised to find that, in this strange new world, I didn't mind it. There was more time for books, and over the course of the fall, Florence's reading continued to improve. Thanks to Junie B., she was reading words like "situation" and "audience," "cafeteria" and "interruption" with ease. A few times, she snuck the books into her bed late at night and whizzed through chapters on her own. "Hey!" I said, "I'm not going to know what's happening!" But she just grinned.

When we neared the end of the series, I promised Florence a family movie night to celebrate. She'd get to choose the movie, which, when you're the youngest of three kids, is a pretty big deal. "Will there be popsicles?" she asked, and because we live in an increasingly terrifying world, I said, "Why not?"

At the back of each Junie B. book, there's a photo of her creator, Barbara Park. In the picture, Park looks like she's in her late 40s or early 50s and every bit as spunky as the little girl she dreamed up. Florence and I decided we'd write to her, that we wanted to tell her how much we loved her books, but it was only when I read to the end of her biography that I realized she'd died in 2013.

Related:
I Was a Gifted Student and My Daughter Isn't, but That's OK

"We can't write to her, honey," I said to Florence slowly, worried about how she'd take the news. All around us, Americans were dying. The pandemic's death toll hit 100,000 and then 200,000 people, and health officials began to predict that we'd lose a half-million people by winter's end. It hurt to tell her that, when we finished the last Junie B. book, there wouldn't be any more.

Junie B. Jones: Turkeys We Have Loved and Eaten (and Other Thankful Stuff) is book 28 in the series, the last one Park wrote before she died of ovarian cancer at the age of 66. When Mr. Scary tries to get the kids in Room One to brainstorm what they're thankful for, he suggests big lofty democratic principles like freedom, but his ideas are immediately shot down. "We're only 6," Junie B.'s friend Roger reminds him. "We don't really have any freedom."

The children are thankful for exploding biscuits (Pillsbury Crescent Rolls) and rainbow sprinkles and toilet paper. I thought of the 36-pack of toilet paper I'd just bought at Costco. In 2020, toilet paper makes it on my list.

Book 28 is a Thanksgiving-themed book through and through, with the kids coming together to share a Thanksgiving feast. It shouldn't mark the end of Junie B.'s journey through first grade — after all, the school year won't end until June — but when Park's life ended, Junie B.'s adventures did, too.

As Florence and I read this last book and prepared to say good-bye to Junie B., I thought about what I'm thankful for. I'm thankful for my beautiful kids, and this year, in particular, I'm thankful for our health. But I'm also thankful for a wisecrack named Junie B. Jones who took my daughter to school during the year she stayed home.