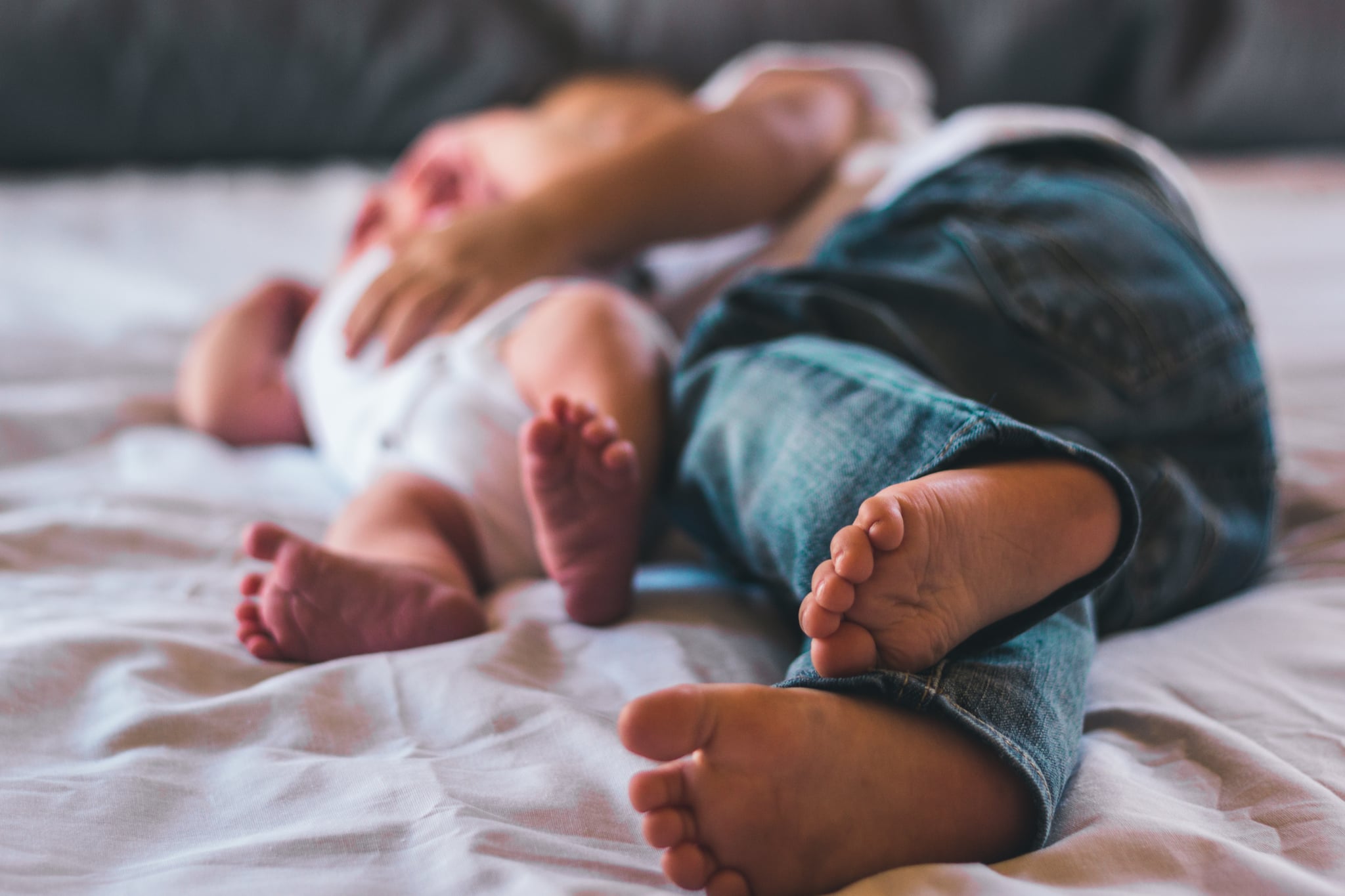 If there's one question kids ask that makes parents' hearts universally skip a beat, it's "So, where do babies come from?" Whether your kid brings it up at the sight of Mom's growing belly or casually asks it while driving to the grocery store one day, crafting the perfect, age-appropriate response can be tricky. Thankfully, we asked Dr. Elise Berlan, an adolescent medicine physician at Nationwide Children's Hospital and Kim Cavill, a sex educator and the creator of the podcast Six-Minute Sex Ed, for advice regarding this uncomfortable conversation. And as you may have guessed, no storks are involved.

How Should I Talk to My Little Kids About Where Babies Come From?

"This question comes up all the time in parent groups and at pediatrician offices. A lot of people talk about it!" Dr. Berlan told POPSUGAR. "One of the primary principles that I suggest sticking by is talking as much as possible in an age- and developmentally appropriate way so that younger children aren't scared by information or have a hard time processing it. Discussions with a 2-, 3-, or 4-year-old will look different compared to a conversation with an early adolescent, who has a better sense of relationships and body functions."

Although moms and dads might scramble at first, Dr. Berlan wants parents to realize they're 100 percent equipped to talk about sexual reproduction with their kids. "Don't panic," she said. "You don't have to call an expert. You don't have to look up and find the best book available because you are — by virtue of having children and being an adult — familiar with the basics of reproduction. Parents are really nervous about do they know the right information, but they're really the best people to teach their kids about it."

And while many of us grew up learning about how a stork drops off babies on the doorstep, it's best to avoid straight-up lying when you can. Additionally, parents should encourage their kids by saying something like, "What a great question!"

"With a younger child, the best approach is to take their natural curiosity and answer their questions in the simplest way that just kind of answers their question," Dr. Berlan advised. "If you really aren't prepared, you can always say, 'That is a great question. Let me think about that a little bit, and we'll talk about that.'"

Kim agrees, adding that children will naturally bubble up questions. "They'll see someone in public who's very obviously pregnant and start to ask questions," explained Kim. "We want to generally encourage children's natural curiosity. It's not just about this subject but about any subject."

For this age group, feel free to explain that a baby is made when two people love each other very much, but avoid oversharing about anything related to the minute biology behind it or — God forbid — the intricacies of childbirth.

How Should I Talk to My Big Kids About Where Babies Come From?

As your child gets older, the birds and the bees discussion will likely change. A common quagmire that parents fall into is trying to explain the reality of human reproduction when they've seriously fudged the details before. Though it's tempting to give kids a super-watered-down explanation, they have an expiration date.

"Kids trust their parents. Don't make something up that's not true," Dr. Berlan cautioned. "If we need to kind of hedge the details or simplify, that's always OK."

Moreover, as children get older, there are more opportunities to have these conversations in day-to-day life. And FYI: moms and dads should take advantage of them.

"There are a lot of good learning chances, whether it's watching TV together or seeing feminine hygiene products in the shopping cart," Dr. Berlan said. "There are a lot of times where you're able to answer kids' questions or start the conversation. You might get an email notice that your child has their fifth-grade puberty talk coming up. These are great ways to say, 'Oh hey, what do you think about that class coming up?' Or, 'Are you wondering about this?'"

Ordering a few books online about puberty and sex couldn't hurt, either, for the older age group. Dr. Berlan suggests scoring copies of Robie Harris books like It's Not the Stork! ($12), It's So Amazing! ($12), and It's Perfectly Normal ($12). American Girl also has some great options, such as Care and Keeping of You: The Body Book For Girls ($17).

What If They Find Out From Their Peers First?

Depending on your child's maturity level and peers, he or she might hear the first snippets of baby talk at school. If that's the case, open the conversation by gauging what they were told.

"Start with that very open welcoming language," Dr. Berlan said. "I would start with checking with the child by asking, 'What have you heard?' 'What did your friend say?' 'What do you think about that?' or 'And what questions do you have?'"

Though you might be taken aback by the question at first, try your best to stay calm to keep the dialogue going. "Really open it up for the child first, because if you rush to correct them too soon, you may also indirectly close down the curiosity or the conversation," she explained. "Believe it or not, the information they've heard might actually be accurate! Or hey, it might not be! That's when you provide an age-appropriate correction."

At the end of the day, though it can be difficult, your biggest concern should be providing your child with easy-to-digest information and fielding follow-up questions. In other words: don't overthink it!

What If My Kids Never Directly Ask About Sex?

Believe it or not, it's not all that unusual if your child doesn't bring up sex at all. Although it may be uncomfortable, Kim encourages parents to have the conversation regardless.

"If you have a kid that's just not taking the initiative, it's OK to take start the conversation yourself," explained Kim. "You're not encroaching on their personal space by doing that. If your child is closer to adolescence and acts like they're going to die as soon as you start talking, be good-natured about it and realize that it's a healthy reaction. They're showing their independence and that's what you want in your child. Don't take it personally. It's OK to have hard conversations with people that you love."

How Do I Talk to My Child With Special Needs About Sex?

Having the sex conversation is critical for parents who have kids with special needs. Although it may seem difficult, Kim reassures parents that every child should learn about sex and intimacy.

"If there is sex education or social emotional learning programs at the school, it's really important to advocate for your child to make sure that kids on IEPs or in special needs classrooms are included in that instruction," she said. "Ensure they're not sidelined. Just because a person has some kind of disability does not mean that they don't have a sexuality. They're every bit as entitled to this information as any other person."

Furthermore, Kim has suggested some tools parents can access that make sex education accessible to their child. One of her favorite programs is Boardmaker, which is a a picture communication system that can be used to supplement the education schools provide. Additionally, moms and dads can purchase an app called Circles for $20, which teaches children about boundaries in an easy-to-digest way.

"Circles creates a rainbow-shaped bullseye. If you can imagine an archery target, it looks like a series of circles, and each layer of the circle represents a different layer of social intimacy and social expectations," Kim explained. "So the center of the circle is just me. I'm the boss of my body. No one gets to come into this space because I own my body."

Although this system can benefit all kids, it can be especially useful for children with developmental disabilities who may have trouble picking up on social cues. "Each ring grows in distance until at the end, where it's just people I don't know," said Kim. "It distinguishes who's at various levels of my social circle, and who, for example, I can expect to give hugs to or have them offered back to me."