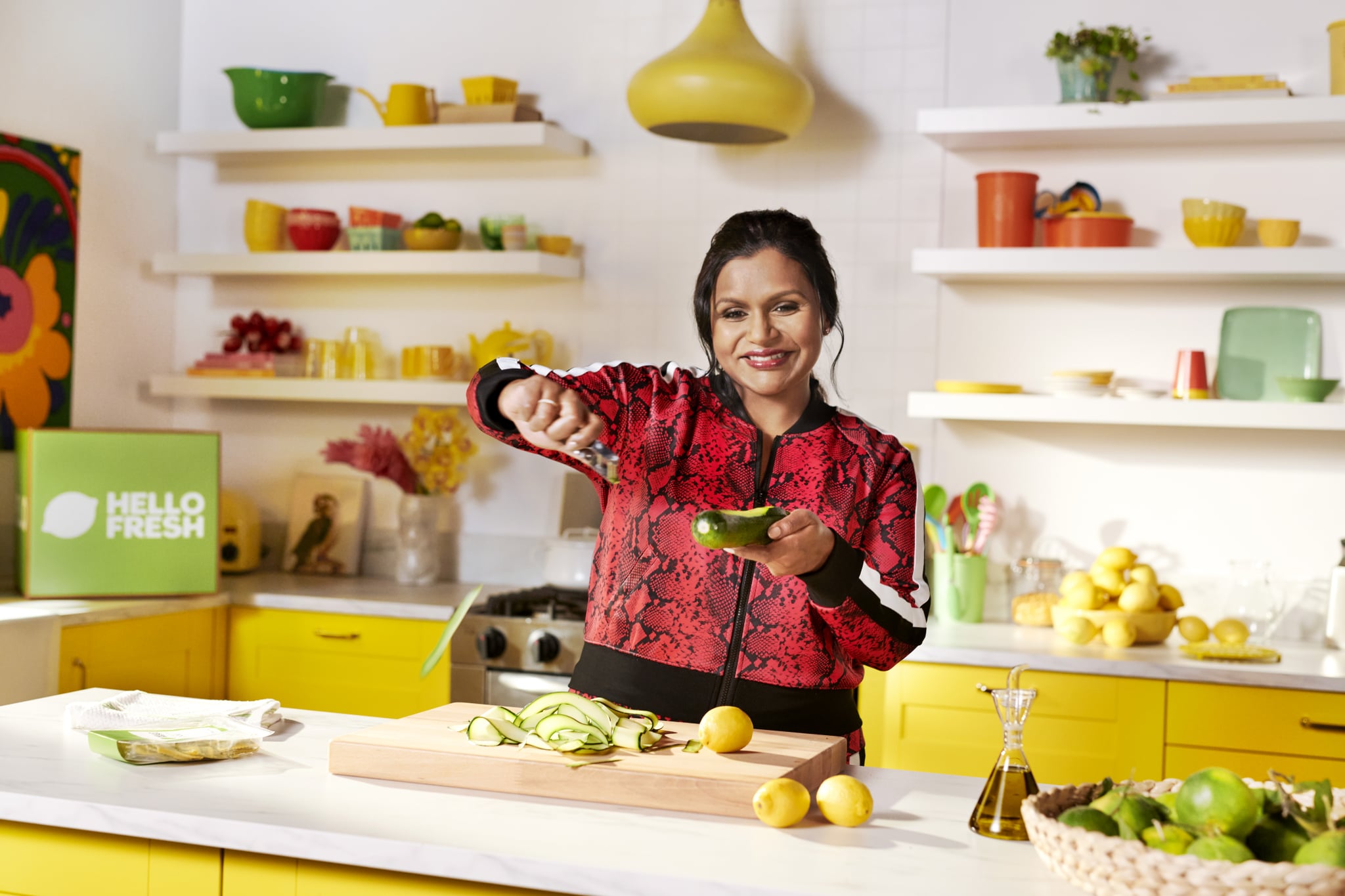 I had no interest — and, if I'm being honest, no skills — in cooking until I had kids, but then, as soon as my little ones were able to eat solid foods, I felt this unyielding desire to become the next Julia Child for my family. Turns out, I'm more than happy to be some version of a Mindy Kaling.

See, Mindy was once a self-proclaimed "bad cook," and after having her daughter, Katherine, in 2017, she decided to turn things around in the kitchen and now boasts that she's become a "solid B-minus cook."

It's that kind of growth parents like me aspire to achieve.

"I think I suffer from what a lot of women do, which is that I really do want to do it all."

"I think I suffer from what a lot of women do, which is that I really do want to do it all," she told POPSUGAR. "Even though I work full-time and I'm a single mom, I really want to be the kind of mom where my kids grow up and they're like, 'Oh, my mom was a writer, an actor, and she always cooked for us!'"

The hitch? She didn't know where to begin.

"I used to be the kind of cook where I would make things so infrequently that I never got to rally learn the hacks, the ways to make things easier," she said. "It was just one of those things where I was in college and I'd get really excited about cooking for a big holiday or for Friendsgiving, and then I wouldn't cook again for four months. My mom was a doctor, but then she would also cook things from memory. I remember being so astounded by that, and to this day, I cannot cook anything from memory."

Related:
I Tried to Put My Kids on a Strict Snack Schedule For a Month, and Here's What I Learned

She credits two things with helping her gain confidence in the kitchen, and they're not unlike what many parents across the globe have also realized. First, there was the unexpected, uninterrupted time at home due to the coronavirus outbreak. "What's been nice about being in quarantine is that I'm cooking so frequently now that I think I look pretty impressive to my daughter because I can cook, like, chocolate chip cookies from scratch now." 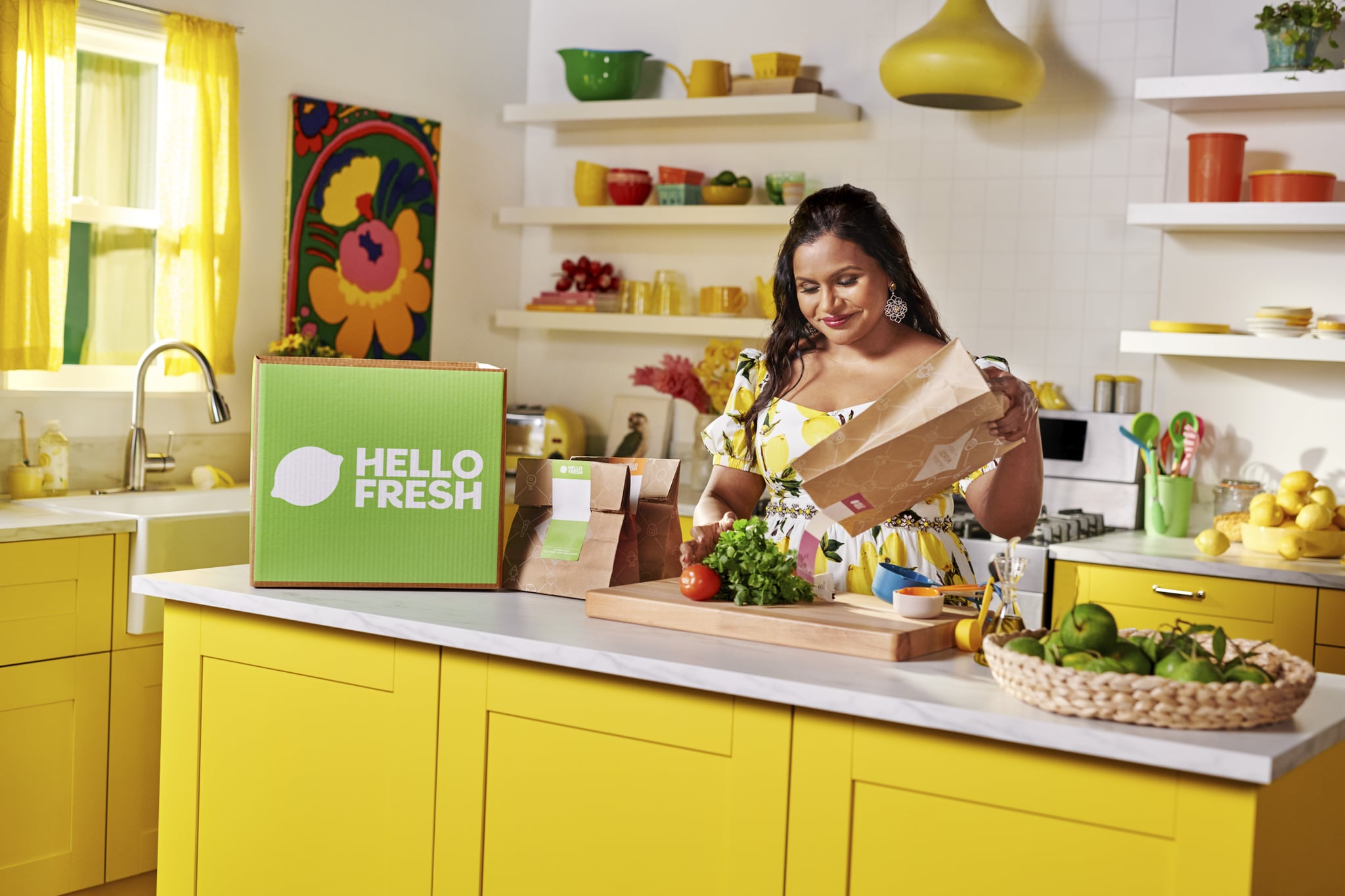 The other hat-tip goes to HelloFresh, a meal-kit delivery service that provides measured-out ingredients and easy-to-follow recipes to wannabe chefs, both Mindy and myself included. She became such a fan of the deliveries pre-pandemic — because "it's not possible for me to cook like that if I have to get everything on my own" — that she is now partnering with the brand to release a four-episode video series this January. The webisodes will feature Mindy in the kitchen offering tips on the art of moderately impressive cooking, on avoiding the grocery store, and on cooking a dinner her picky daughter will actually eat (she recommends the 15-minute garden spinach ricotta ravioli, if you're in the same boat).

"I used to be the kind of cook where I would make things so infrequently that I never got to rally learn the hacks, the ways to make things easier."

"It just makes mealtime really easy, and every time I'm cooking, I just think, 'I hope my daughter's watching,'" she said, hinting that she'd love her kids — newborn Spencer included — to be impressed by her culinary skills. "I'm OK with them not understanding that it's a little easier for me than having to actually go to the grocery store and everything."

I too have used family-friendly meal-delivery kits like HelloFresh, and like Mindy, it's boosted my culinary confidence along the way. "Between doing HelloFresh during the week and then trying to master a couple of recipes on the weekend myself," she told me, "I've actually started to really love cooking."

And if you need proof that Mindy is quickly evolved into B+ cooking territory, just check out her Instagram feed and heed one of her must-follow house rules.

"If I'm going to go through the trouble of cooking dinner for myself and I'm not ordering takeout, then my phone gets to eat first," Mindy joked. "I get to take a photo of the food looking beautifully plated before I have a bite — by the way, before anybody else in my household gets to have a bite." When I revealed I do the same thing whenever a homemade holiday-themed dish is on the counter, she warned me to get ready for the month ahead. "My kid will be like, 'Wait, when do we finally get to eat? Mom has been filming our food for 10 minutes.'"