When Heather Avis, a mom and author of The Lucky Few, realized she couldn't get pregnant, she and her husband, Josh, relied on their faith to get them through the hard days. Although having children biologically wasn't in the cards for them, Heather and Josh eventually became parents through adoption. Now a mom to three beautiful children — one who is biracial and two who have Down syndrome — Heather shared her experiences with adopting children with disabilities as well as what the transracial adoption process is like.

Heather and Josh's foray into parenthood began in 2008 when they first began to consider adoption as a realistic avenue. Although they weren't confident they could take on a child with disabilities at first, their decision changed when their daughter Macyn — or Macy, for short — now 12, came into their lives.

Related:
2 Moms on Adopting Their Sons With Special Needs: "We Only Wanted a Child With Down Syndrome"

"We weren't considering kids with Down syndrome, but that's where our story went," Heather told POPSUGAR. "The simplest answer is, we didn't want to say yes to adopting a child with Down syndrome, but we also knew we couldn't say no. Adopting Macyn just opened up our eyes to the full world of embracing the unexpected. There are things in life that we think are terrifying and then when we actually go for it, it's great."

As soon as Macyn came home, everything just clicked for the Avis family. "Once we said yes, everything made sense," Heather recalled. "We were like, 'Wait a second, why are people trying to avoid adopting a child with Down syndrome?' Macyn is amazing. I'm learning so much from her. And yes, it's hard, but hard doesn't mean it's bad."

"We were like, 'Wait a second, why are people trying to avoid adopting a child with Down syndrome?'"

Their experience with Macyn propelled Heather and Josh to adopt another child in 2011, and they had a motto the second time around: "Whatever child comes our way, we're going to be open to." Armed with an overwhelming sense of positivity, the Avises formally adopted their second daughter, Truly, who is both Black and Guatemalan, and was 6 months old when Heather and Josh adopted her from foster care.

Despite having a few years of parenting under their belts, Heather knew that adopting a child of another race would have its challenges. "Being a transracial adoptive parent has been such a learning curve, and continues to be," she shared. "It's very layered, it's very heavy. It's incredibly important to be intentional in this space. At one point, we had moved to another city that was more diverse so she could be around people who look like her often." 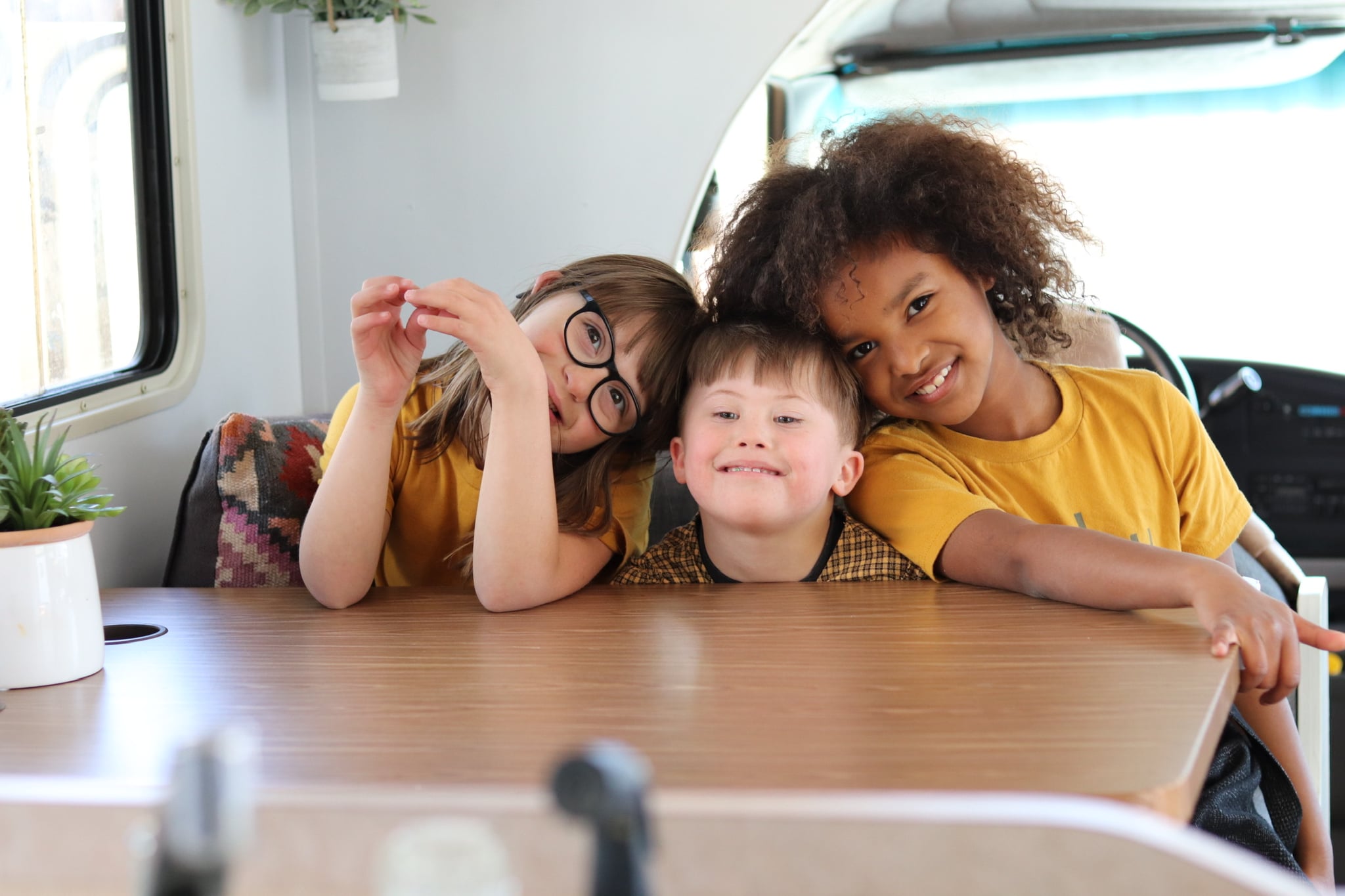 While Heather and Josh have since moved to a less diverse area, ensuring Truly is connected to her heritage is still paramount. "Since we've moved to a less racially diverse space, we've enrolled Truly in a charter school that we have to commute to, because there's more diversity there," she explained, adding that the conversation about race continues at home. "The books we read and the shows we watch don't have many white characters, nor do we have any white dolls."

"That's any parent; you do the things that you need to do. And so yes, it requires a little bit more. But that's our normal."

As a white woman, Heather is also conscious of expanding her experiences and learning from others. "I make sure that I'm following accounts of leaders in the race space on social media who are people of color," she said. "I think my biggest piece of advice to a parent adopting outside their race is that they have to be a learner. You have to be intentional to make sure that your child knows their racial and ethnic identity and spends time with people who have similar backgrounds."

By 2013, the Avises were ready to bring another child into the fold. Although they knew they wanted to adopt again, the process for adopting their youngest, a son named August, looked a little bit different. "We got a phone call about a mom who was pregnant with [August], and he had a Down syndrome in utero diagnosis," she explained. "We found out when she was seven months pregnant that she wanted to do an adoption plan based off his diagnosis."

Two months later, August was officially part of the Avis clan, and Heather completely gushes about him. And while she admits that adopting kids with disabilities is certainly hard, you just have to make it work. "You just do what you gotta do, you know what I mean? That's any parent, you do the things that you need to do. And so yes, it requires a little bit more. But that's our normal," she said. "It's really taught us that there's this whole life happening out there that's so different than what I had hoped for or expected. I'm learning so many real life lessons that I would otherwise miss out on."

To stay updated with Heather's adorable brood, check out her Instagram page, The Lucky Few.