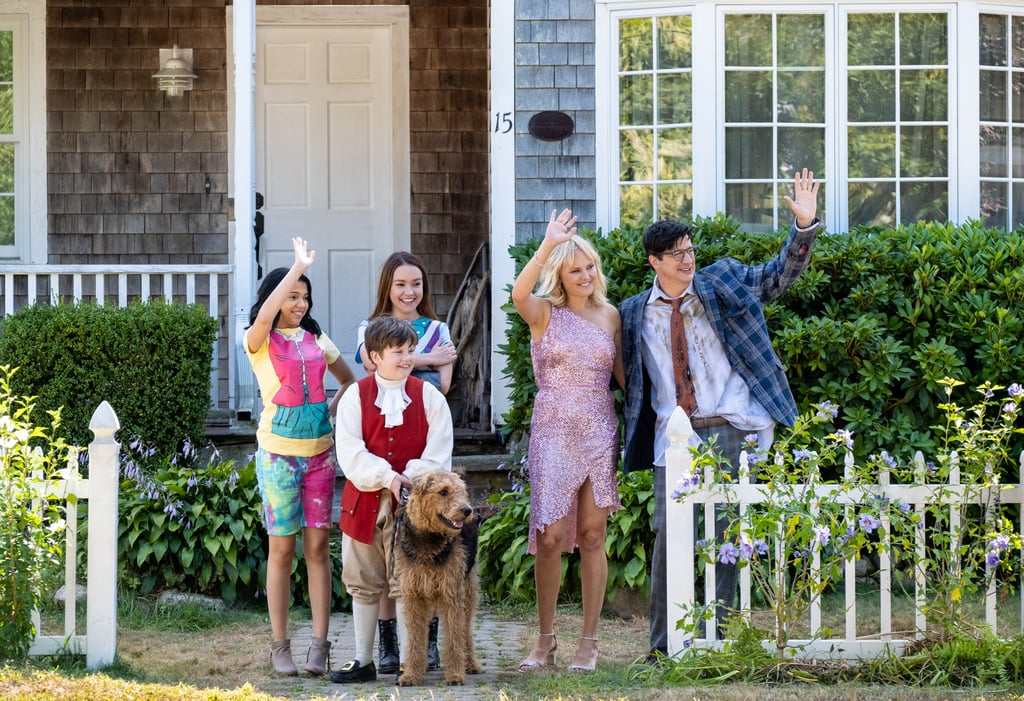 When cueing up a movie with the family, it's often hard to find a title that appeals to everyone. Some films might be too violent for little ones, while those geared to a younger set that will have big kids' eyes rolling as soon as you press play. Fortunately, The Sleepover — which was released on Netflix on Aug. 21 — doesn't have those issues.

The action flick follows two siblings, Clancy (played by Sadie Stanley) and Kevin (Maxwell Simkins), who are forced to rescue their mom after realizing that she's a former thief who's been in the witness protection program. Once she's forced to pull one last job by the bad guys, Kevin and Clancy grab some of their closest friends to go on a wild adventure.

With a PG rating, it's safe to say The Sleepover is quintessentially kid-friendly. And parents, thanks to hilarious performances by Malin Akerman and Ken Marino, rest assured you'll be laughing along, too. Ahead, find some of the biggest elements parents should be aware of before watching this incredibly entertaining flick.

Netflix
Karla Souza Says She Insisted on Doing Her Own "Day Shift" Fight Scenes: "I Don't Want Any Doubles"
by Njera Perkins 9 hours ago