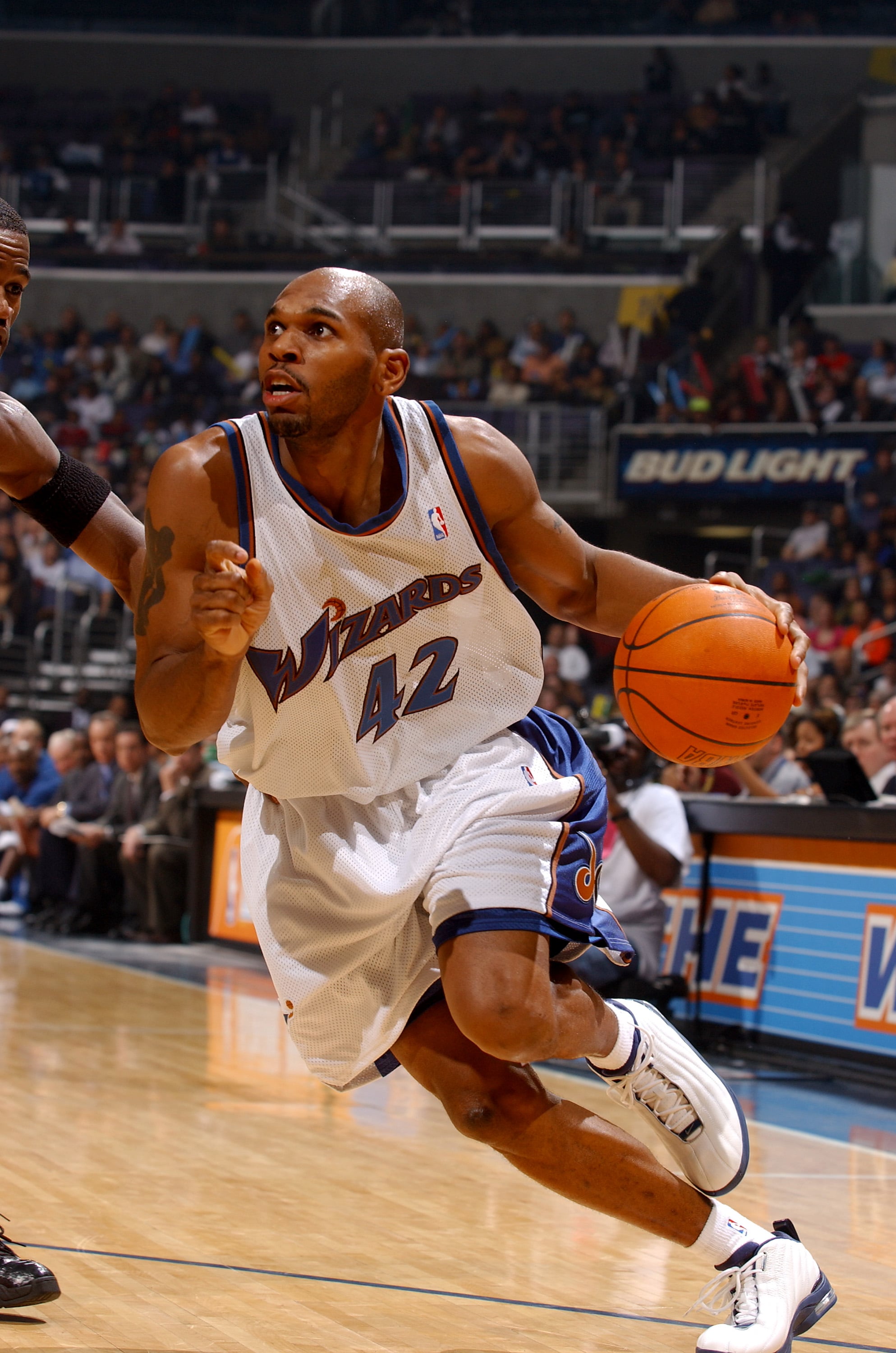 My father, Jerry Stackhouse, played professional basketball in the NBA from 1995 to 2013, and he later went on to coach teams in the NBA, the G-League (the NBA's developmental league), and now, college at Vanderbilt University. While it may be a little cliché to say "he's just 'Dad' to me," it's the honest truth; however, I recognize that certain dynamics of my childhood were shaped by my father having a relatively unique profession. I also equate some of my current mindsets with the way I grew up and the different experiences I've had thanks to my dad's decades-long career.

Being homeschooled throughout elementary school was one of the most influential experiences I've had as a result of my dad's job. When I was younger, my family would relocate to wherever my dad was traded, bouncing between places and teams like the Washington Wizards or the Dallas Mavericks. Because of the unpredictable relocations, my parents figured homeschooling would be a good educational route for my younger brother and me.

While I can't speak to the experience my mom had homeschooling us, I absolutely loved it. It may not have been the same experience that my friends who went to public or private schools had, but being homeschooled felt well-rounded to me. It allotted so much time for a wide range of extracurriculars, like gymnastics, art, cooking, acting, and more. Plus, my brother and I would spend a couple days out of the week taking different academic courses with other kids at what I called "schools for homeschoolers." They were essentially schools — yes, with classrooms and all — that were dedicated to offering homeschooled kids supplementary social learning experiences. Most of them were very "art-centric" and focused on teaching music, theater, and the arts as a whole.

Related:
Why It's Important to Keep My Family Traditions Strong For the Next Generation

Getting involved with these "schools" helped my brother and me build a strong network of friends who were homeschooled as well. We also had tutors who came to our home on occasion for subjects like science and Spanish — areas that my mom personally disliked teaching (or, in the case of Spanish, couldn't) but still wanted my brother and me to experience. I'd say she succeeded; I remember those tutoring sessions as highlights of my week (and I'm now fluent in Spanish). 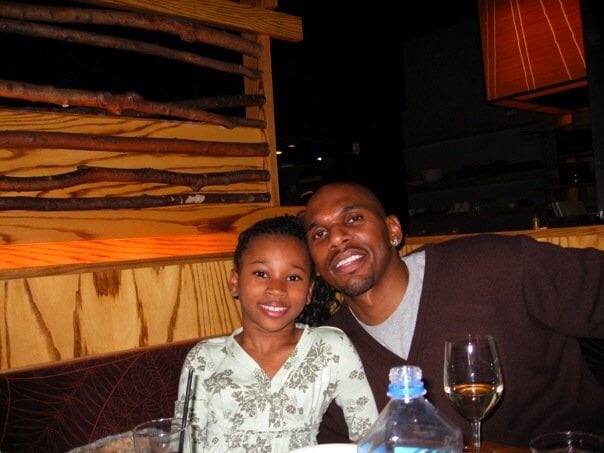 Through all those moves, my favorite place was Dallas. We lived in Dallas from 2004 to 2010, and it was a blast for a number of reasons, but going to the Mavericks games and watching my dad play is one of the biggest reasons I look back on my time in Texas so fondly. Our seats were always directly next to where the cheerleaders stood, and I looked forward to going over and talking to them. At the end of the games, we'd go down to the "family room," which is where the players' families and loved ones wait for them to come out of the locker room. That was also exciting because there'd be food and TV (all my 8-year-old self needed to be content), and I'd get to mingle with some of the other players' kids.

By the time my dad was traded to the Atlanta Hawks in 2011, I'd made friends in Texas who were hard to leave behind. I'd recognized the nature of my dad's work from a very young age — I was a little older this time around (11 as opposed to 5 years old), but I'd moved away from friends in the past whom I'd stayed in contact with via letters, phone calls, and email. I understood this move to Atlanta was necessary and didn't mean I'd never talk to any of my Texas friends again, so I did my best to stay positive, despite my initial warped assumption that everyone I encountered in Georgia would be racist.

Related:
I Had to Take Care of My Family Growing Up, and It Shaped Who I Am

Once we got to Atlanta, my parents decided they wanted to establish a home base of sorts. We bought a house in the suburbs, and my brother and I started public school for the first time. At this point, I was in sixth grade, and my brother was in fourth grade. My dad was still traded to different teams after that, but because my brother and I were in school, we couldn't constantly travel around with him, apart from breaks and vacations. I'm sure this new dynamic was hard on my mom at first, since she essentially raised us alone 60 percent of the time. However, I was too young to understand the full gravity of what was changing and viewed it as an opportunity for us to live in multiple cities simultaneously. Despite mostly enjoying being enrolled in public school, my middle school and high school years were riddled with people who I could tell only wanted to be friends with me because of who my dad was. Middle school in particular was clique-heavy, and I realized many of the students who were deemed "popular" would invite me to hang out only to later ask for my dad's autograph or try to invite themselves over to see what my house looked like. By the time high school rolled around, I decided to lay low on the social scene. Granted, I was involved with Spanish club, H.O.P.E. (Hispanic Organization Promoting Education), student council, Humane Society, cheerleading, and theater. But I only joined these organizations in efforts to see what I was passionate about and keep busy, rather than to make friends or meet people. Despite my heavy after-school involvement, I still disassociated with the school's mainstream social scene and kept what I believed to be a low profile. And though I found that not everyone I encountered in suburban Atlanta was racist, I still dealt with racist microagressions on a pretty regular basis. Despite all that, I did gain a few long-term friends along the way. 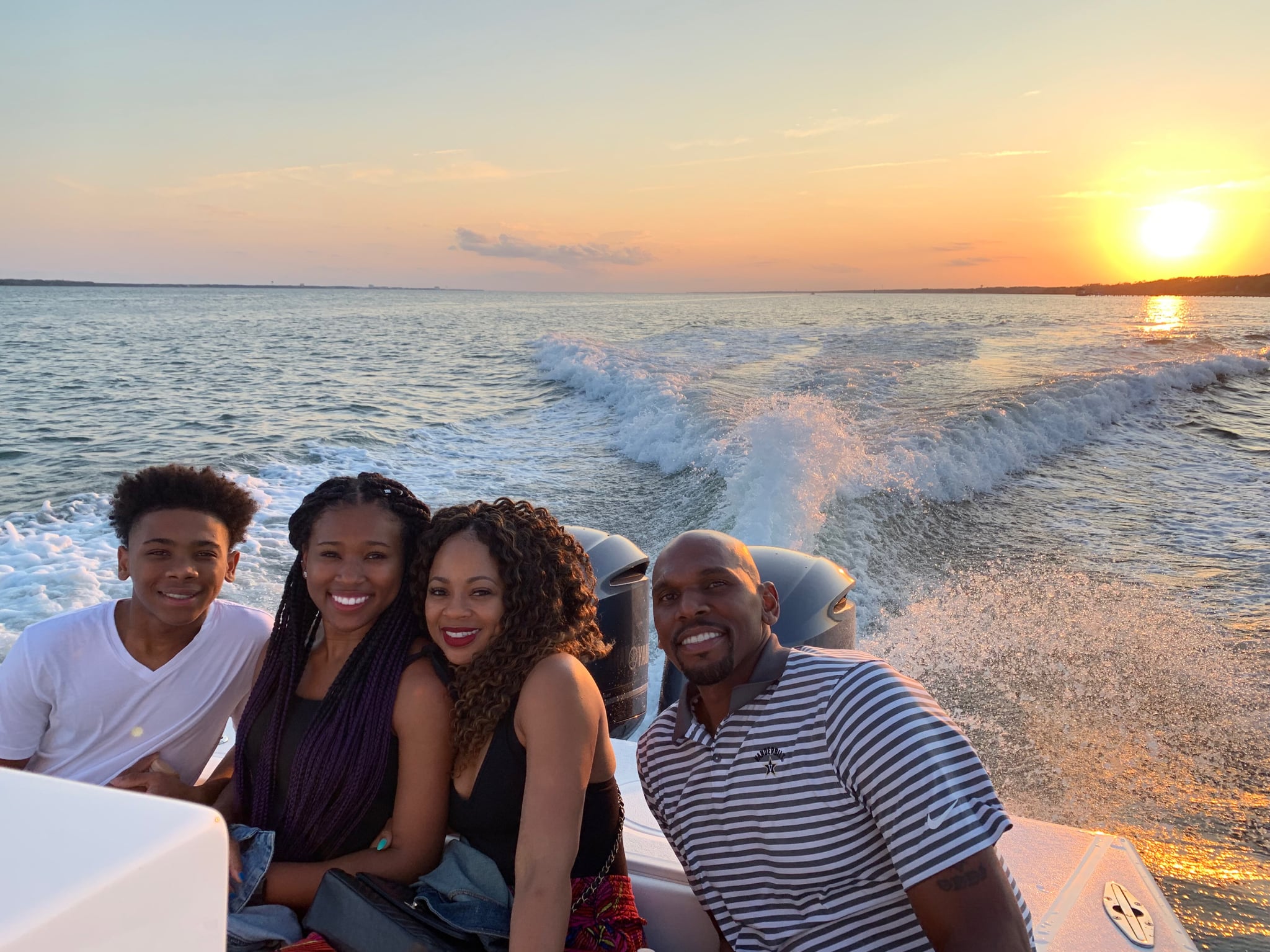 Of course, there were some very cool surface-level perks to my dad's job. There were a few summers I spent with friends and family on my dad's yacht when I was younger — a privilege I'm very grateful for. Beyond that, I've traveled quite a bit, both for my dad's work (whether relocating or attending my dad's away games) and vacations. When my dad retired in 2013, he worked as a sports commentator for a few years until he eventually received a head-coaching offer from the Raptors 905 (the G-League team in Toronto) in 2016. I spent so much time in the greater Toronto area that I've fallen in love with the city and have to live there once I graduate. And I've come across some extraordinary circumstances thanks to my dad — like being in a public space and constantly having people run up to him asking for autographs and photos (it never stops being weird). Overall, though, I'd say I had a pretty normal childhood.

But like anyone, the way I grew up taught me a few valuable lessons. First and foremost, I learned to feel at home practically anywhere. I have the ability to adapt, feel comfortable, and connect with people regardless of the cultural setting or geographic location. I also look at the fact that I don't have a hometown per se as a positive aspect of my identity. I love being able to say that I'm from nowhere and everywhere all at once. And I've adopted the mentality that "the world is my playground," thanks to the constant moving around. All in all, I'm grateful for the childhood I had, and I love the person I've become as a result of my (and my dad's) experiences.