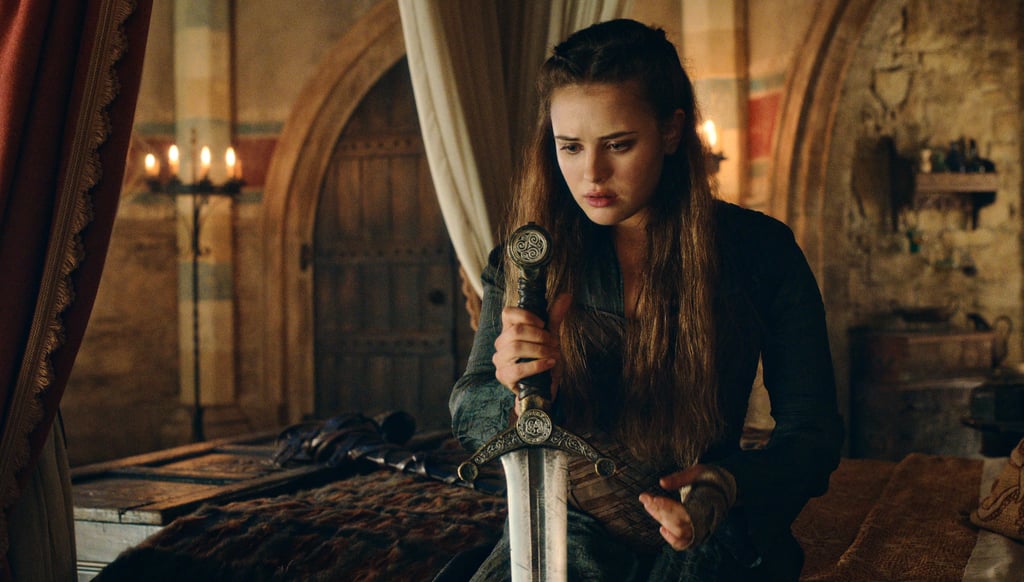 Netflix's Cursed Is Captivating, but the Epic Fantasy Is Definitely Not For Kids

An imaginative retelling of the Arthurian legend of the Lady of the Lake, Netflix's Cursed will hook you into its fantastic world. Still, it's not a show geared toward young kids, and the TV-MA rating says it all. There's gore, violence, sex, and did we mention gore? The series, helmed by Frank Miller and Tom Wheeler, is gritty for sure. If you're wondering whether or not it's appropriate for your kids, we've compiled a comprehensive parent's guide to Cursed.

While Cursed doesn't go light on violence, it's a well-crafted show that older kids, perhaps mature teens, can appreciate. If your kid can handle R-rated movies, they might be able to meaningfully reflect on the epic ten-episode series. Cursed is a coming-of-age fantasy with a nuanced female lead who learns to accept her powers. Katherine Langford's Nimue honors her mother's request to deliver a sword to Merlin the magician and stands up for her fellow Fey, who are being slaughtered by vicious Red Paladins. Strong messages about loyalty and justice drive the story forward. On the representation front, people of color occupy meaningful roles, such as Morgana and Arthur, though the main cast is predominantly white. We also see a queer romance between two women.

Obviously, Cursed has a lot to offer, but what about the more adult and sensitive material in Cursed? Keep reading as we break down what parents should keep in mind before streaming the show.