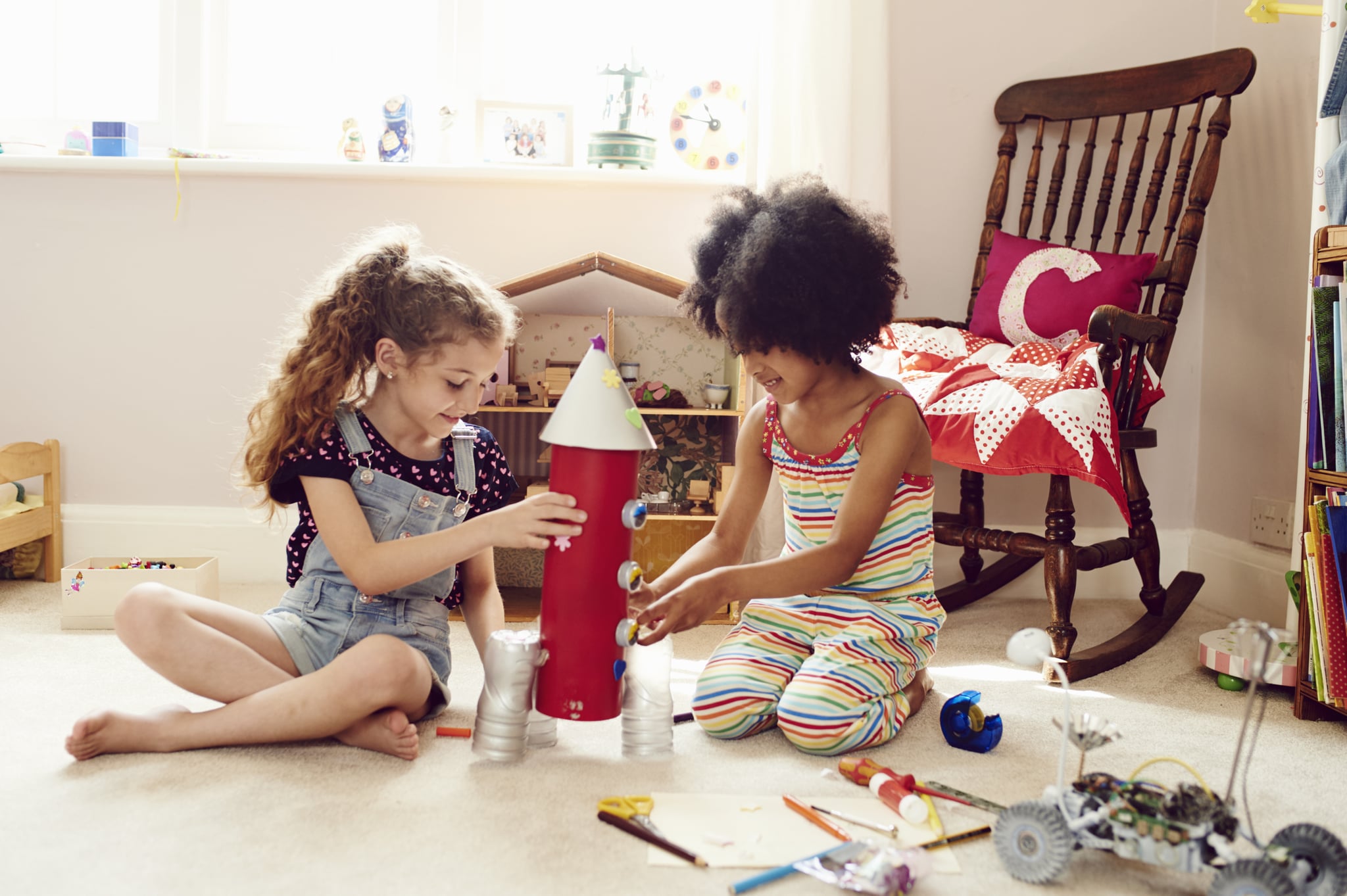 When it comes to raising children, a great deal of importance lies in helping them mature emotionally as well as linguistically. However, as adults seek to enrich a child's development and understanding of the world, it is sometimes possible to say something hurtful rather than helpful without realizing the effect it might have on the child. One example of such is the use of the word "bossy" to describe behavior. While it might not seem like such a weighted word to an adult, calling a child "bossy" can have a serious impact on the child's development. To decipher the possible effects of using the word "bossy" to label a child's behavior and how to better approach it, we spoke to two experts, Chiamaka Agbasionwe, MD, pediatric doctor and author of Letter World and Marcie Beigel, Ed.D., BCBA-D, a speaker, author, and certified behavior analyst at Behavior and Beyond, who offered detailed insight on the possible implications and solutions.

What Can I Say Instead of Using the Word Bossy?

Instead of using the word "bossy" when describing a behavior, Dr. Beigel encouraged caregivers to name out loud what the child is doing. If the child is leading a game without input from others, for example, you can say, "I hear you giving lots of directions. Ask your sister what she thinks about the game," or "I see that you only want to play with the ideas in your head. It is important to include your friends' ideas also." Another example Dr. Beigel gave involved saying something like, "I hear that you want to sit in that chair but your brother is already in it. Why don't you pick another spot at the table," when your child is adamant about having things go their way.

In Dr. Agbasionwe's experience, "the word bossy is often used towards young girls or women who are direct and assertive in what they want or how they want things to be done." It may seem harmless, but Dr. Agbasionwe stressed that words can really resonate with young women and affect the way they see themselves. Dr. Agbasionwe recommended referring to a child's behavior by empowering them instead of putting them down. You could say, "That's a strong opinion, tell me where that came from?" or "I love your honesty, let's find a way to make your words kinder," to redirect behavior in an uplifting way.

"As children get older they will come to realize that bossy has a negative connotation," said Dr. Agbasionwe. She added that humans — both big and small — have an innate desire to be liked. Being persistently called bossy in ways that lack praise can result in children (and young girls especially) becoming dissuaded from words or actions that could appear direct or assertive. This could deter them from seeking leadership opportunities in the future, expressing their needs in a relationship, or even deciding what they're going to eat, Dr. Agbasionwe told POPSUGAR.

According to Dr. Beigel, "Labeling your child will not benefit them or you, and it does not inform them how to change for the better." Instead, she encourages reserving labels for when your child is doing something great, and those labels can be used to build up their identity. Dr. Beigel said that when a label is put on a child enough times, the child will believe it is who they are. In this case, that means that they will adopt the belief that they are bossy and that there's nothing they can do to change it. This can lead to the child feeling embarrassed or angry, and overall disempowered, Dr. Beigel told POPSUGAR.

Is it Too Late to Change My Approach?

Both experts agree that it is never too late to change your approach. "Our brains are not fully developed until our late 20s and even then, we all can unlearn limiting or unhealthy societal benefits," Dr. Agbasionwe said. All it takes is for the people around the child to encourage them to be confident, she added. Dr. Beigel followed up, saying, "If you can make the change in your behavior as a parent, of course, your children can change the behavior that has been labeled as bossy!"