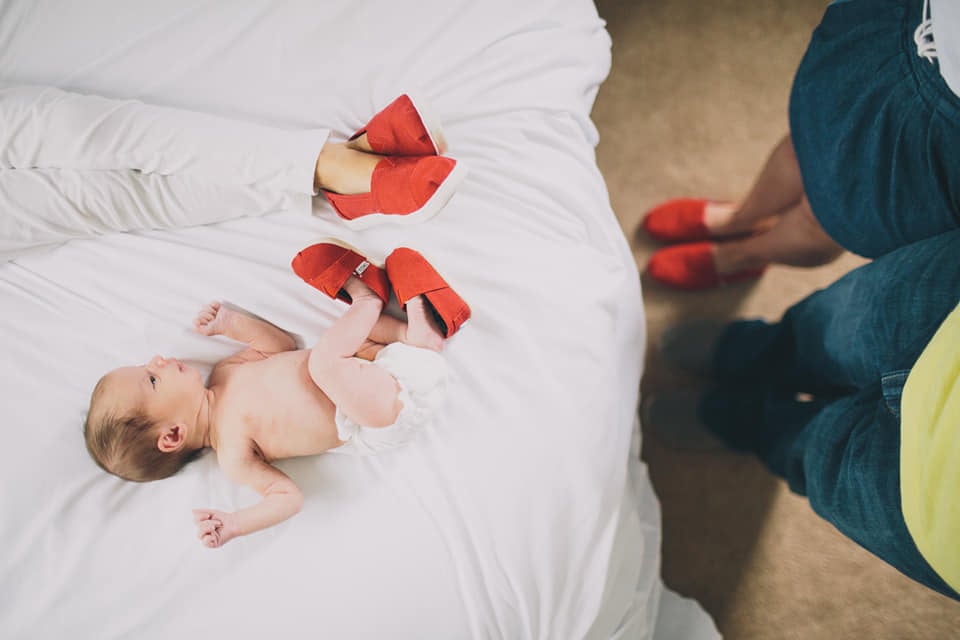 Cankles, random bouts of vomiting, leaky boobs, I wanted it all. Bring on the vomit bags. Then the beginning stages of cancer entered the scene. At the age of 33, I was diagnosed with the early stages of uterine cancer. If that wasn't enough, prior to that diagnosis, my husband and I had been seeing a fertility doctor. Our life was consumed with timed intercourse, syringes, pregnancy tests, and many doctors appointments. Some of these visits would consist of my husband partaking in a not-so-romantic rendezvous with a plastic cup to "prepare" his contribution to our baby-making efforts, while I was in a nearby room waiting to undergo surgery with the hope of a successful round of IVF. Each time, I lay there praying that this would be the one fateful treatment that finally led to a double line on a pregnancy test. Spoiler alert: it didn't work. In fact, all six of our IVF treatments failed miserably.

I was seemingly young, without a baby, and now without the means to carry one. Devastating doesn't quite sum it up.

As it turns out, IVF doesn't always work. A common misconception is that once you seek fertility treatments such as IVF, you are guaranteed a squishy, deliciously cute, cooing baby. According to the CDC, of the 284,385 IVF cycles performed in 2017, only 68,908 resulted in a baby. To avoid long division, that is significantly less than a baby for every IVF cycle. For me, those failed attempts at IVF added up, both mentally and financially. Our bank account had been depleted by piling fertility bills because a vast majority of health insurance companies classify fertility treatments as elective, and thus deny coverage. As the threat of cancer began to increase, my OB/GYN oncologist clipped the last remaining string of pregnancy hope, and issued my angry uterus an eviction notice. I was seemingly young, without a baby, and now without the means to carry one. Devastating doesn't quite sum it up.

Related:
The Incredible Thing 1 Woman Learned From Being a Surrogate Mom

When friends and family heard about our situation, the first things they often said was, "Why don't you just adopt?" Over the past decade, my husband and I have heard that statement ad nauseam. In my humble opinion, any time a statement begins with "why don't you just", it should be shut down immediately. The truth is, we did try to "just do" a lot of things to become parents including adoption. As we came to find out, it is not as easy as people imagine it is. According to the Children's Bureau's 2016 fact sheet, the cost of a domestic private adoption ranges between $20,000 to $45,000, which can be up to triple the cost of an IVF treatment. We went through all of the invasive, fiery hoops of adoption background checks, physicals, mountains of paperwork, and the nail biting home-study. Just like IVF, adoption doesn't always work — at least for us it didn't. We had two potential placements fall through early in the process. 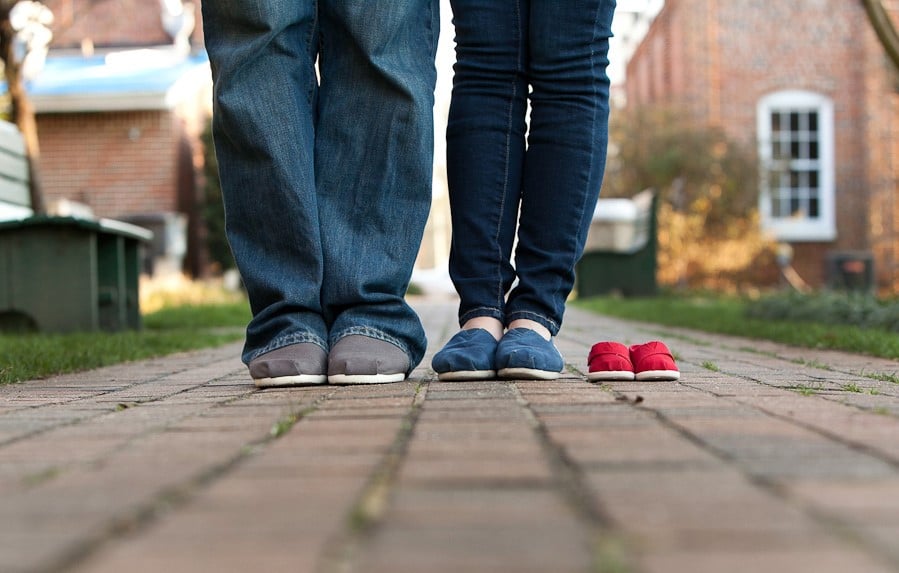 The hard part was finding a way to let go of what I wanted, and embracing a shared pregnancy with someone else.

Determined to be called parents, we pressed on. But since I had parted ways with my uterus, as a couple, we had no choice but to redefine what parenthood was for us. It was letting go of the vision I had of how I would become a parent and letting in new options that had not been considered previously. In the midst of trying to adopt, we were approached by someone about potentially becoming a gestational carrier for us. Surrogacy was never an option we had considered. It was so incredibly foreign to me and to be real, I am not a Kardashian nor do I have Kardashian money. Affording something as involved and costly as surrogacy felt a bit like climbing up a mountain in the middle of an already active avalanche. To our surprise, after crunching numbers, fundraising, and pinching pennies . . . OK, a lot of pennies, we figured out how to make it happen. That was the easy part. The hard part was finding a way to let go of what I wanted, and embracing a shared pregnancy with someone else. This incredible woman wanted to make me a mother. It was an opportunity of a lifetime. With that, we dove head first into that avalanche.

I always explain the surrogacy process in terms of football. We only had a few embryos remaining when we transferred one precious embryo to our first gestational carrier. She was our star quarterback carrying the ball, and I was the injured teammate on the bench cheering her on. Our gestational carrier had our only game-winning ball in her hands and she had to go the distance, avoiding being tackled at all costs. All you can do is watch from the sidelines. You make decisions based on what is best for the team, not the individual players, protecting the ball at every moment. Even during the labor, she let me hold her leg while she pushed and we both watched our first daughter being born. It was the most epic touchdown I had ever witnessed.

Related:
Andy Cohen’s Surrogacy Expert Talks Eggs, Costs, and the Biggest Misconception About It All

Five years later, someone else offered us a second bite at the parenting apple. We entered into another surrogacy and welcomed our second child. I may be riding the bench in terms of being able to carry my own pregnancy, but I've learned to be one damn good cheerleader.

Surrogacy isn't just for the rich and famous. It is a life-giving opportunity for anyone who is not physically able to conceive on their own, including same-sex couples. Along the way we faced unbelievable criticism since surrogacy is not your typical method of family-building. Was it easy? No. Was it worth it? Absolutely. I chose to have someone else carry my child because I had an unquenchable drive to be a parent, I had a husband who shared that dream, and we had the opportunity of a lifetime to find two amazing women, and their amazing families, who gave so much to turn our dream into our reality. There were a myriad of times when we had no idea how we would get from point A to B, when we doubted our decisions, even when we wanted to simply give up. We made ourselves vulnerable to two women, and that vulnerability made us a family of four.