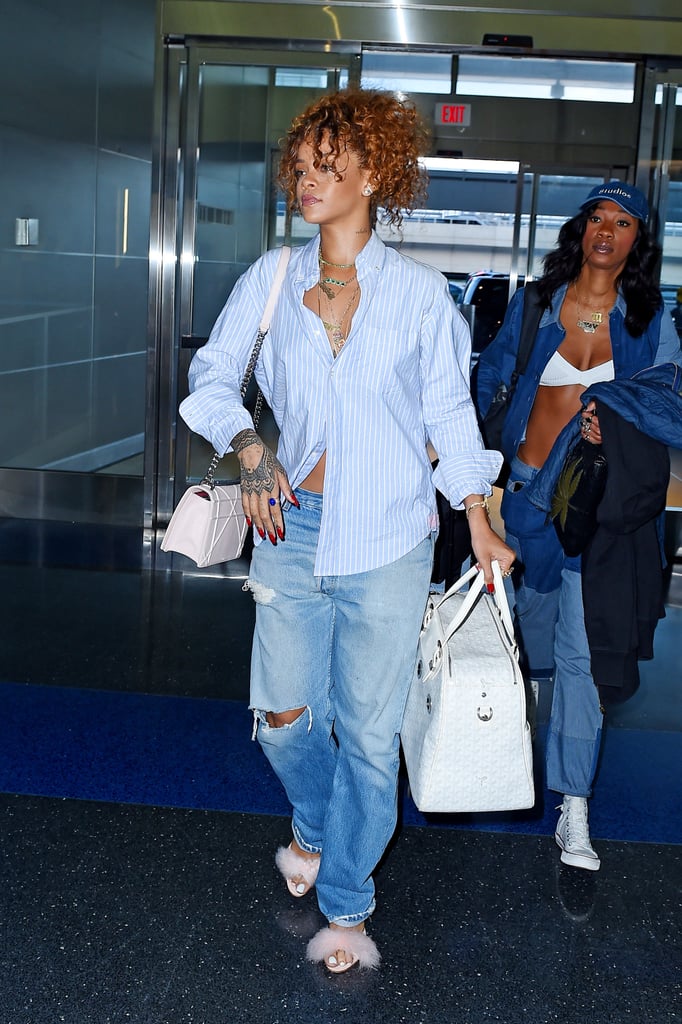 Rihanna's Casual Style Deserves a Round of Applause — Take a Look

I've been obsessed with Rihanna's style since the first time I saw her in the debut music video for her song "Pon De Replay" back in 2005. Flash forward 14 years and it's safe to say my love for Riri's sartorial choices is still going strong.

We all know that the singer isn't afraid of slipping into sexy dresses for red carpets. (Remember her gold metal-yarn-draped dress by Poiret from the Ocean's 8 premiere or the hot pink Fenty minidress that she wore to her Fenty pop-up party?) She also doesn't shy away from trying statement-making pieces like her past two Met Gala looks — I'm still shook over her Comme des Garçons flower gown.

While her red carpet looks can be described as eye-catching, it's her casual style that deserves a round of applause, IMO. Rih has made everything from an Adidas sweatsuit to a pair of Ugg boots look chic as hell, thanks to her styling abilities. She's always down to rock a pair of ripped jeans with a cropped hoodie in her downtime and has even styled a sweatsuit with a pair of Manolo Blahniks, because why not?

Keep reading to take a look at 58 times Rihanna's casual style was so damn iconic.

Celebrity Instagrams
Jenna Ushkowitz Is Going to Be a Mom: "Baby Girl Stanley Coming in June"
by Monica Sisavat 13 hours ago