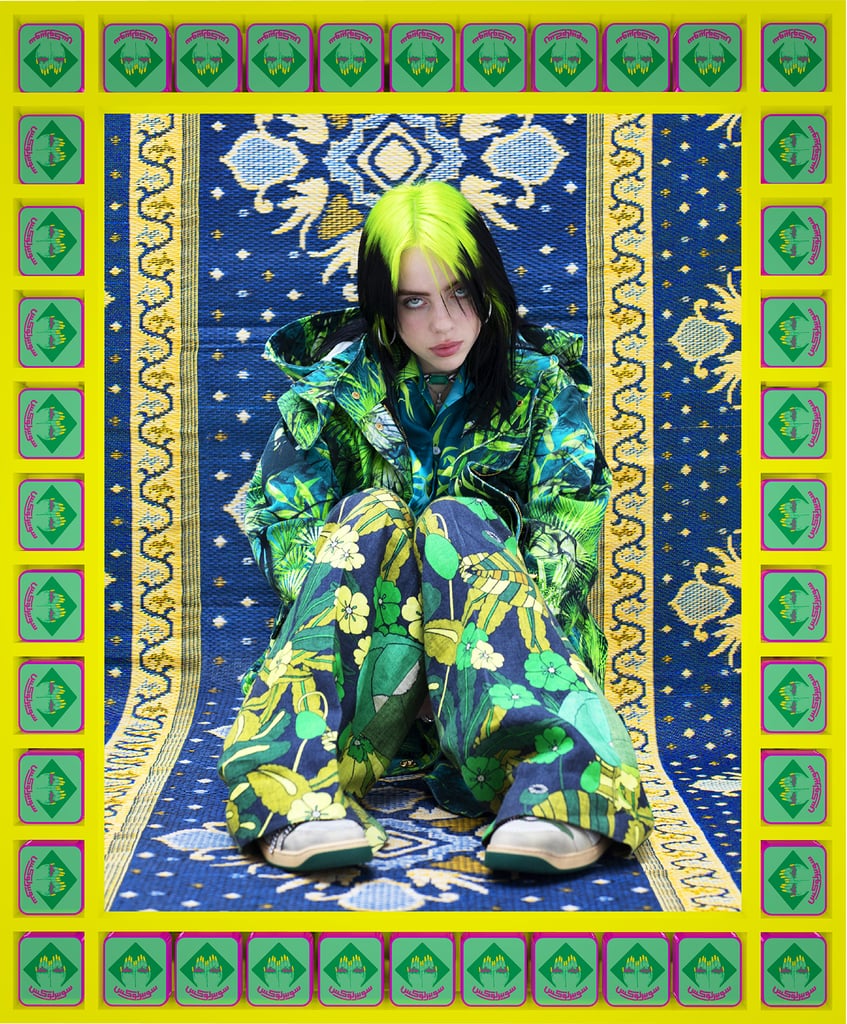 Billie Eilish just landed her first-ever American Vogue cover story, and it most definitely lives up to our high expectations. The 18-year-old superstar shot not one but three different covers for the publication's March 2020 issue, putting her signature style on display on each one.

In true Billie fashion, the "Bad Guy" singer wore a slime-green jacket and pants to match her neon hair roots in one of the shots, and in another, she rocked the hell out of a striped jacket and necklace by Gucci, one of her favorite designers as of late. On the third cover — perhaps our personal favorite — Billie looked as badass as ever in a hooded Versace parka and shirt that had the same palm-tree print as that famous bellybutton-baring dress Jennifer Lopez wore to the 2000 Grammys. Oh, and she also wore an avant-garde floral dress for one of the shots featured inside the magazine, which is definitely a step outside the norm, considering she typically sports baggy separates on the red carpet. The girl's got range, and not just vocally!

Related:
When It Comes to Styling Your Puffer Jacket, Ask Yourself: What Would Billie Eilish Do?

In the interview with Vogue, Billie opened up about her recent Grammys sweep, the public's opinion of her, and, of course, her one-of-a-kind fashion choices, which apparently date back to age 4, when she decided to wear her underwear outside of her onesie. She discovered the beauty of thrifting at age 13, she told writer Rob Haskell, and often pieced together cut-up Target purchases to make new designs herself. "I just wanted to invent sh*t, so I did," she said. "When I look back at myself at 9 or 10, my style was unbelievably terrible. But it was exactly what I wanted to wear. I was committed to it, I wore it, and I was happy."

Ahead, see a few of Billie's chic-as-heck outfits in Vogue's March 2020 issue, then head over to the publication's website to read the full story. 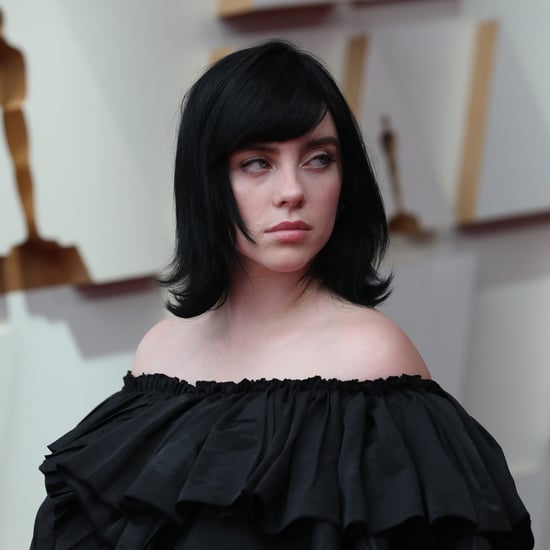