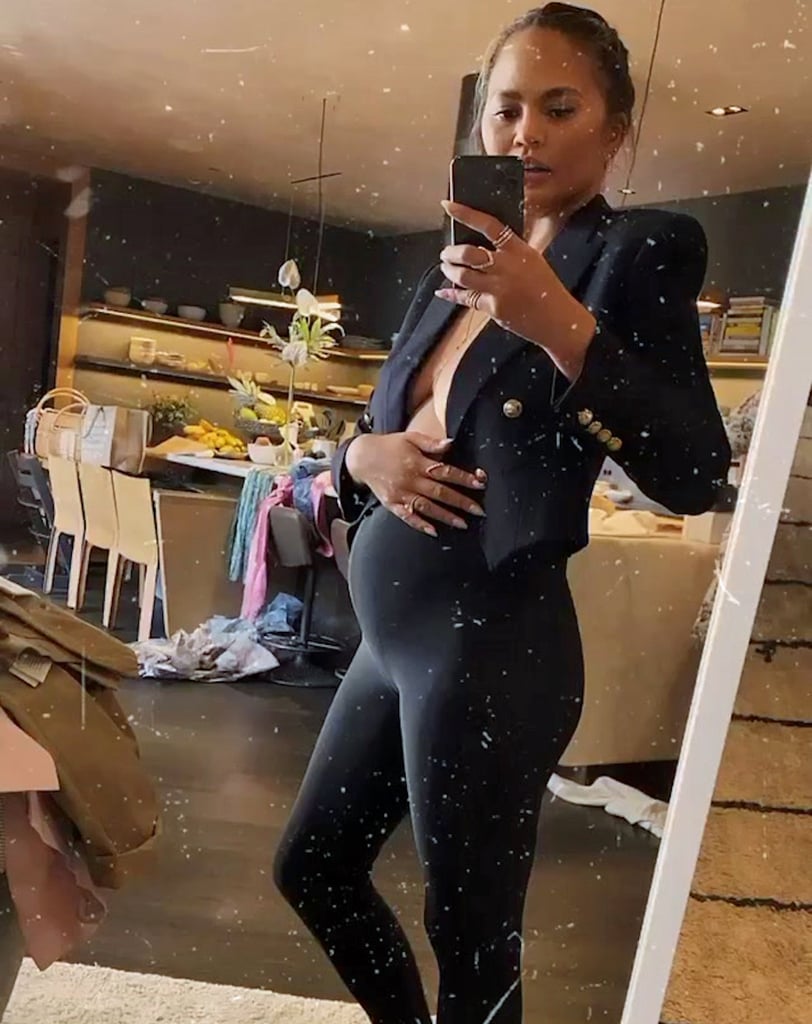 Chrissy Teigen announced her pregnancy wearing romantic white beach dresses in John Legend's new music video for "Wild," and shortly thereafter, she continued to celebrate by dressing up for her Instagram fans. Obviously, Chrissy is known to be an open book, so I'm not surprised she's posting videos of her growing bump for all to see, but I just want to take a moment to appreciate her maternity style.

Chrissy spent the first half of the day in a chic, cropped '80s-style blazer with shoulder pads, finishing the outfit with biker shorts. But later, she swapped out the shorts for long leggings and — sexy twist! — got rid of her shirt. Chrissy was also swathed in delicate gold jewelry. Perhaps she was doing press for the new video featuring her family, or, knowing Chrissy, maybe she was just playing a fun game of dress up.

Either way, Chrissy's previous maternity looks included plenty of body-con dresses, thigh-high slits, and hints of cleavage, and it appears she's back on the same track for baby number three. I wholeheartedly respect that she doesn't let her bold fashion sense fall by the wayside, because staying true to who you are — yes, even from a fashion perspective — is important throughout any journey. Scroll through for a fun glimpse at Chrissy's latest fittings — I'm sure we can expect another one on our feeds very soon.

Related:
Chrissy Teigen Just Dubbed This "the Dress of the Summer," So Naturally We Went Shopping For One
Previous Next Start Slideshow
Celebrity InstagramsChrissy TeigenCelebrity PregnanciesMaternity StyleLeggingsBlazersFashion Instagrams 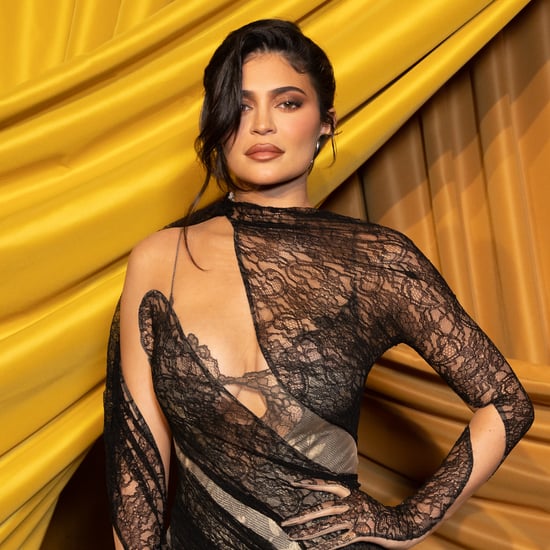