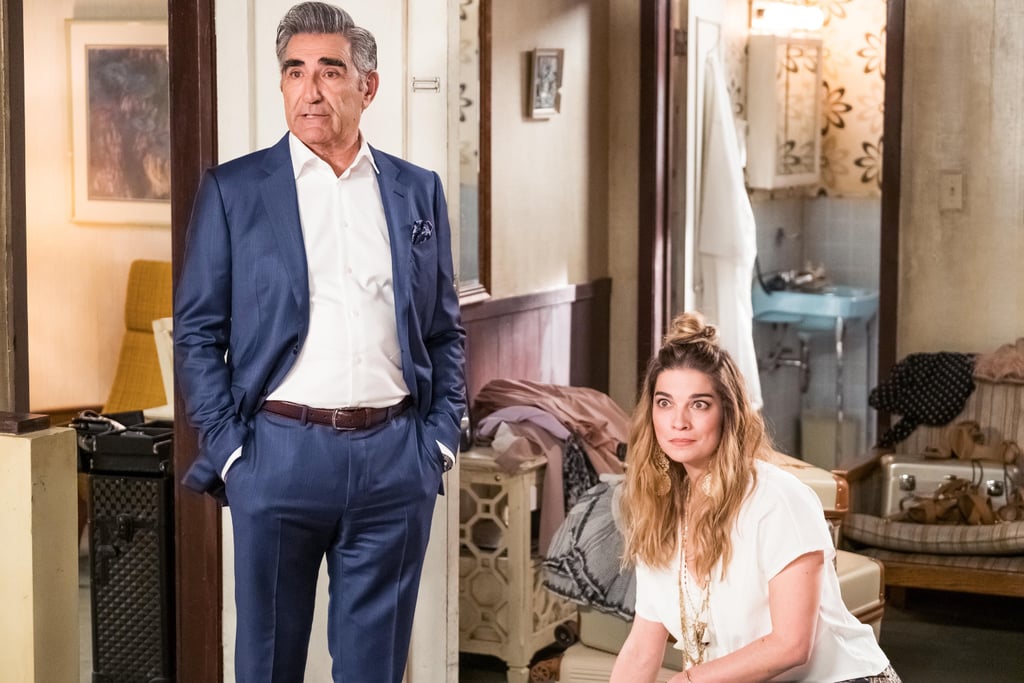 Do I really need to convince you that Johnny Rose is the most dapper-looking character on Schitt's Creek? Even after his family goes through tough times, losing all of their valuable assets and funds, Johnny is still spiffy as ever in a suit. That doesn't change throughout all six seasons of everyone's favorite series. As David points out, even his nightgown is something to talk about. "You might want to rethink the nightgown. There's a whole Ebenezer Scrooge thing happening," he warns his dad in the middle of the night in episode two.

But we'll forgive Johnny for his midnight Bob Cratchit moment based on how he dresses when the sun rises. We can just see him pressing his shirts each morning and carefully choosing his pocket square the way Moira selects a fresh wig to match the day's style and mood. Johnny could teach all of us — we're looking at you, Roland — a thing or two about sophisticated dressing, especially business owners in the motel line of work. Scroll down to find all the style lessons we've gleaned from his best outfit moments, which may not be as dramatic as his wife's, but definitely shape him into the lovable character that he is.

Sarah Jessica Parker
Before You Watch And Just Like That, Here's a Refresher on What Happened in Sexy and the City
by Samantha Bergeson 2 hours ago

STARZ
Hungry For More Power? You're in Luck — a Third Season of the Ghost Spinoff Is on the Way
by Njera Perkins 22 hours ago

TV
No Surprise, The Sex Lives of College Girls Is Coming Back For a Second Season
by Njera Perkins 23 hours ago