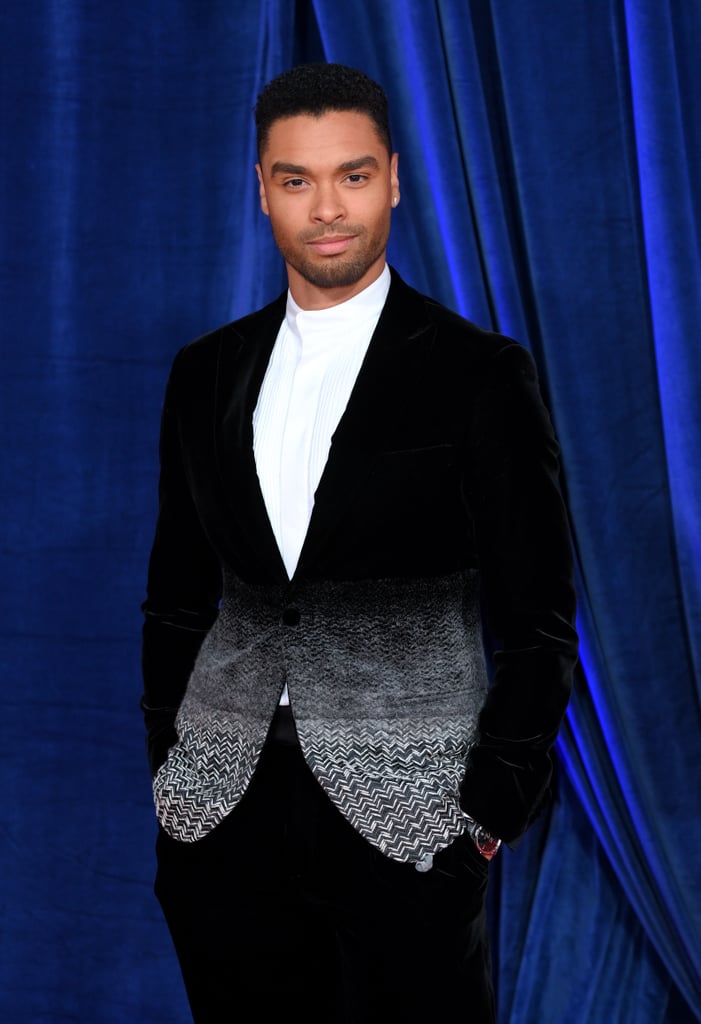 We're willing to bet the red carpet at the Harder They Fall premiere in London was at least 10 degrees hotter after Regé-Jean Page stepped out looking like the modern-day Duke of Hastings. Dressed to the nines for the debut of the new Netflix western, Regé-Jean arrived in a canvas and velvet Giorgio Armani tuxedo jacket from the SoHo collection. The jacket, layered over a pleated white button-up, was drawn together by a single black velvet button at the base of a deep V-neckline, and we've never envied an accessory so much.

Looking dapper from every angle, the former Bridgerton star gave us a glimpse at the jacket's intricate white chevron pattern from every angle, drawing attention to the ombré effect of the stitching around his waist. Keeping the look simple and classy, Regé-Jean opted not to wear a tie for the event and instead paired the outfit with a silver watch and black oxford shoes. In other words, we will be adding his red carpet photos to our modern-day fairy-tale dream boards. Admire his look from all angles here.

Rege-Jean Page
Regé-Jean Page Is Apparently the World's Most Handsome Man, According to Science
by Joely Chilcott 1 week ago