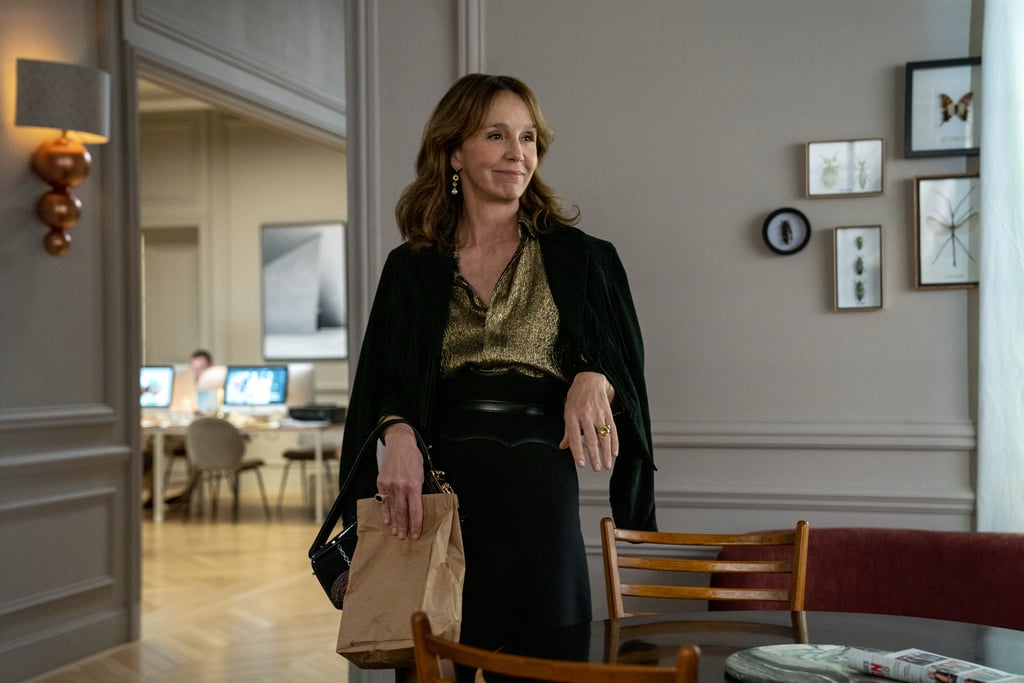 We've swooned over Emily Cooper's endless bag collection, praised Mindy Chen's penchant for all things bold, and waxed poetic about Camille's quintessentially Parisian wardrobe. Now, it's high time we celebrate yet another style star from Emily in Paris: Sylvie Grateau. Played by French actress Philippine Leroy-Beaulieu, Sylvie consistently serves up outfits that are just as fierce as her attitude, offering a welcome break from Emily's loud colors and clashing prints. As the boss lady at Savoir, she wears sky-high stilettos, slitted skirts, and power suits around the luxury marketing agency's office. She slips into itty-bitty bikinis and form-fitting dresses when she's not on the clock. Her style can be summed up as effortless sophistication with a touch of sexy.

As Emily in Paris costume designer Marylin Fitoussi recently told POPSUGAR, Sylvie's style gets more relaxed and bohemian as she becomes smitten with photographer Erik DeGroot throughout the Netflix show's second season. In the latest episodes, Sylvie wears designs by French labels like Weinsanto and Leonard Paris, in addition to American celebrity-adored brands like Alaïa and Helmut Lang. To fully honor Sylvie as the fashion icon she is, we're looking back on her chicest season two looks ahead. Won't you join us in bowing down?

Related:
17 Noteworthy Outfits From Emily in Paris That Are Still Available to Shop
Previous Next Start Slideshow
NetflixTVEmily In ParisScreen Style