Don't mess with Alison Brie when she steps into the gym — her moves are intense AF. The 36-year-old actress trains hard for her role as a wrestler on Netflix's Glow, and she's consistently impressing us with her serious strength. On Saturday, Alison once again showed off her skills with a move she'd never tried before, and it quickly became a "new fave."

Alison trains with Jason Walsh of the Rise Movement, who also trains celebrities like Brie Larson and Emily Blunt. During their weekend sweat session, Alison tried out an impressive weighted curtsy lunge with a knee drive, using a landmine press. According to Alison, the move targets her glutes, and, boy, you'll get exhausted just watching her. Take a peek at the exercise above and feel your muscles tighten up — it's an unavoidable automatic response.

Joe Jonas
Joe Jonas Spent His Day Off Crashing a Jonas Brothers vs. One Direction SoulCycle Class
by Karenna Meredith 1 day ago

Brie Larson
Once Again, Brie Larson Proves She's Way More Fit Than Anyone With Her 1-Arm Push-Up
by Jenny Sugar 3 days ago 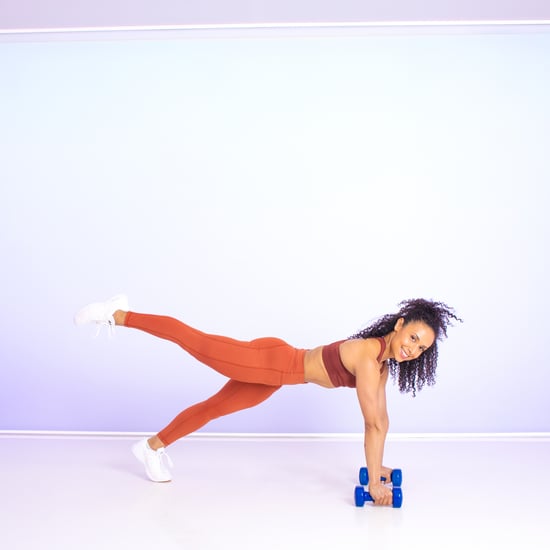 Workouts
This Cruella Workout by Obé Fitness Will Have Your Body Saying, "That Was Cruel!"
by Angelica Wilson 4 days ago