There may not be an end in sight to the daily bombardment of glossy images of models and photoshopped bodies we see everywhere, but without a doubt 2015 was the year of the "real woman" and a celebration of their bodies — whatever the shape or size. With the advent of social media, it's easier than ever for women everywhere to take control. From body-positive hashtags to celebrating smart responses to routine body-shaming incidents, here's why 2015 was the year we wholeheartedly embraced our bodies, in all shapes and sizes. 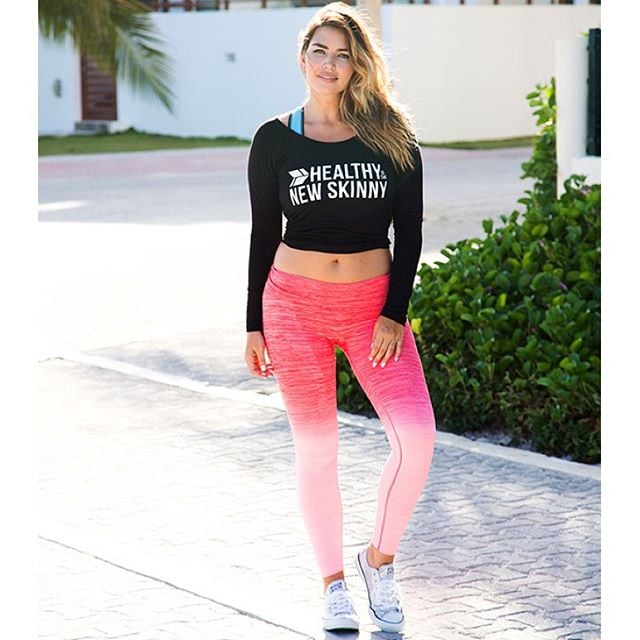 Social media has cast a huge spotlight on just how often women have to deal with body shaming from the outside world. Over and over again, women were taking to Facebook to recount an ugly interaction with strangers, and sometimes friends. Take Emily Farrington Smith's encounter with a woman at the gym who called her fat: "I refuse to settle in a world where [my sisters] will grow up worrying what others think of them or thinking they are lesser humans because of how much they weigh," she wrote on her Facebook profile page, and many agreed. Comedian Luisa Omielan's stand-up routine about our cultural obsession with thigh gaps also went viral when she posted a video of it on her Facebook page earlier this year, and with over 200,000 "likes" and 530,000 shares, it's clear that Luisa has shared a sentiment that others feel strongly about.

"We have gone from a culture that almost seemed ashamed of talking about important issues, even body image, to a culture that is a little more open in valuing conversation and advocacy about these topics," explained sport psychologist Ariane Machin, an assistant professor of psychology at Saint Francis University. She cites body-positive hashtags on Instagram like #effyourbeautystandards and #healthyisthenewskinny as prime examples of how social media is empowering women everywhere to "know that their current body size and shape is completely acceptable," even when they must fight other societal pressures to look a certain way. "These social media efforts can be an amazing tool to help clients feel less alone, more normal in their experience, and more hopeful about their current situation," she said.

The Backlash Against Mainstream Media

More and more, women are pleading for bodies of all types to be represented in ads and other media. Late last year, for example, Victoria's Secret faced backlash for its Perfect Body campaign, which implied that the "perfect" shape was long, lean — and unattainable for most. Brands took notice. More than ever before, women of all shapes, sizes, and ages appeared in national campaigns for the likes of Target, Nike, Dove, and Panache. Lingerie company Aerie even went as far to create an ad campaign of photos not touched by the wand of Photoshop, and Women's Running was applauded (deservedly) for putting a plus-size runner on its August cover. Plus-size model Ashley Graham's popularity and the rise of amateur athletes everywhere who show that you can be strong, flexible, and fit at any size is even more proof that women need body-positive role models to counteract incessant media messaging.

Valerie of Big Gal Yoga is proof that there's no such thing as a one-size-fits-all "yoga body." Image Source: Instagram user biggalyoga

Celebrities Do It Too

Celebrities are known for having the time and resources to whip their bodies into disciplined shape — and not complaining when unrealistically photoshopped images of them are held up as a womanly ideal — but this year, many joined the chorus of women speaking out against the grain. Demi Lovato, for example, recently celebrated the release of her aptly titled album, Confident, with these wise words: "[W]hen I call my thighs thick — I love it. I think it's a good thing. . . . I'm not naturally super thin. I have an athletic body. I just have to embrace that. There are days when it's hard to, but more and more, there are days where I'm actually proud of my body."

Ariana Grande's response to an anonymous tweeter who compared her body type to Modern Family actress Ariel Winter's is a public reminder that anyone, curvy or not, can be body shamed. "Diversity is sexy!" Ariana wrote on Instagram. "Celebrate yourself. Celebrate others. The things that make us different from one another make us beautiful."

Even lean-bodied athletes aren't immune to the pressures of having to look a certain way; just look at Ronda Rousey's powerful response earlier this year to those who criticized her body for being "too masculine." And in ESPN The Magazine's annual Body Issue, strong, accomplished women like gymnast Aly Raisman admitted that it takes a lot of effort to love your body when it doesn't look like a feminine ideal.

Ronda Rousey calls her body "femininely badass as f*ck, because there's not a single muscle on my body that isn't for a purpose." Image Source: Getty / Matthew Stockman

So, what's next? If 2015 was the year that women (and men) everywhere collectively decided that enough was enough, then luckily, we can expect even more vocality about an issue that has long been tolerated. "While the terms 'fat shaming' and 'body shaming' may be relatively new, judging and humiliating people who are deemed to be 'fat' or 'overweight' has been a part of our culture for decades," embedded in our everyday language, advertising, and media, explained psychotherapist Carolyn Karoll of Karoll Counseling. "While the shaming can be overt, like being called names, it can also be more subtle, such as making throwaway comments like, 'You are so brave to wear that.'" By bringing this issue to the forefront of public discussion, women everywhere can help others embrace their body type and live confidently in their skin.

The good news: change is already happening, Carolyn said, pointing to the 2016 Pirelli calendar as an example. The highly anticipated photo collection is usually chock-full of supermodels in revealing, glamorous outfits, but the newest calendar takes a different approach under the direction of photographer Annie Leibovitz, who set out to photograph "women who have achieved something," like Amy Schumer, Serena Williams, and Tavi Gevinson. "I'm not sure we would have seen that years ago, so it's a much-needed shift to see real bodies in there," Carolyn explained. "My hope is that our thin-obsessed society will accept and eventually embrace these bodies instead of judge them." Added Dr. Machin: "People are recognizing that they have a voice." Here's to a year of self-love and body acceptance at every size and shape. 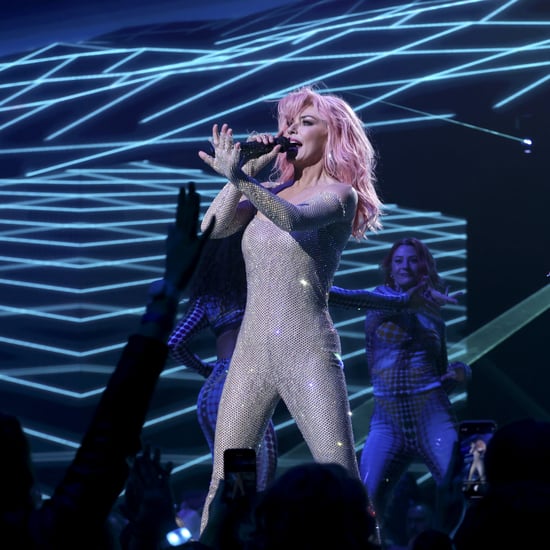 Celebrity News
Shania Twain Is "Embracing" Menopause by Posing Topless; and Yes, She Still Feels Like a Woman
by Melanie Whyte 12/21/22