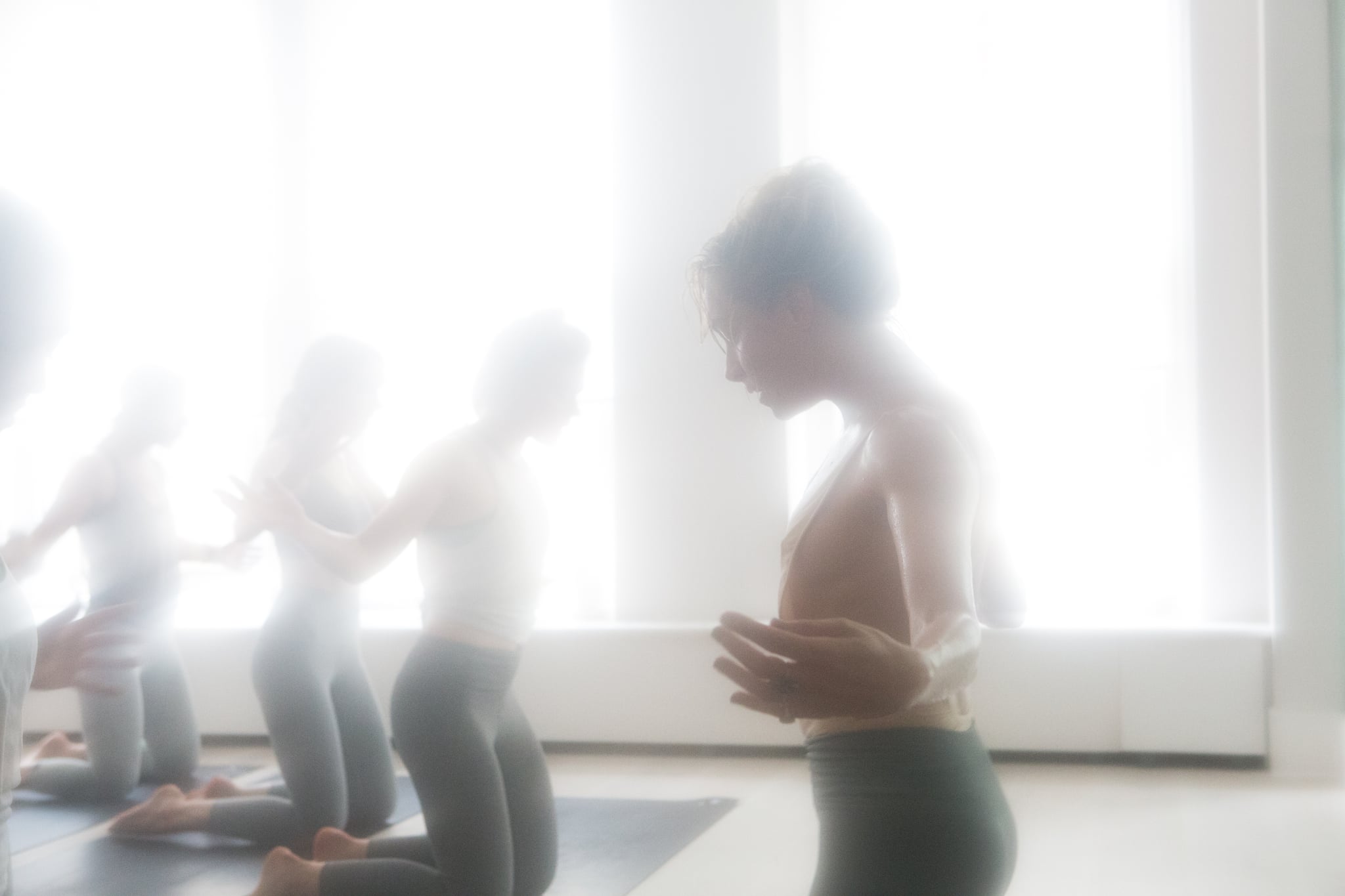 Emotional. Raw. Transformative. Spiritual. The Class by Taryn Toomey is like nothing you've ever experienced. But when you've never tried The Class, and the only information you're getting feels decidedly abstract (and not at all like fitness), how do you know what to expect? What are you getting yourself into? How do you know if you're ready to drop $35 on a single session?

Related:
The Workout That Finally Made Me Fall in Love With Fitness

Let's start at our attempt to describe what many call an "indescribable" experience: The Class is a 65- to 75-minute workout that relies heavily on bodyweight and plyometric movement. It takes place on a mat, is guided by an instructor, and uses music and yelling as a form of release.

The space in New York City is bright, quiet, and peaceful, but decidedly posh — adorned with large crystals, gold-toned hardware, and Chanel skincare products on the marble countertops in the bathroom. The music is loud. Like . . . really loud. It's ground-shaking, and you can literally feel the beat of each song reverberating through your body. The volume has the ability to help you get out of your head — oh, and it helps you scream comfortably. There's screaming, grunting, and guttural noises from everyone around you. If you've ever wanted to just yell for a few minutes in your car (for whatever reason — happiness, anger, frustration), then this will probably feel amazing.

Related:
The Workout That Turned Me From Fitness-Phobe to Fitness Editor

Four POPSUGAR editors (including myself) have shared their own personal experience with The Class so you can get a firsthand account from different perspectives. Here's what they had to say.

"The Class is a release, but it's also a killer workout. But it doesn't just use traditional exercise moves (Because why would it?) — you have time to express yourself physically however you see fit. Awkwardness flies out the door as you realize that everyone around you is completely letting go, and no one could be bothered with what you're doing or what you look like; they're in their own world. So you let go and flail about and move about however feels good and natural to you. It sounds weird, but it actually feels incredible. We're not used to moving in that way, so to do so in such a high-energy spaces is a physical catharsis (again, going back to that release).

"A few minutes into class, while flailing my arms about and shaking my legs, I realized a huge grin was plastered across my face. I wasn't smiling at anyone, I wasn't smiling because someone told me to . . . I wasn't even reacting to a joke or something happy. I just was happy. I realized that by allowing myself to release physically and mentally, I had also unleashed a deep, pure joy that had been buried under stress and anxiety. Realizing that I was capable of tapping into my own happiness and peace is something I will never forget or take for granted, and I would pay that $35 class fee 1,000 times over, because what I gained from The Class was absolutely priceless. Oh, and yeah, obviously I cried like everyone else did." — Dominique Astorino, Fitness

"I was incredibly excited to try The Class. I had read about it for years and am always a sucker for boutique fitness studios. Is The Class unlike any other workout I've done? Yes, without a doubt. But its approach just wasn't for me. I didn't cry. Nirvana was not found. And I didn't lose myself in pure happiness. I did get a killer workout, though; there is something to be said about doing burpees, squat jumps, and donkey kicks for the entirety of a song. I walked out of there drenched in sweat and my butt was definitely feeling it the next day.

"The guided instruction included a lot of mantras that teetered too close to a sense of privilege, which rubbed me the wrong way. There was also a lot of swearing that felt contrived — almost as if our instructor was saying f*ck for the sake of being edgy. Because tbh, after the 50th 'f*uck,' the effect of that word loses its entire appeal. I yelled, I flailed, I screamed my heart out, which certainly made the burpees more bearable (and even fun), but I suppose the palo santo, crystals, and tribal chanting left me with an icky sense that spirituality and cathartic release was being forced on me rather than being brought out in a way that felt authentic." — Michele Foley, Fitness 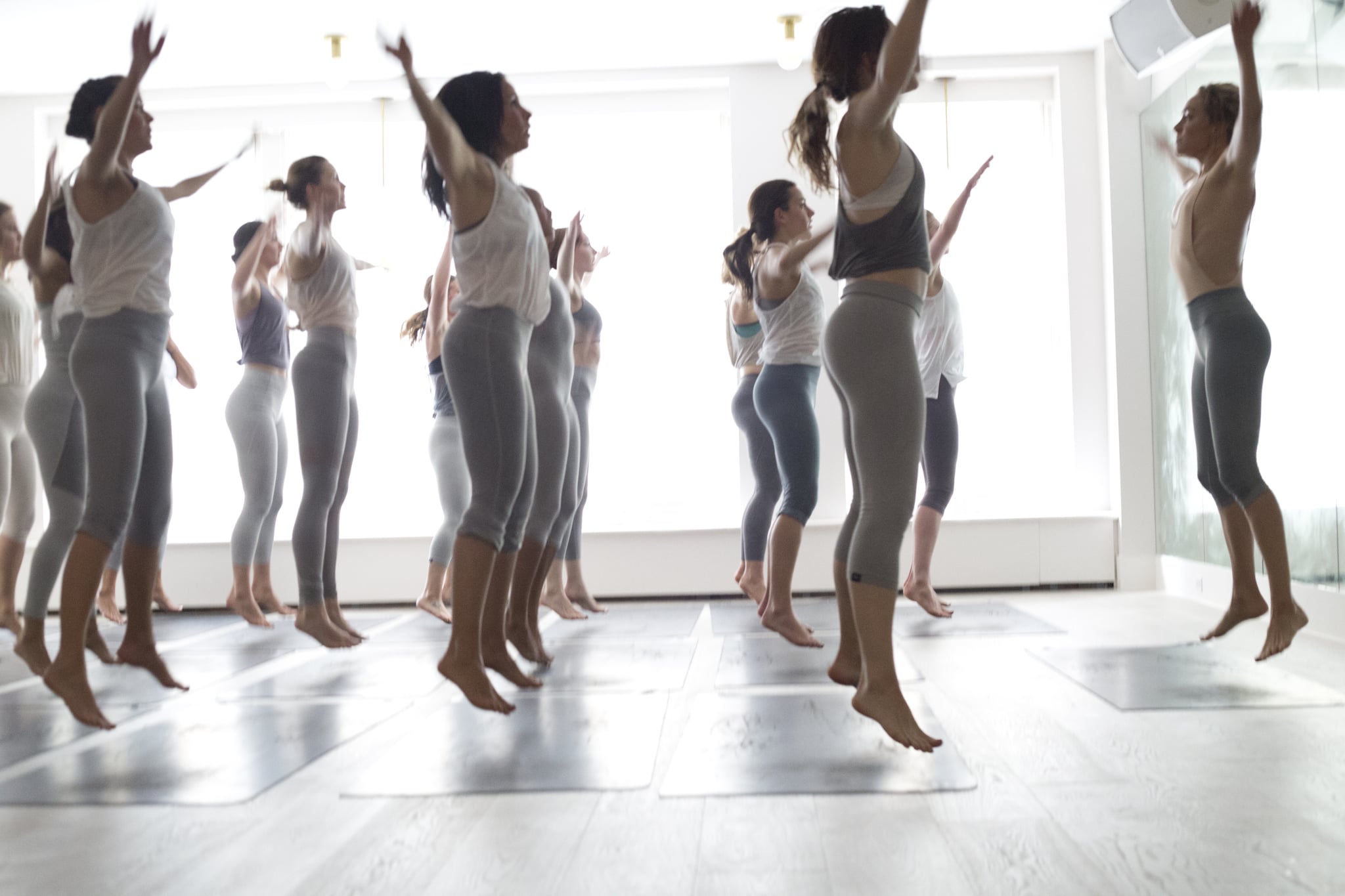 "It took about three classes for me to 'get it' at The Class. I saw other women dancing around, carefree, yelling out their emotions and even crying. But for my first few classes, I felt a little self-conscious and was mostly concerned about the exercise part of the class. Thoughts like 'How many calories am I burning? Am I lifting my leg right? Should I do this barefoot or in sneakers?' flooded my mind. Then, one Saturday I went with a friend after a fun brunch. I felt relaxed that day. Open. And in class, I didn't think, I felt. I was finally able to channel my emotions and use them to guide my movement. I actually cried — tears of happiness — during the class. I left feeling invigorated and emotionally lighter." — Lauren Levinson, Beauty

"When it comes to trendy workout classes, I'm a skeptic. I cringe at the typical end-of-class reflections that occur at the end of spinning classes and would rather rush out to the locker room to continue on with my life. I entered Taryn Toomey's The Class with the same approach. I was there for the challenging workout and I would simply suffer through all the spiritual stuff. As you might have already guessed, that's not what ended up happening.

Related:
Meet the New Workout You'll Be Begging to Come to Your City

"The class started off delightfully energetic. Everyone in the packed studio was shaking off the day and jumping around in a childlike manner. Though I'm normally pretty shy with this type of stuff, I was able to allow myself to look a little silly since everyone else was doing pretty much the same. Then the workout really began. Yes, The Class is challenging. There are a lot of planks, burpees, donkey kicks, and all that good stuff. Any assumptions I had about the workout being tranquil from start to finish quickly vanished. I was profusely sweating, putting in some hard f*cking work, and I felt better for it.

"The ending of the class is really something special and unlike anything I've ever experienced in a workout. In the class I took, everyone was kneeling down, flapping their arms back and forth, and unleashing everything on their mind through tears or screams or other guttural reactions. In that moment, it hit me that I've lived in New York City for six years and I've never once allowed myself to scream. I had bottled up every little inconvenience or obstacle — I was good at it, too — and I had never let myself react. Paired with personal issues going on at the time, it all just came to a head in that moment. Though I started out screaming, I ended the class crying. (Yes, me, the skeptic.) Despite the tears, I walked out of The Class feeling lighter and more in touch with myself and I've been chasing after that same feeling since." — Kelsey Garcia, Trending 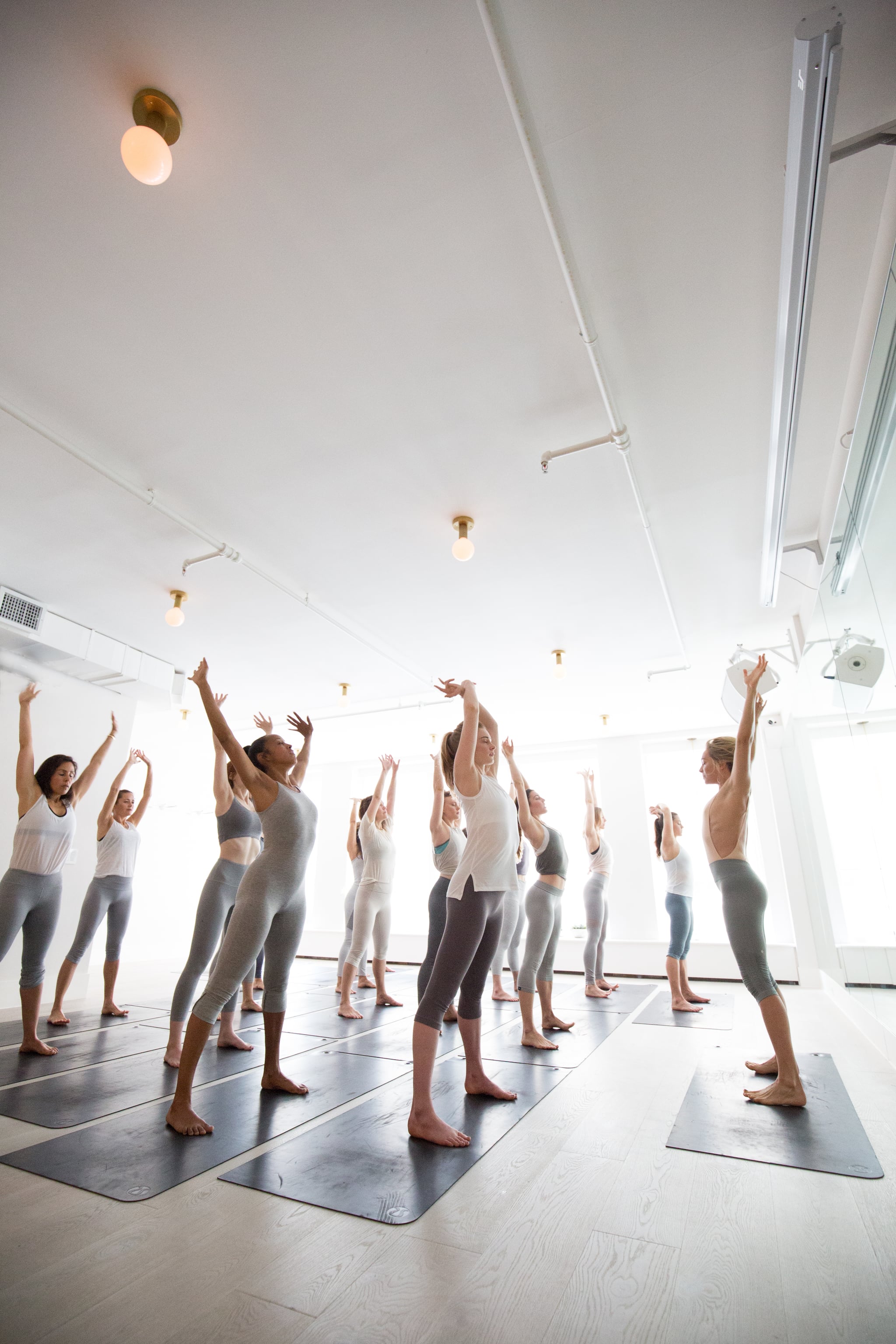