No, it's not some newfangled flavor of soda; Coca-Cola is shifting its sights in the beverage industry and mooooving in on America's favorite healthy beverage: milk. The new beverage, called Fairlife, is said to contain 50 percent more protein, 30 percent more calcium, and half the sugar of regular milk — a fitness buff's dream. But with upped nutrients comes a higher price. The president of Coca-Cola North America told analysts at Morgan Stanley, "We'll charge twice as much for it as the milk we're used to buying in a jug." The brand recently stirred up controversy with its advertising campaign that features women portrayed as pinup girls. Clearly, this isn't your average "Got Milk" ad. So, would you start making your morning smoothies with Coca-Cola's fancy new foray? Let us know! 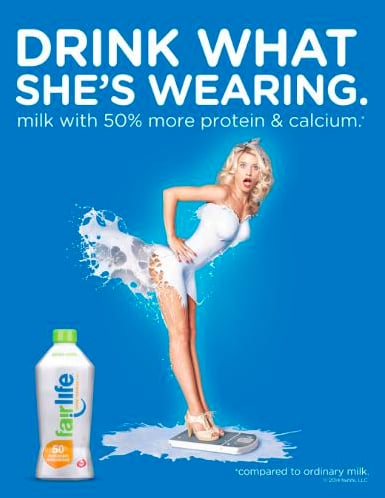