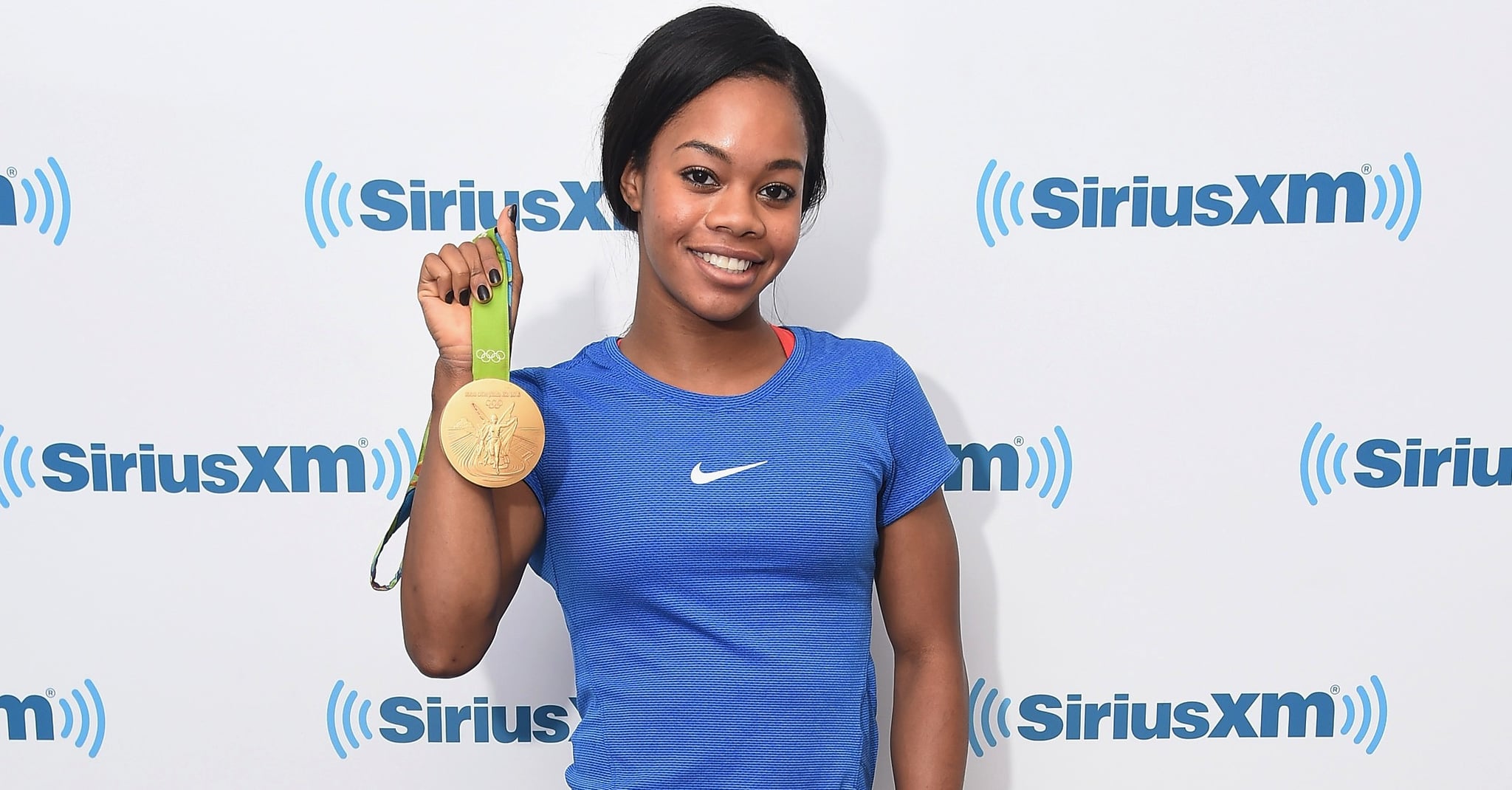 Gabby Douglas has had enough of cyberbullies. The 20-year-old Olympic gymnastic recently teamed up with Lady Gaga's Born This Way Foundation to spread the importance of standing up to online harassment. Gabby experienced her own share of online bullying during the 2012 and 2016 Olympic Games when she was criticized for her hair and accused of being unpatriotic because she didn't put her hand over her heart when "The Star-Spangled Banner" was sung.

"I started googling myself, which I probably shouldn't have done," Douglas recalled during an interview with Good Morning America, which aired on Dec. 16. "I was caught off guard," she said about the barrage of negative comments about her. "I was like, 'Wait, what's going on?' I definitely felt like the world was definitely against me," Douglas revealed.

Douglas received an outpouring of support from across the world when Saturday Night Live comedian Leslie Jones created the viral hashtag #LOVE4GABBYUSA to show support for the inspiring gymnast. "Even though it may seem the world's against you . . . I'm here today to tell you that's not the case," Douglas shared for anyone who is dealing with cyberbullying.

"I am encouraging everyone to take a pledge," she said as a part of her joint effort with Lady Gaga's Born This Way Foundation to combat cyberbullies. "It's pretty simple. You take the pledge and you don't be mean online anymore."

Douglas also called on parents to do their part to prevent online bullying. "It starts at home," she stated. "If you're a good example to your kid, your kid's going to follow that example. If the kid sees you nasty, he/she's going to take over that role." Inspiring, indeed!

Celebrity Instagrams
Marlyne Barrett Thanks Fans For Encouragement Amid Cancer Diagnosis: "It Means a Lot"
by Chanel Vargas 2 hours ago