Reaching for your water bottle after a workout is an absolute must, but it's also important to drink up both before and during your workout. Not being hydrated can cause dizziness, headaches, fatigue, and cramps, as well as muscles that feel like lead. Heading into your workout well hydrated can make you feel stronger and more alert, and since your heart doesn't have to work as hard to pump oxygenated blood to your muscles, you're able to exercise longer. Here are some basic guidelines on how much water you need to perform your best and prevent dehydration. 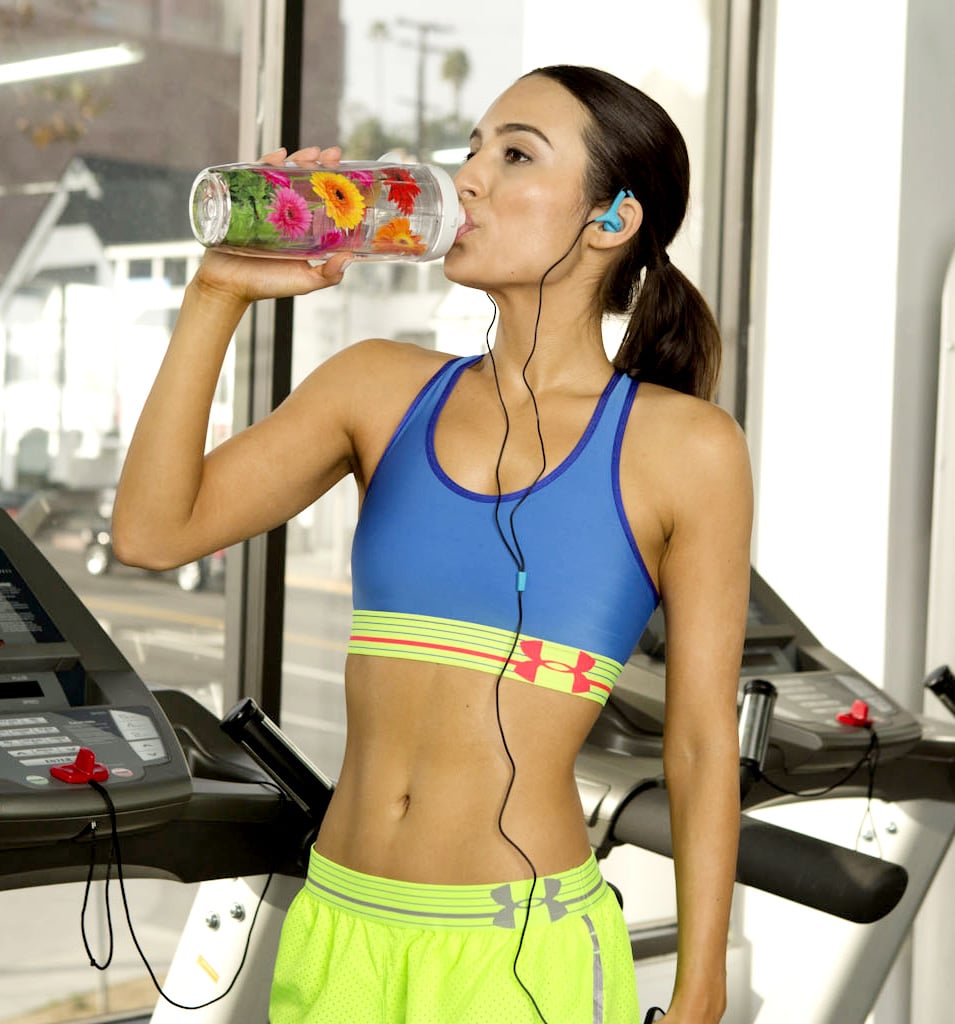 You definitely don't want to overdo it with nature's beverage. Although rare, there is such a thing as overhydration, a condition called hyponatremia where sodium levels in the blood become diluted and fall dangerously low. You'll know you're drinking too much water if you find you've gained weight when weighing yourself after a workout.