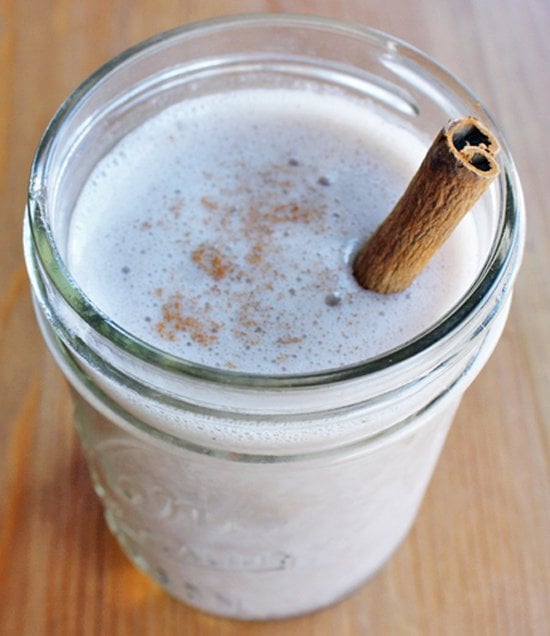 One of the key pieces of advice people will give you when you start any kind of diet is to have a support system. A friend, family member, co-worker, significant other, or accountability partner of some sort can help you stay on track and keep you together. They're there for you when you feel like you can't go on, supporting you through the tough times.

My support system is cinnamon. I'm joking, but I'm also totally serious. Cinnamon is getting me through my sugar cleanse. Let's rewind a little.

Related:
12 Healthy Cinnamon Recipes to Boost Metabolism in the Most Delicious of Ways

I gave up sugar for Lent. It was less for dietary reasons, more for the spiritual, mental, and emotional challenge, but that's beside the point. I cut cane sugar, rice syrup, coconut sugar, agave, maple syrup, honey, and any food that has added sugar. Naturally occurring sugars (like lactose in yogurt and fructose in fruit) are fair game, but sweets are off the menu. Even sauces that have "organic cane syrup," nut butters with coconut sugar, and salad dressings with honey are out of my life for the time being (until Easter).

It sucks. Do you know what kinds of foods have added sugar? THE BEST KINDS. I want something sweet all the time. I didn't eat a ton of sugar to begin with, but I enjoyed having little bits here and there, and realize now how much small, sweet treats are part of my everyday eating. I'm more conscious than ever about consumption, but my cravings have yet to go away . . . and I quit cold turkey over a month ago.

Back to cinnamon, my strength, my rock. As it turns out, this sweet-tasting spice is amazing for curbing sugar cravings and steadying blood sugar levels, and has a slew of other health benefits. And I've been putting it in EVERYTHING.

Worried that I had created a new vice for myself, I consulted registered dietitian Lisa Eberly, who told me that I was perfectly fine to spice up my diet with cinnamon. "It's on par with turmeric," she said. "Cinnamon is fantastic for inflammation, which helps with so many things — definitely RD approved."

Related:
Ready to Break Your Sugar Addiction? Experts Weigh In on What It Takes

You can put cinnamon in so many foods — mixed into plain Greek or Icelandic yogurt (I highly recommend coconut chips in addition to cinnamon!), in smoothies and protein shakes, in oatmeal and overnight oats, on toast, and even into soups. When I'm having a craving, I reach for the cinnamon, dump it into a blender or bowl, and don't look back.

I know I mentioned that I still have cravings and miss sugar, but adding cinnamon to my foods has made this all the more tolerable. The cravings might be emotional more than anything, but even if your willpower is iron-clad, it's still hard to fight off temptation when the office brings doughnuts or a server at a restaurant puts dessert down at the table next to you. I probably wouldn't survive this without cinnamon, honestly, and if you're trying to quit cold turkey on sugar, I suggest you try this out, too.

Relationships
I Lived With My Ex After We Broke Up, and It's One of My Biggest Regrets
by Lexi Inks 11 hours ago