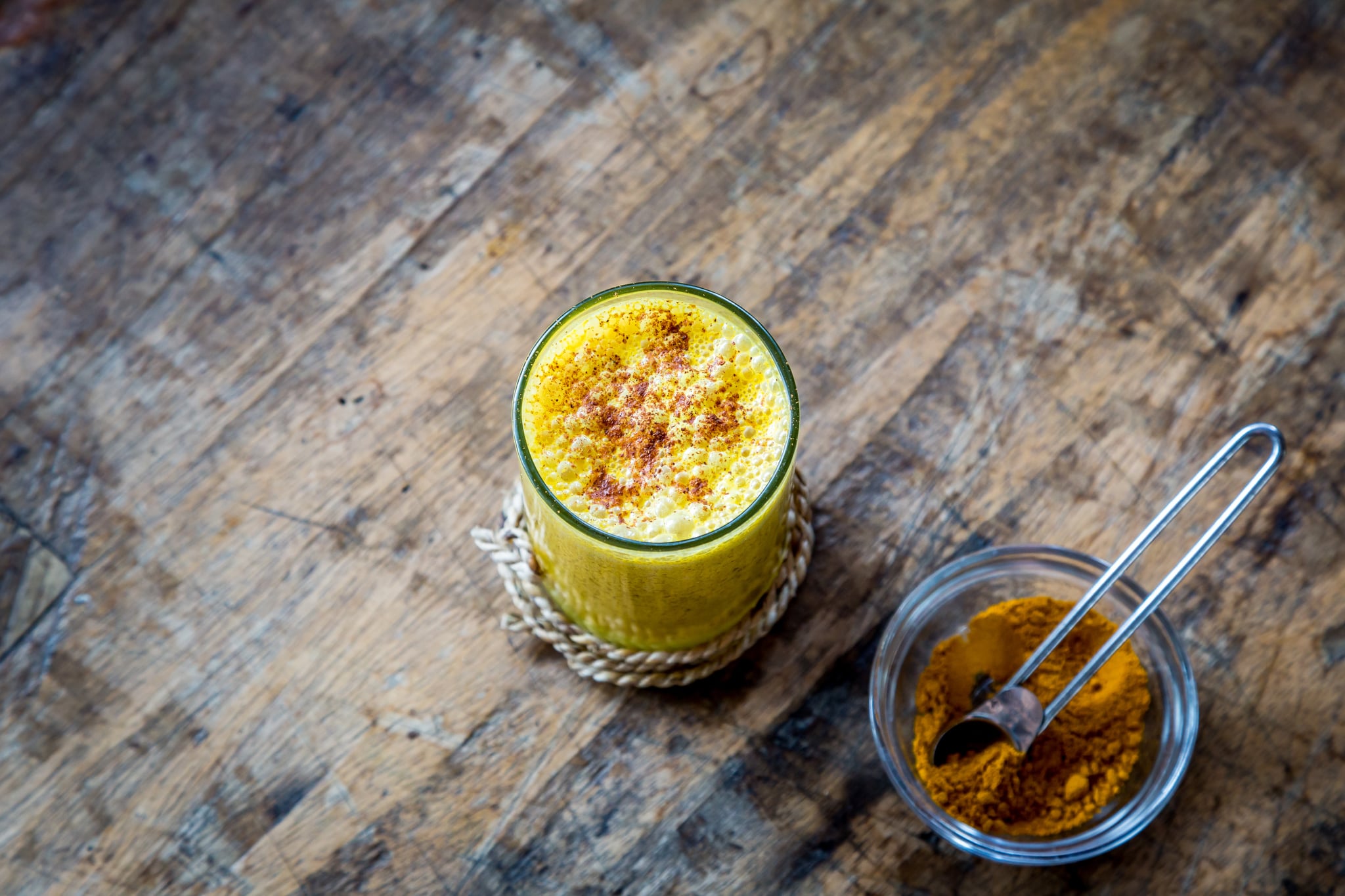 Ever since kale was revealed to be the most super of all leafy greens, health-savvy eaters have been keeping an eye out for the next big thing in nutritious eating. Avocados were the leader in the category for some time, but there's a new hero in the superfood sect that's been around for centuries but only recently taken the mainstream by storm: turmeric.

Related:
Exactly How Much Turmeric to Have a Day to Reap Its Anti-Inflammatory Benefits

Why should you eat turmeric?

By now you've heard the hype over this spice, but you're probably wondering if it's really all that great and if you should actually consider adding it to your diet. We get that. Thankfully, turmeric is not hype.

To the untrained eye, turmeric may resemble ginger, but it is richer in color with a heck of a lot more potent smell. The spice is actually a root-derived from a plant called curcuma longa, which can be used whole or ground and is known for its powerful antioxidant properties. Think of it as a great blood cleanser, an anti-inflammatory agent that helps you excrete toxins out of your body, and a substance that also helps to maintain and promote a healthy digestive and immune system. Research published in the journal Oncogene found that turmeric is actually a more effective anti-inflammatory than over-the-counter pain relievers like aspirin and ibuprofen.

Turmeric can also be used to increase levels of brain-derived neurotrophic factor (BDNF), which is a growth hormone in the brain that, when low, is responsible for increased risk of Alzheimer's disease, depression, and a host of other mental ailments.

The curcumin in turmeric has also been proven to reverse symptoms of heart disease. Many other studies have found a parallel function and effect of the substance on your heart as compared to exercise. That means adding turmeric to your diet, and the curcumin therein, is almost as good for your heart as working out! Ultimately, the power of turmeric is in its ability to cleanse your blood from the inside out and the incredible benefits it has on your heart, brain, and muscles.

According to culinary nutritionist Keisha Luke, "The taste and smell can resemble a curry flavor, which may be overpowering for some people's taste buds, but a little goes a long way — you can still get a lot of great benefits from turmeric, even in small doses."

Related:
The Weight-Loss Wonder That Is Sitting on Your Spice Rack

How should you eat turmeric?

There are a lot of turmeric recipes out there today. While we love the zeal with which everyone is embracing it, we'd be irresponsible to not point out that some are a little odd. That's why we decided to ask Luke how she incorporates turmeric into her diet. Here are her top methods of enjoying the taste and health benefits of turmeric in a nutritious diet.

Health
Do You Have "COVID Pits"? Docs Explain Why the Virus Can Mess With Your Body Odor
by Lauren Mazzo 5 days ago