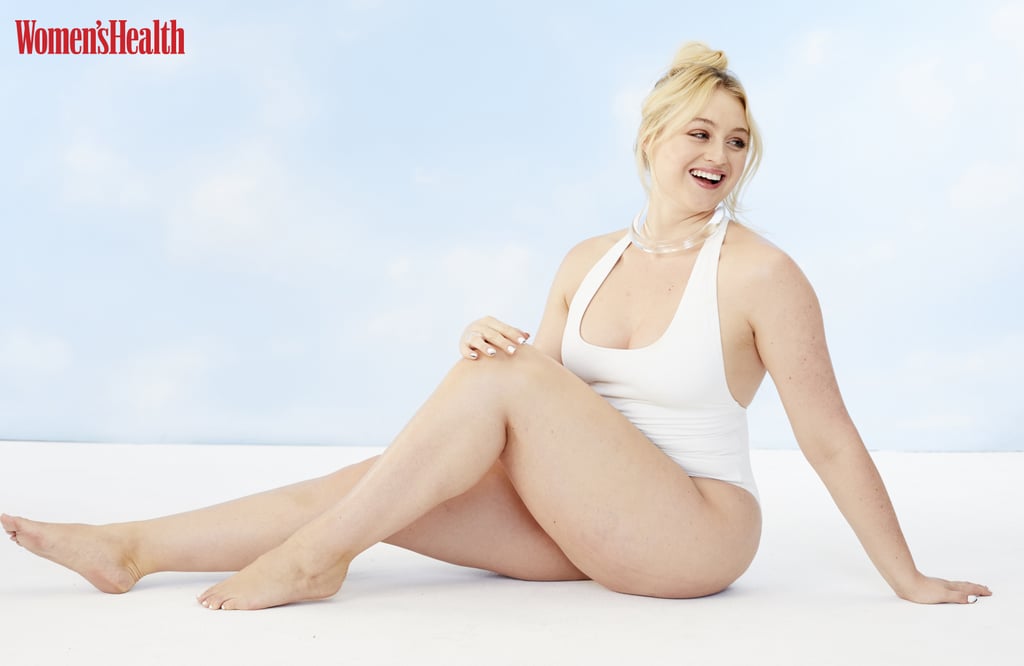 Having Negative Thoughts About Your Body? Iskra Lawrence Says to Get in Front of a Mirror

Iskra Lawrence doesn't focus on her so-called "imperfections" anymore; instead, the #AerieREAL Role Model has retrained her mind to see what's actually there: beauty. She's long been an advocate for body positivity and self-care — she told POPSUGAR in the past that meditation is her go-to as well as working out regularly. And the British curve model, 28, opened up to Women's Health in a recent interview about her journey toward accepting her body for its true worth.

As a teen, Iskra was "confused" by her body that, at age 13, was bigger than most models in the thigh-gap-obsessed industry (but was healthy). She developed an eating disorder and body dysmorphia. We can go on about what flaws Iskra saw in herself — which she now accepts as natural and uniquely hers — but that's not the point.

The point is that something shifted — she grew more confident in her skin. Ahead, check out how Iskra reworked her mindset and wants you to do the same. Plus, you'll find a love letter Iskra wrote to herself last year that's as inspiring today as it was then.

Fitness Gear
I've Used This Meditation Cushion For 9 Months, and I Feel the Difference in My Body and Mind
by Maggie Ryan 2 days ago

Food Reviews
Banza Now Has 2 New Plant-Based Frozen Pizzas, and We're Floored by the Flavor and Protein!
by Jenny Sugar 2 days ago

Healthy Living
If You Have Diarrhea, Abdominal Cramps, and a Fever, It Could Be a Salmonella Infection
by Christina Stiehl 4 days ago