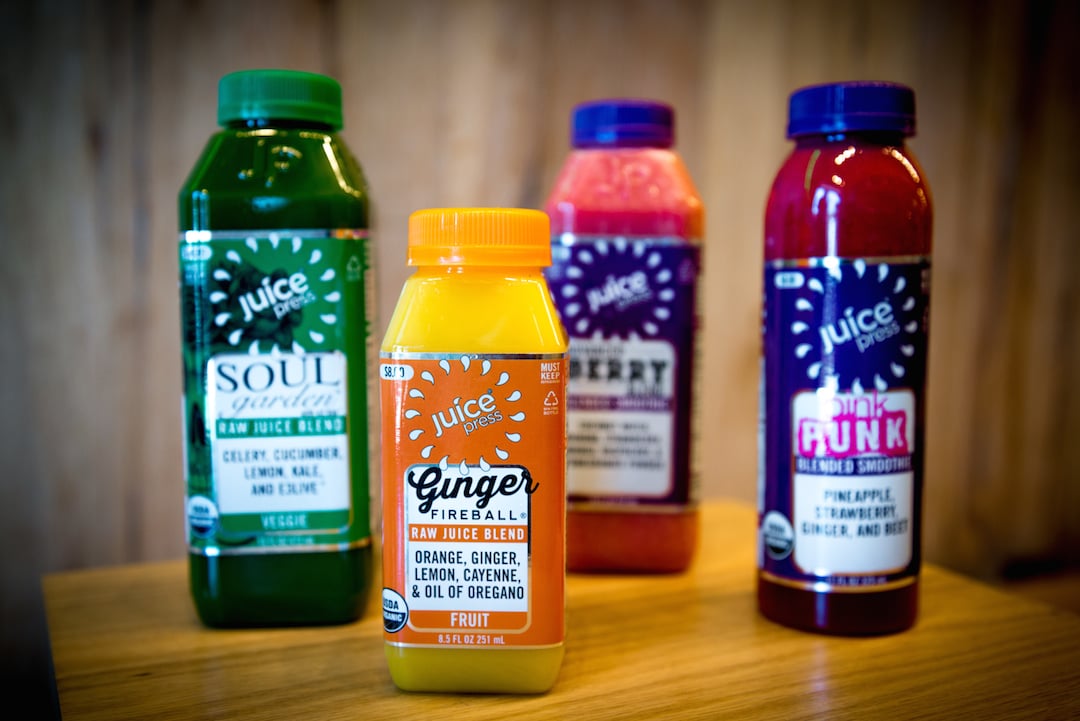 For some people, a few days of inhibition-free meals and a grotesque consumption of carbohydrates could warrant the desire to go on a diet, but for me, it was 24 years of horrendous eating habits. I'm not talking about a bagel once a week or an occasional pasta indulgence; I'm talking about oozing macaroni and cheese quesadillas at 4 a.m. and occasionally skipping meals. But being a 20-something in New York, surrounded by juice cleanses and CrossFit, I decided to listen to my body, succumb to what my mom's been telling me I've needed to do my whole life, and actually eat clean.

Throughout my entire childhood and my adult life thus far ‚ minus a slight speed bump during four years of college — I was one of those people you hated. I have a very fast metabolism and I guess you could say I took advantage of it by not eating well. Recently, being the reigning carbo queen was starting to take a toll on the way I was feeling. No number of miles on the elliptical could change the fact that I was putting crap into my body, and I was ready to make a change.

My co-worker and deskmate, Kelsey Garcia, wanted to make a change to her diet before the holidays as well, and we decided to do Juice Press's clean-eating plan, which is available for one, three, or five days. We were up for the organic challenge and committed to doing this, so went for the five-day plan.

Each day of the raw vegan food cleanse ranged from 1,340 to 1,510 calories. Although the diet lacked meat, there was no lack of iron throughout the five days thanks to all the almonds, lentils, quinoa, and sunflower seeds. As for protein, our daily intake ranged from 32 to 69 grams, and while the recommended amount for women is 46 grams of protein per day, our levels only fell below that two of the five days. There was an emphasis on healthy fats like avocado and almonds, and there was zero artificial trans fat throughout the diet. Every day had over 100 percent of our recommended fiber intake, and I definitely felt that there was a sufficient amount.

Below is a breakdown of what the five days consisted of, with about two hours between each juice and meal. 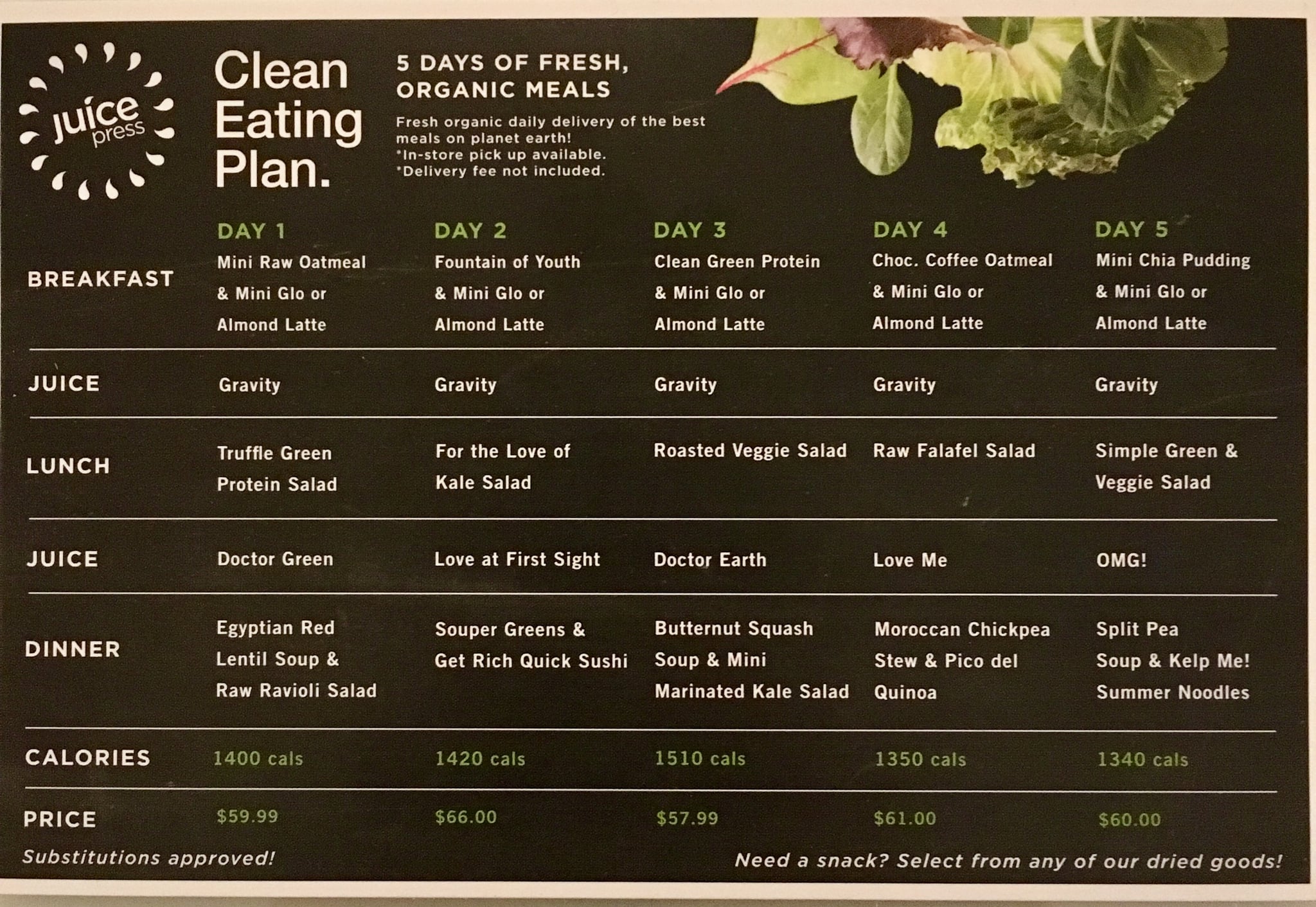 With such a structured meal plan and a positive mindset, I was ready to begin my clean-eating journey! While Juice Press does allow people to customize the diet to their personal preferences, I decided to follow the exact plan on the menu above in order to properly analyze my results . . . and let me tell you, I learned a lot about my body. I found out very early in the cleanse that I really enjoy juices — no matter how many vegetables they're made of, I would so much rather drink the greens than eat them (a solution that would've been very helpful during my childhood) and I also learned that I can survive without bread and miraculously still feel completely nourished.

Before starting the diet, I was afraid that I'd be hungry after each meal, but that was not the case at all. I was pleasantly surprised with how satisfied I felt after each juice and every salad. The only times I actually felt hungry were very late at night, but that was just a sign that it was time to go to bed. Thanks to the mouthwatering kale chips and tamari almonds, my snack needs were met. I wasn't left licking my fingers like after a bag of Doritos, but they both were really delicious snacks to nosh on throughout the day.

Although hunger was not an issue, what I did really notice my body reacting to was the lack of refined carbs. I'm not sure if carbohydrate withdrawal is a thing, but if it is, this was definitely what it feels like. I was eating carbs on the diet but not even remotely close to the way my body was used to. Going cold turkey with anything you consume on a daily basis is never easy, but whenever I found myself wandering to an Instagram account filled with cheesy pasta, I knew it must've be time for another juice. 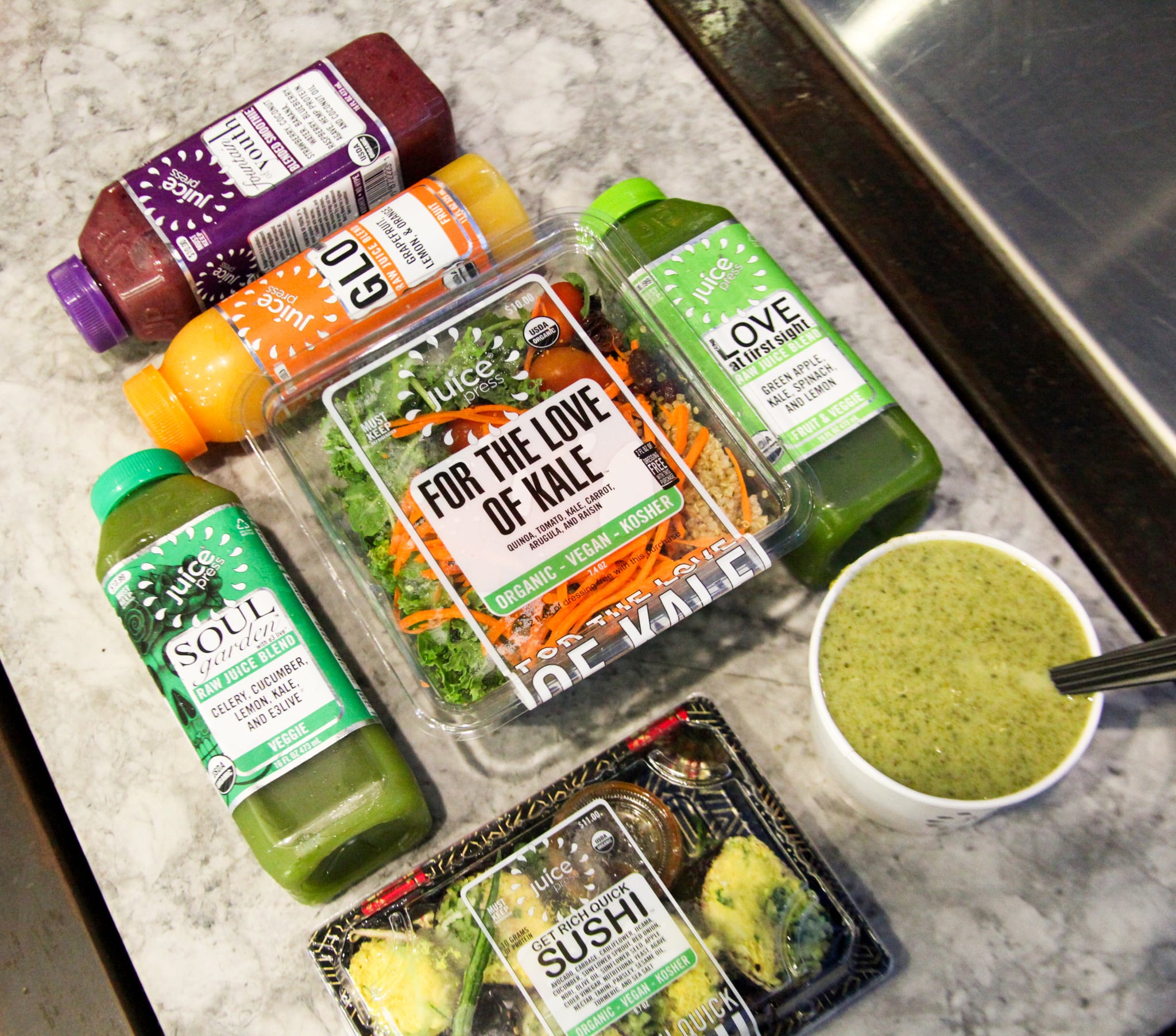 When I woke up on day three, I felt amazing. For someone who is typically bloated due to my dairy-filled meals, waking up with significantly less bloat was instantly noticeable. At that point I had already consumed seven juices, an oatmeal, four salads, a soup, and a healthy sushi, and I still had three days left. I did not look at the scale while I did the cleanse, but it felt like my water weight was gone after just two days.

Kelsey and I started the plan on a Tuesday, which made Saturday our last full day of eating clean, and of course, not the best idea for our social lives. On Friday night, I accomplished the impossible: a night out that didn't end with a slice of pizza. Being the responsible, clean-eating girl I was committed to being, when I packed my clutch for the night out, I made sure to include my essentials — wallet, keys, gum, Kylie Jenner Lip Kit, and yes, my tamari almonds. The biggest test of all, however, came when my date ordered a plate of cheesy waffle fries to the bar and I had to exert a level of self-control I did not think was humanly possibly and restrain myself. Shocking, I know, but my five days were almost done, and I had my almonds!

With such a drastic change in my eating habits, I tried my best to keep the rest of my daily routine the same. I worked out three of the five days and was surprisingly energized, even without my cappuccino. For my workouts, I typically did an hour on the elliptical in the evening. Admittedly, during the first day of the cleanse, I attempted to complete my usual cardio exercises but felt lightheaded and had to stop. I realized I hadn't eaten my dinner yet and the clock had been ticking since my previous juice. Moving forward, I made sure that I drank a lot of water and ate dinner about two hours before I worked out.

After putting my body through such a rigorous change of its usual consumption, you'd be right to assume that after a few days I became — for lack of a better word — hangry. If it were any other situation, I would probably try to sneak in an M&M or two to assuage my irritability, but doing the cleanse with Kelsey not only meant that we were holding each other accountable for our commitment, but also we were there to be each other's cheerleaders (using juices as pom poms, obviously). While I had trouble finishing my salads, she reminded me how delicious the dressings were, and while she struggled stomaching the juices, I'd be encouraging her to chug it as if we were at a college party. I don't think I would've been so committed and excited about changing my ways for five full days if I didn't have a close companion to experience this with. What better way to laugh about and make light of a hunger-induced mood swing than while sitting next to someone feeling the exact same way?! (Read about Kelsey's experience here.)

Looking back, the cleanse was a complete success. Not only did I shed my water weight and drop a few pounds in just five short days, but it led to a realization about my nasty eating habits that I needed to see firsthand to believe. I'd be lying if I said I didn't get a slice of pizza after completing the final meal of the cleanse, but it was after midnight following day five, so technically I made it through. While I do think I've gained those pounds back, my eating habits most definitely have changed. I've managed to stay away from my late-night, hybrid toaster-oven treats and have been making a conscious effort every day to listen to my body and avoid meals that make me feel totally stuffed when I'm done. I wish I could say that I've transformed into a salad-loving, green-drinking girl postcleanse, but I'd still choose a turkey wrap over a salad any day.

I learned that it truly is possible to make healthy food choices regardless of how busy you are, and I gained a new obsession: kale chips. Yes, it may be easier to eat a cheesy dinner rather than take the time to cook a healthy meal, but it's so worth it when you feel the difference. Five days of clean eating could definitely not reverse my 24 years of carb loading, but seeing how great I felt with a little green in my life has definitely impacted my eating habits postcleanse. 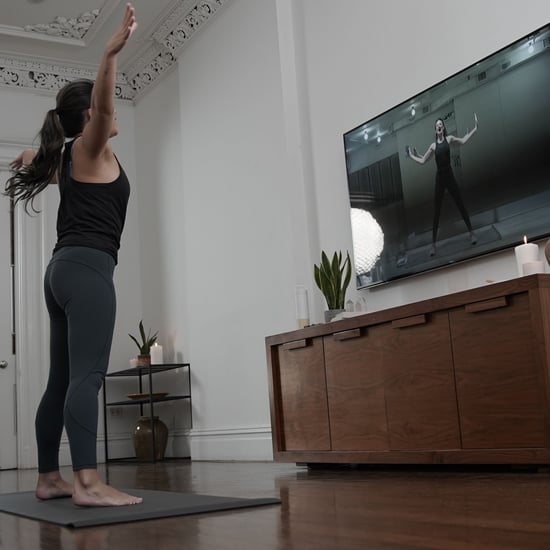 Healthy Living
I Do "Damp January" Instead of Dry January, and I Never Feel Deprived
by Lauren Manaker 2 weeks ago

Healthy Eating Tips
Should You Try ProLon, the Popular Fasting-Mimicking Diet? We Asked Dietitians
by Lauren Manaker 2 weeks ago