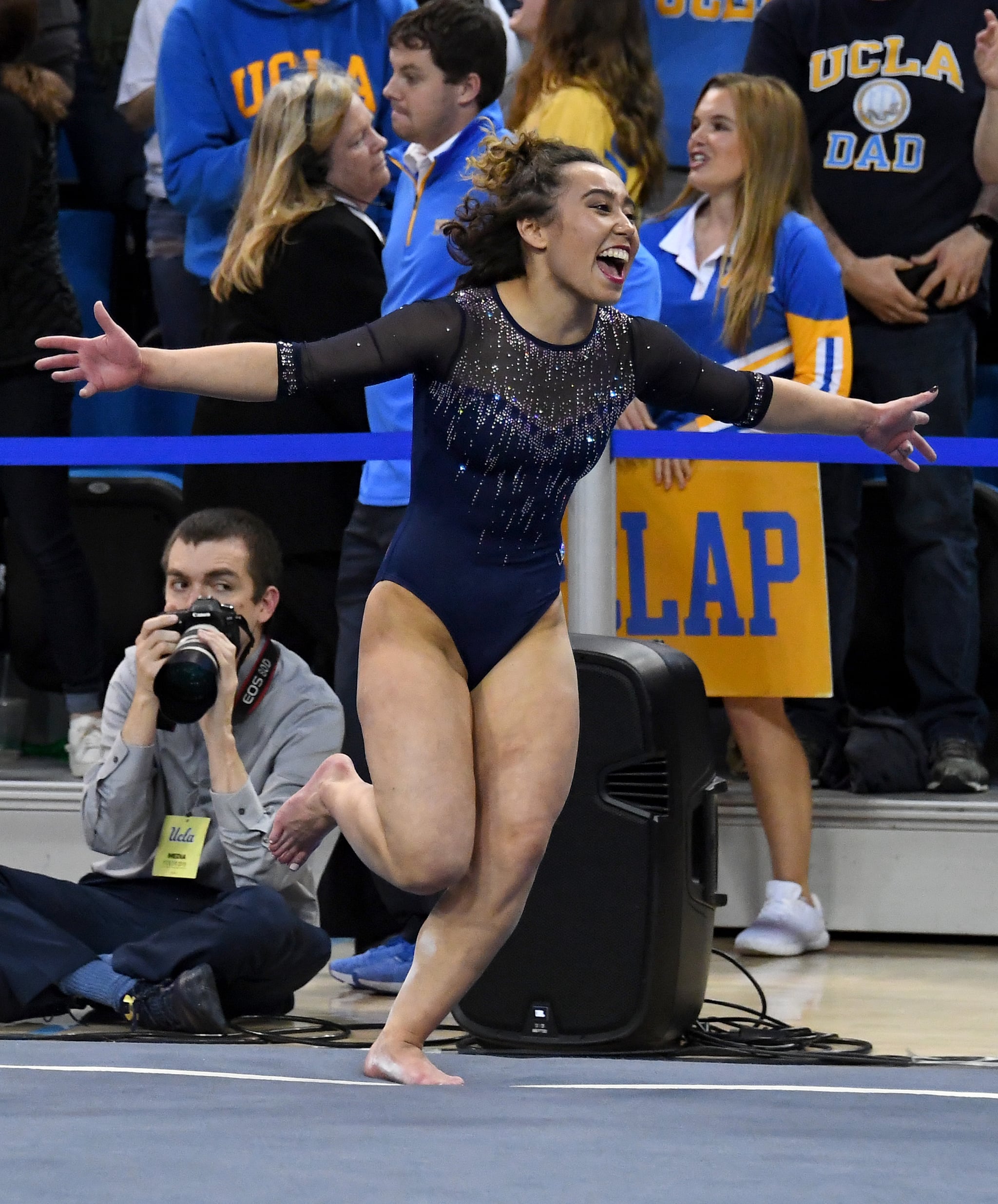 Gymnast Katelyn Ohashi may have gone viral for her joy-filled floor routines as a star gymnast at UCLA, but over the last year, she's proved that her power goes far beyond what she can do on the floor. In a wrenching op-ed for NBC News following the NCAA Championships, Katelyn revealed that, as a young gymnast on track for the Olympics, she "correlated misery with greatness." The pressure to be the best broke her down, mentally and physically. She was riddled with injuries, and her body image deteriorated. "I was told that it was embarrassing how big I had become," she said in an emotional Player's Tribune video last year. "I was compared to a bird that couldn't fly." It wasn't until she stepped down from elite gymnastics and set her sights on college competition that she rediscovered her joy.

But the path back to self-love wasn't linear. "I think everyone is on this constant journey to truly love themselves and everything about their body," she told POPSUGAR. "And I feel like it's so normal to have days where you feel confident, and other days where you feel uncomfortable and just literally don't even want to look in the mirror." She said it's about finding a balance, "learning to embrace everything that you don't love about your body."

Related:
Katelyn Ohashi's ESPYs Acceptance Speech Not Only Rhymed, but It Left Us Shook

The body-shaming epidemic in sports, and women's sports especially, is all the more painful because of how it twists athletes' relationships with their bodies, driving them to doubt and be ashamed of the very vehicle of their power. It's something Katelyn is actively fighting against. "One thing that sport has allowed me to discover is that my body does things that not everyone can do," she said. To be criticized for her body, for the strength that has earned her perfect 10s and mesmerized millions, would lead many people to frustration and even anger. But Katelyn has no animosity for people who have body shamed her.

She said simply, "I can't let it affect me. Half the people that are saying these things probably can't do double back flips and twists and things like that, so I just have to be really grateful. And I think we should all be extremely grateful for what we're given." Hearing body-shaming comments "makes me feel like I want to reach out and give them a hug," Katelyn told POPSUGAR. "I feel like it's so easy to love. People like that, you never know what they're going through. You just want to help them."

Now graduated from UCLA, Katelyn is in the midst of a whirlwind Summer that sees her speaking at events like POPSUGAR Play/Ground, debuting a new partnership with Gatorade's Beat the Heat hydration program (including a hilarious commercial with a Serena Williams cameo!), and preparing for one final competition, the all-female Aurora Games at the end of August. It'll be one more chance to cheer for her iconic floor routine and to watch her spread joy, confidence, and her fearless message far and wide.