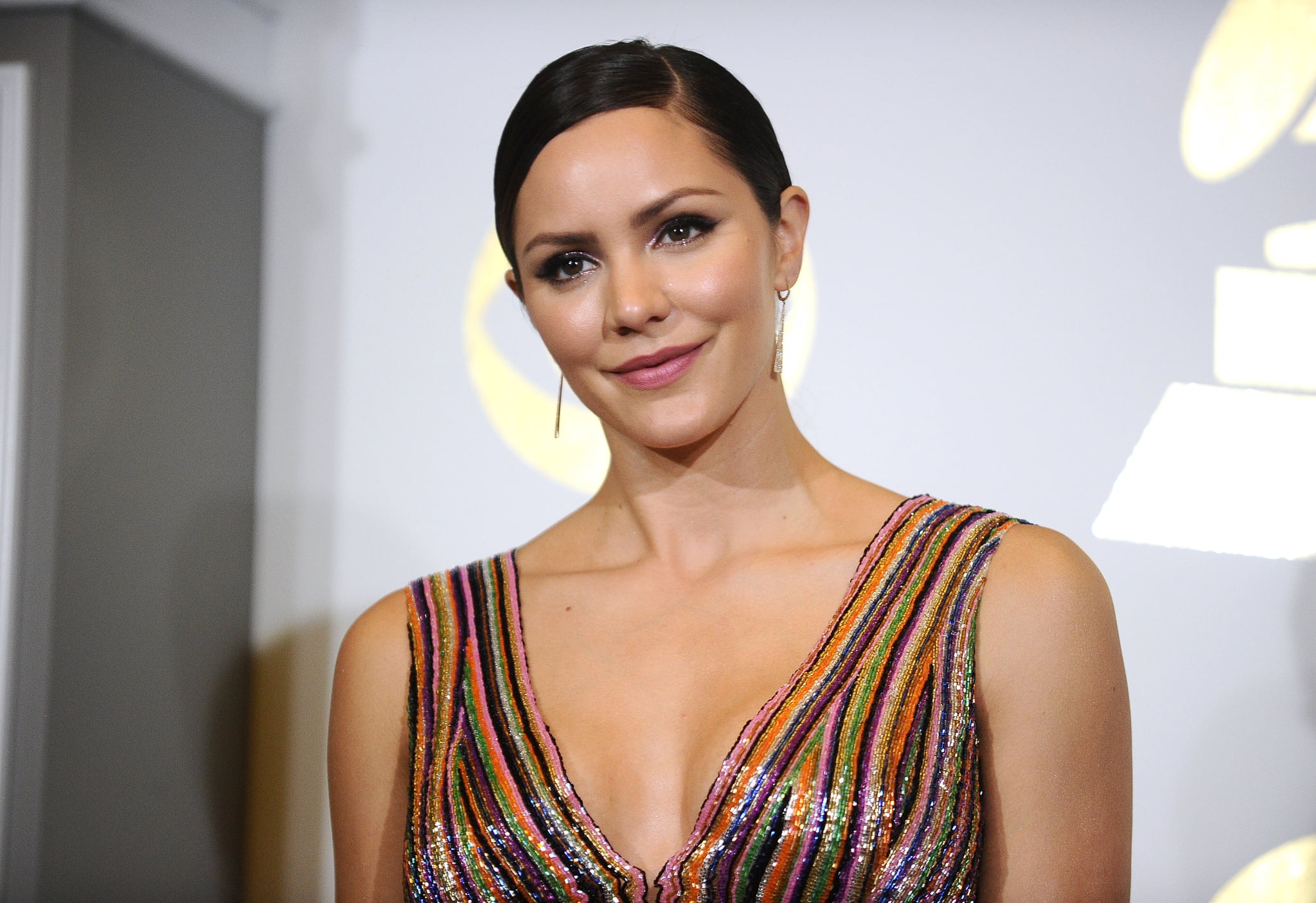 Katharine McPhee's career is soaring. She recently released a jazz album and stars in the show Scorpion, which is currently in its fourth season, but her most important responsibility is taking care of herself. The 33-year-old singer and actress recently opened up about mental health and self-love in the December cover feature of Health magazine, and it's incredibly inspiring. Katharine doesn't hold back on her admiration for Khloé Kardashian and her favorite workouts, but after a "strong workout," the healthiest thing she does is work on her mental health.

"I'm taking the most care of myself when I have a really strong workout," Katharine said. "And then, when I go to therapy. It's not as consistent as I'd like it to be, but when I make the text appointment, I feel like I'm taking care of myself, and that makes me feel like a responsible human being. And truthfully, an intense workout does so much for me mentally as well. So it kinda goes hand in hand."

Exercise isn't only about the physical benefits; it's about the mental benefits — and Katharine knows that. "I think that's the whole thing about mental health — just an awareness of how you feel," she added.

She gave up counting calories and counting numbers on the scale years ago because she felt she was depriving herself of things she loved. Katharine has come a long way since struggling with these numbers in the past, and right now, she's "trying to find more balance, less torture, and more moderation."

So what does she do when she's feeling low to remain aware and in control of her mental state? It's all about the things she tells herself.

"I know when I feel best, so I have to fight the times when I don't feel my best," she said. "I used to drive my poor ex-husband crazy, because I was so thin and saying, 'Oh, I'm fat.' I've moved away from that, thankfully, and I've grown up. But God, sometimes I still wanna say something negative, but at the end of the day, I really do love my body. [Even] if it's not in its exact, perfect form, you have to still love it and appreciate it."

To stop herself from negative self-talk, Katharine consciously cuts herself off. "I just won't say it," she shared. "Literally, I'll say to myself, 'Katharine, it's in your head. Nobody sees that.'"

It looks like we have a new motto to add to our list of ways to stop negative self-talk. We need to build one another up and focus on the multitude of amazing traits that make us unique instead of the one thing stuck in our heads. When you are feeling low and thinking hurtful things about yourself, just remember Katharine's advice.