What's the oldest, healthiest superfood you may never have heard of? The tigernut! Our friends at PaleoHacks are here to break down the health benefits of this ancient starch and offer a delicious tigernut coconut bread recipe for you to try out at home. 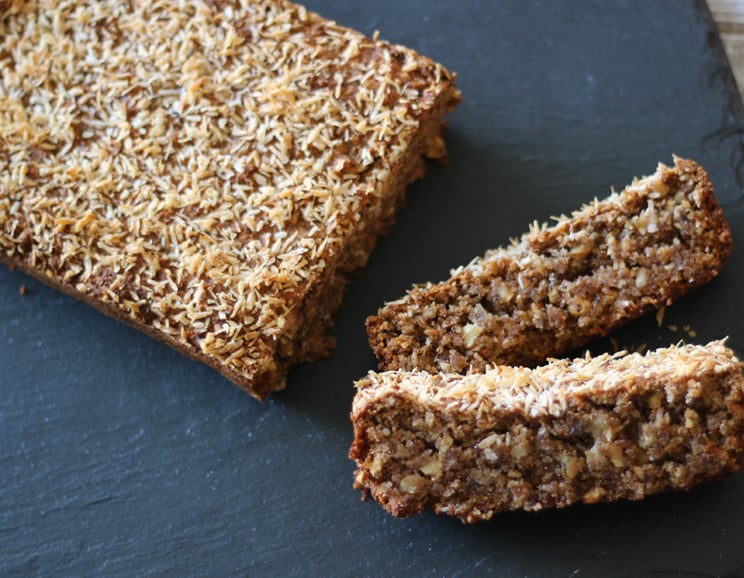 Things have a way of coming full circle in the world of nutrition.

Doctors used to tell us that eggs and red meat put you on the fast track for a heart attack or stroke. Now, they're recommending those very foods as an important part of a healthy diet!

There have been plenty of fads and trends along the way. But when you boil it down to the essentials, the principles of what makes a healthy diet have stayed the same.

Some of the latest hot trends in the Paleo community?

Foods our ancestors ate for thousands of years, but somehow got swept away in the race to the carb and sugar-loaded processed foods of today. One by one, these foods are being rediscovered by health-conscious types and integrated into their lifestyles.

They can even be safely consumed by people with nut and other severe food allergies!

Keep reading to find out everything you need to know about this trendy superfood sweeping across Paleo circles… and why it lives up to the hype.

What in the World are Tigernuts?

Let's start at the beginning.

What in the world are tigernuts?

They might sound like a sugary treat or breakfast cereal, but that couldn't be further from the truth.

Tigernuts aren't actually nuts at all. They have a similar size as many nuts, but they're actually tiny starchy tubers (vegetables that grow underground from root-like bulbs) of a grassy plant called yellow nutsedge, nut grass, or chufa. They don't have anything to do with tigers, either. Tigernuts got their name because of their faint stripes.

Tigernuts grow in the wild in northern Africa and the Mediterranean, right in the cradle of civilization. People who live in those areas have eaten them for millions of years. Many people there continue to eat them to this day. Tigernuts just might be the world's oldest superfood.

Tigernuts played a huge part in our ancestors' diets. Research from Oxford University discovered that 'Nutcracker Man,' an ancient human ancestor in East Africa, survived on a diet of up to 80 percent tigernuts. Nutcracker Man lived around two million years ago, at a critical time in our evolution.

People do way more than just eat tigernuts too. It's possible to grind the tubers up and turn them into flours to cook with. In the Valencia region of Spain, people grind up tigernuts and soak them in water to make a delicious drink called horchata. Horchata is extremely popular in and outside of Spain – you can find it sold today in a variety of health food stores and restaurants.

Tigernuts stand on their own as a completely unique food. Because they aren't just another variation of a food you're already used to, trying them for the first time is a one-of-a-kind experience. Unlike actual nuts, tigernuts are sweet with a hint of vanilla or coconut flavor. They're a little crisp on the outside, but when you bite into them you'll find a soft middle. Most people are surprised to find a "nut" that's chewy on the inside!

A Huge Range of Health Benefits

Tigernuts pack a huge nutritional punch, making them the perfect addition to your Paleo lifestyle. You probably already know how great nuts and seeds are for snacking, but it's easy to overdo it and accidentally eat too many calories because they're so energy dense. This is extremely frustrating if you're trying to lose weight and can't figure out why the pounds aren't coming off.

Snacking on tigernuts eliminates those worries. These tubers can actually speed up weight loss because they're packed with resistant starch. Resistant starch is great because it helps suppress your appetite . You end up feeling fuller and energized for longer periods of time. And an important practical note: it's much harder to overeat with tigernuts because they take longer to chew than nuts, seeds, and other snacks.

The resistant starches inside tigernuts also act as "pre-biotics," which feed the probiotics (beneficial bacteria) in your digestive tract. If you're struggling with digestive issues, mineral deficiencies, or any other symptoms of gut bacteria imbalance, making tigernuts a regular part of your diet can help.

As far as their nutritional profile, tigernuts are pretty hard to beat. They're high in a ton of key vitamins and minerals. Tigernuts have just as much iron as red meat and just as much potassium as coconut water! They're also high in magnesium, phosphorous, and vitamins C and E.

Tigernuts are also high in healthy fats. This makes them extremely unique. Unlike potatoes, sweet potatoes, and other tuber relatives (which are basically pure carbohydrates), tigernuts also offer a healthy dose of fat. And it's the right kind of fat too. The fatty acid composition is similar to olive oil: 73 percent monounsaturated fat, 18 percent saturated fat, and 9 percent polyunsaturated fat.

Tigernuts are also free of toxins – like gluten and soy – found in so many modern foods. This makes them a perfect fit within the Paleo framework. Even better: they don't contain potential allergens like dairy and nuts, making for easy digestion and tolerance.

If all of those health benefits weren't enough, you have to appreciate tigernuts' versatility and portability. You can take them on the go and snack on them of course. But you can also turn them into flour – you can cook anything from brownies and cookies to cakes and even pizza dough. If you're not wild about coconut or almond flour, this could make a nice alternative. You can even try making your own horchata if you're feeling game.

Where Can You Find Tigernuts?

Despite their popularity among our ancestors, tigernuts have gone almost forgotten in today's era of corporate agriculture and food processing.

Thankfully, fresh interest in the world's healthiest foods has sparked a rediscovery of this superfood. Today, you can find tigernuts at your local health food stores and specialty shops. It's definitely still a niche market, though that's changing quickly. Tigernuts are slowly but surely making their way into grocery stores as well. Organic Gemini TigerNut products are available in Whole Foods across the U.S.

But fortunately you have another option:

You can pick up Organic Gemini TigerNuts online, either directly from the manufacturer or through retailers like Amazon. This is an easy way to try tigernuts in a small quantity and see if you like them. And you'll save yourself the hassle of calling around or visiting multiple health food stores to make sure they have what you're looking for.

Just like with other foods, the quality of your tigernuts is hugely important. Farming and fishing supply stores (tigernuts are often used for bait) might try to sell you tigernuts cheaper than what you'd pay elsewhere. Unfortunately, those products are lower quality then tigernuts prepared for human consumption. Many of them haven't been cleaned properly, and they still have fungicide, preservatives, and other chemical residues that make their way into your body when you eat them.

You'll get the most health benefits by investing in organic, premium-quality tigernuts. All Organic Gemini TigerNut products are OK Kosher certified, USDA certified 100% organic, non-GMO, gluten-free, dairy-free, vegan, and raw. They're actually the only USDA-organic certified tigernut company in the United States!

To get you started with some tasty, fun ways to enjoy tigernuts, we've created a delicious TigerNut Coconut Bread recipe that's topped with shredded coconut. It's perfect for breakfast, dessert, or even just a healthy and filling snack packed with fiber and nutrients. 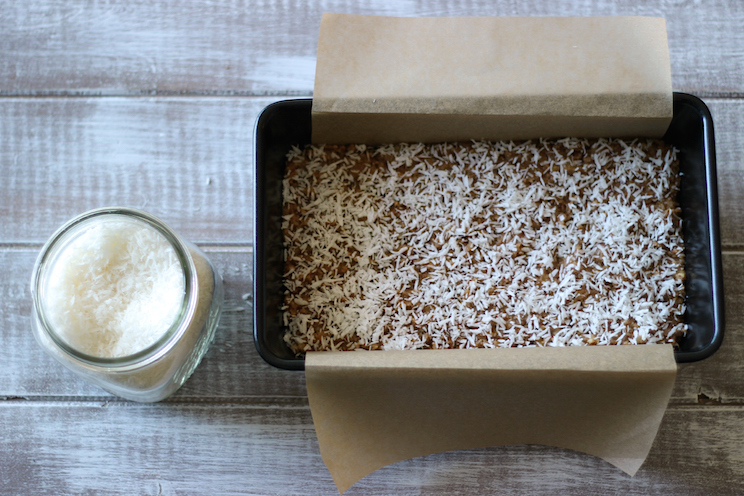 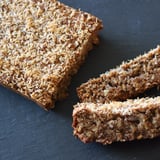 Meal Prep
When It's Too Hot to Turn On the Oven, Here Are 30 Healthy Ideas For Meal-Prep Sunday
by Jenny Sugar 4 days ago 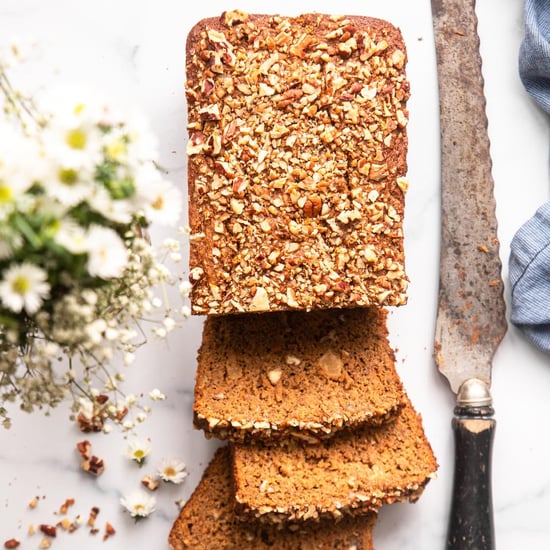 Healthy Recipes
Sheet Pan Protein Pancakes Mean Less Mess, No Flipping, and No Standing Over a Hot Pan!
by Jenny Sugar 3 days ago 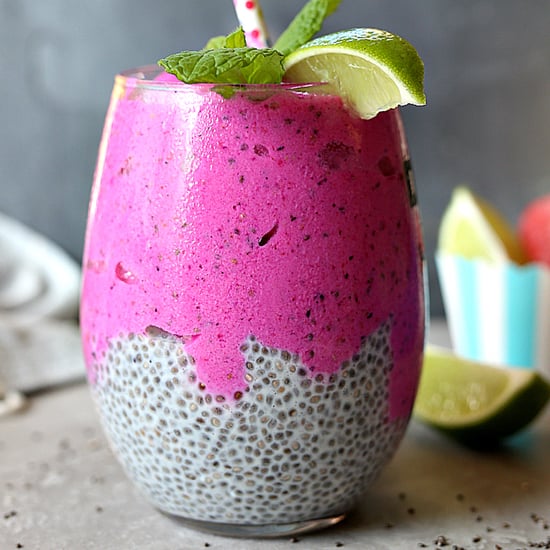 Healthy Recipes
Ring, Ring! Summer Is Calling and It Has the Best Strawberry Smoothie Recipes on the Line
by Lauren Harano 1 week ago

Healthy Recipes
These Summer Salads Are Fresh, Healthy, and Full of Good-For-You Ingredients
by Lauren Harano 1 week ago