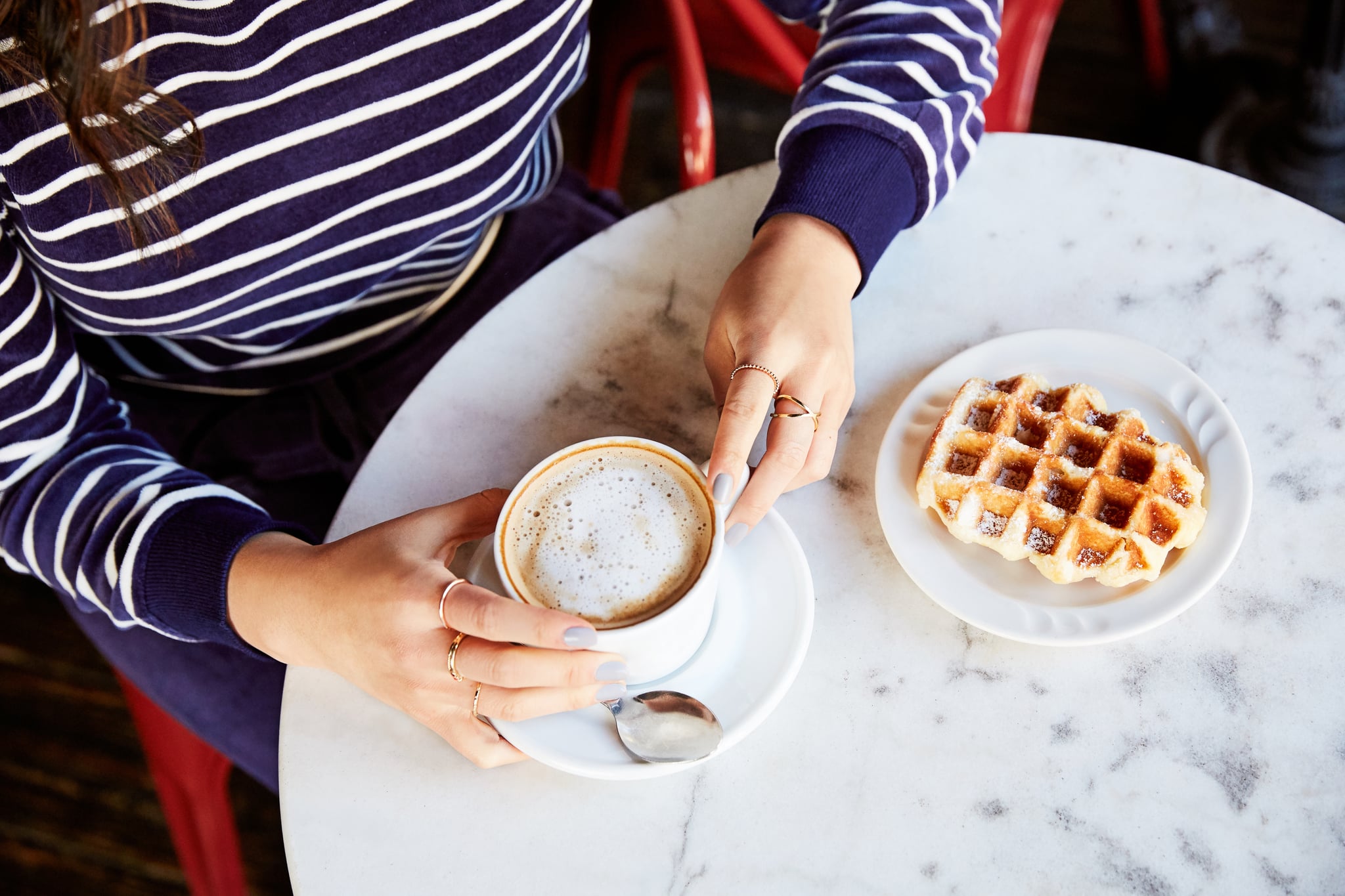 I started drinking coffee when I was 17 years old. Actually, it was a french vanilla cappuccino from a gas station vending machine, and it was my jam. Then came college, followed by my first magazine job (which consisted of really long days when we were approaching deadline), and my caffeine intake slowly transformed from occasional indulgence to daily necessity.

I'm also a terrible sleeper. I don't think the latter is a direct result of my coffee intake, as I've struggled with insomnia since adolescence, but it can't be doing me any favors. Especially since it's not uncommon to find me slugging back a cold brew at 2 or 3 in the afternoon. I've read studies that suggest caffeine can throw off your circadian rhythm — particularly when consumed past a certain time of day. So, in the name of precious sleep, I decided to swear off all caffeine for seven consecutive days to see if it would help me achieve more restful sleep.

Before I give you the full recap, I will say this: there are two big problems with my sleep cycle. Not only do I toss and turn and have trouble falling asleep, but I'm also a hyper-light sleeper and wake up multiple times throughout the night. Double the fun! Here's what went down.

Related:
Melatonin Is a Natural Sleep Aid, but Here's Why You Should Stop Taking It

I Found Other Ways to Stay Energized

On day one of my caffeine-free week, I will admit I was pining for my usual morning pick-me-up. It's typically the official start to my day, and I missed that easy burst of energy I dependably find at the bottom of a mug. I was working from home that day, and after about an hour and a half had passed since I woke up, I decided to go to work out to get my heart rate up. I got a green juice, and when I returned to my computer, I did in fact feel energized and alert. I thought, Hell, maybe this experiment will also do wonders for my glutes.

Over the course of the week, I was able to find alternate ways to get into work mode other than coffee: a morning run, wheatgrass shots, even a little hanky-panky.

Related:
I Replaced My Morning Coffee With a Ginger Shot Years Ago, and It Seriously Changed My Life

I Did Feel Better, but Not in the Way I Expected

I will say, I did notice a slight improvement in my ability to fall asleep at night. It wasn't lights out as soon as my head hit the pillow, but I wasn't rolling around in bed and staring at the clock for an hour, as I've done many times in the past. This experiment didn't seem to solve the other problem, though — once I fell asleep, I still found myself waking up at least twice in the middle of the night.

That said, ditching caffeine did come with a rather unexpected side effect. Typically, I'm hit with random snowballs of anxiety throughout the day — everything from claustrophobia to phone anxiety. (And I'm a writer. Phone interviews are basically half my day.) To my surprise, laying off the caffeine actually helped curb the pounding heart rate and sweaty palms that would usually creep up when getting on the subway at rush hour or calling to make a doctor's appointment.

And maybe it was all those kale-based juices I consumed in the mornings, but by the end of the seven days, I felt lighter, fresher, and all around in a better mood.

Related:
If You Always Feel Groggy, You Might Be Missing Out on This Specific Type of Sleep

So, Am I Off Caffeine For Good?

Probably not, but I did discover that there are a variety of ways to get energized other than entering a coffee shop. I will strive to keep it to only one or two cups a day max, and I'm giving myself a hard cutoff time. New rule: no caffeine after noon. I'm not convinced it will make me a rock-star sleeper (still working on that — stay tuned), but if I can shave some of the anxiety from my daily life and consume more greens, I'm on board.

Health
This Counting Trick — No, It’s Not Sheep — Always Puts Me to Sleep
by Maggie Ryan 5 days ago

Sex and the City
What Has And Just Like That Done to Miranda Hobbes?
by Njera Perkins 5 days ago