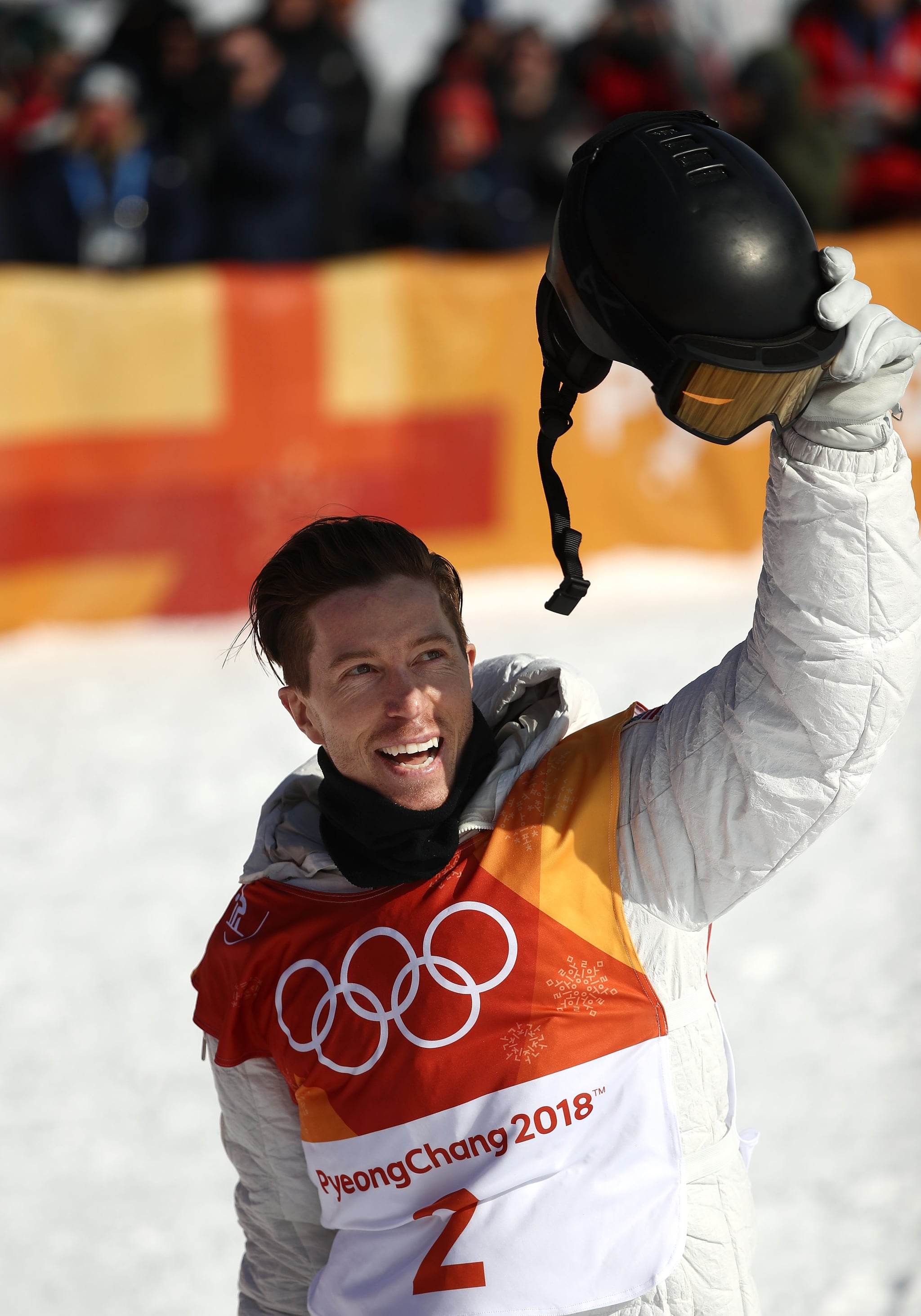 Shaun White has returned to the podium with a vengeance, cementing himself as the most decorated Olympic snowboarder of all time. With a 97.75-point ride in the Olympic halfpipe, Shaun earned the third Olympic gold medal of his unprecedented career.

Related:
Olympic Snowboarder Shaun White Is Over Being Called the Flying Tomato

Opening with a leading score of 94.25, he finished round one in first place but was unseated by Team Japan's Ayumu Hirano's 95.25-point second run — and then he fell during his own second run. But with his third and final run, his final score of 97.75 put Hirano in silver and beat out Australia's Scotty James (bronze) by more than five points.

Shaun's Olympic history hasn't been entirely paved with gold; after a breakout gold-winning performance in 2006 and another gold in 2010, he came in fourth in 2014 and has since been on the road to redemption. Today's gold adds to his collection of medals, making for 26 overall (including Summer and Winter X Games). He is the only snowboarder in the world to have three Olympic gold medals.