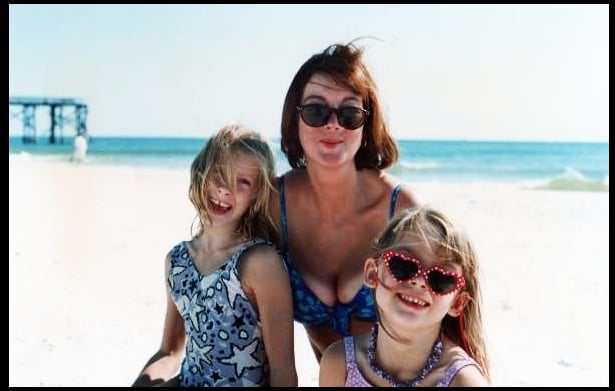 It was hard to believe that, at just 25 years old, I needed to see a breast-cancer specialist. As I waited on the exam table, all I could think about was my mom's battle with breast cancer and the fight my stepmom lost to the disease. Memories flooded my mind. Clumps of hair on my stepmom's pillow. The sound of my mother sobbing the night following her mastectomy. I was all too familiar with what a woman's battle with breast cancer can look like, and I knew it wasn't something I was prepared to face myself.

At my routine gynecological checkup just a few weeks earlier, my doctor asked about my family's medical history. It was my first time seeing this ob-gyn, so while getting her up to speed, I mentioned that my mom is BRCA1 positive. BRCA is the "breast cancer gene," and I knew there was a 50/50 chance I'd inherit it from her. I could tell this new information caught the doctor's attention. She lifted her head from my medical records, looked at me intently, and asked, "What were your test results?" When I admitted I hadn't been tested yet, her concern was clear. She told me about her patient who had inherited the BRCA gene from her mother. She was in her late 20s and had already been diagnosed with stage 4 breast cancer. "When young women are diagnosed with breast cancer, it is often very aggressive and fast spreading," she warned me. The message was clear: I could not afford to wait any longer. I needed to get this test as soon as possible.

On my way home from that appointment, I called my older sister, Holly, to spill everything my doctor told me and urge her to get tested, too. It was a wake-up call for both of us. We had known for years that our mother was a carrier of the BRCA1 gene, but it didn't seem like we should worry ourselves with the test until we were at least in our 30s. Holly, who is two years older than I am, promised to make an appointment the next day. 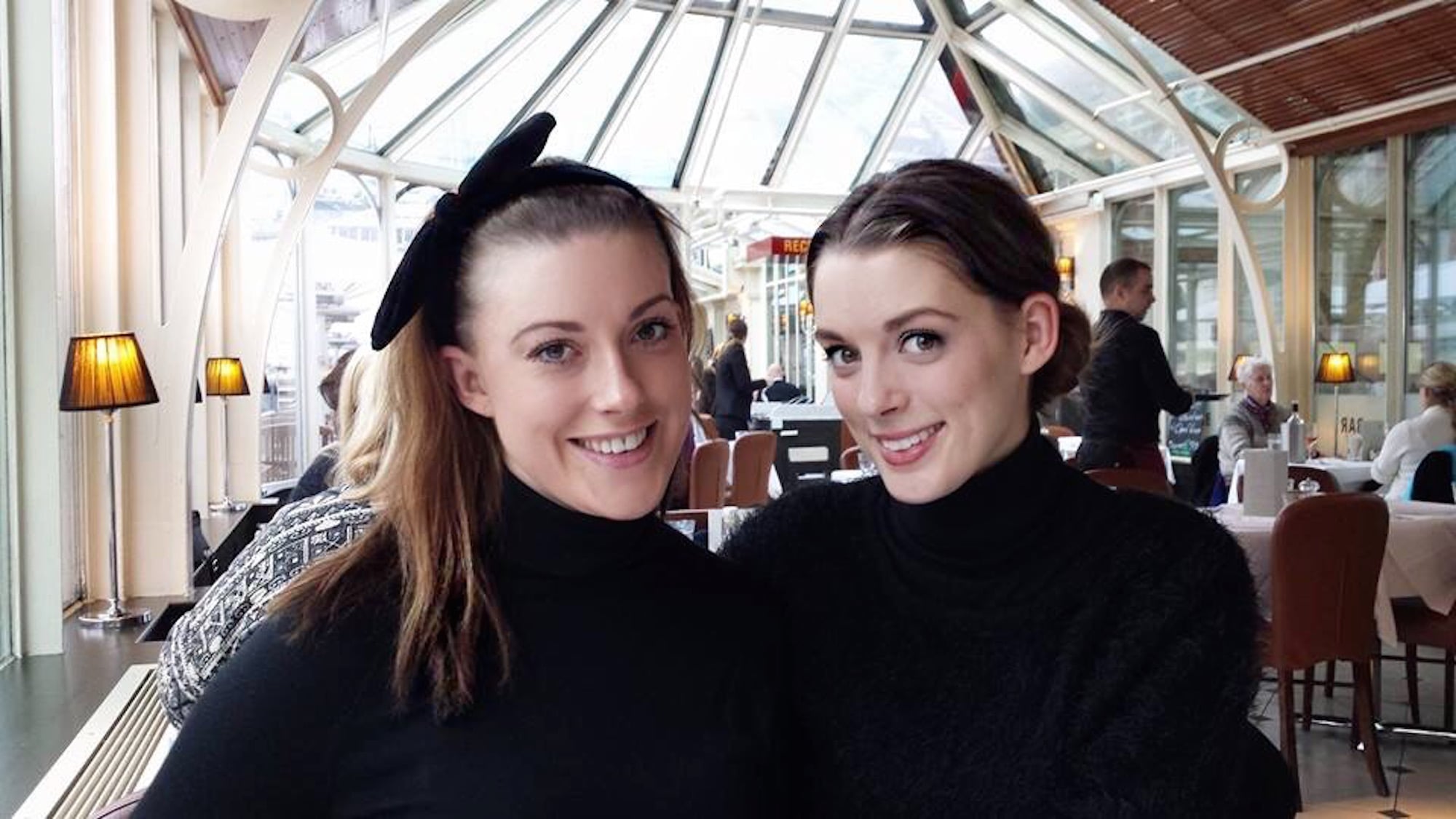 At the specialist's office, they gave me a robe with a little pink breast-cancer ribbon to wear. I wondered if hospital gowns and needles would soon become a "normal" part of my life. My anxiety began to spike. What if I do carry the breast cancer gene? Do I have to get my breasts and ovaries removed? What about my chances at having children one day? How the heck will I afford the treatments?

The appointment started with a breast exam, followed by a detailed account of my family medical history and a quick cheek swab to gather a saliva sample to send to the genetic testing lab. The doctor told me what being BRCA positive would mean for me and what the next steps would be should I carry the gene. I could opt for a double mastectomy with or without reconstruction. Alternatively, we could stick to breast exams and internal ovarian ultrasounds every six months to monitor for any developments. She didn't go into too much detail; she told me we would discuss my options in depth when the results were in. I was doing my best to stay calm, but my head was already spinning. My mind kept going back to my 10-year-old self, sitting next to my mom in the hospital, a chemo drip in her arm. Even as a kid, I was in awe of the strength she showed. I wasn't sure I could be as strong.

There was a real possibility that my body — so closely tied to my identity as a woman — could literally kill me.

That night, I tortured myself by reading article after article on the breast cancer gene. I learned that women who carry either BRCA1 or BRCA2 have a 40 to 65 percent risk of developing breast cancer by age 70 vs. an average woman's lifetime risk of 12 percent. Carriers of the mutated genes also have about a 11 to 39 percent chance of developing ovarian cancer vs. a less than two percent risk for an average woman. The facts were overwhelming. By the time my boyfriend arrived home, I'd been researching BRCA for an hour and had sufficiently scared myself. I began to cry as soon as he hugged me. For the first time in my life, I was scared about my future and my health. There was a real possibility that my body — so closely tied to my identity as a woman — could literally kill me.

It would be two weeks until I received my results. I often found myself anxiously counting down the days until I would get the call. I didn't allow myself to do any more research after that first night; it just wasn't making me feel any better. My mom would check in every few days to see if I had received my results. "I feel so guilty, Sarah," she told me during one of our weekend phone chats. She knew firsthand the battle that my sister and I might have ahead of us. "I don't want for you both to go through what I did." 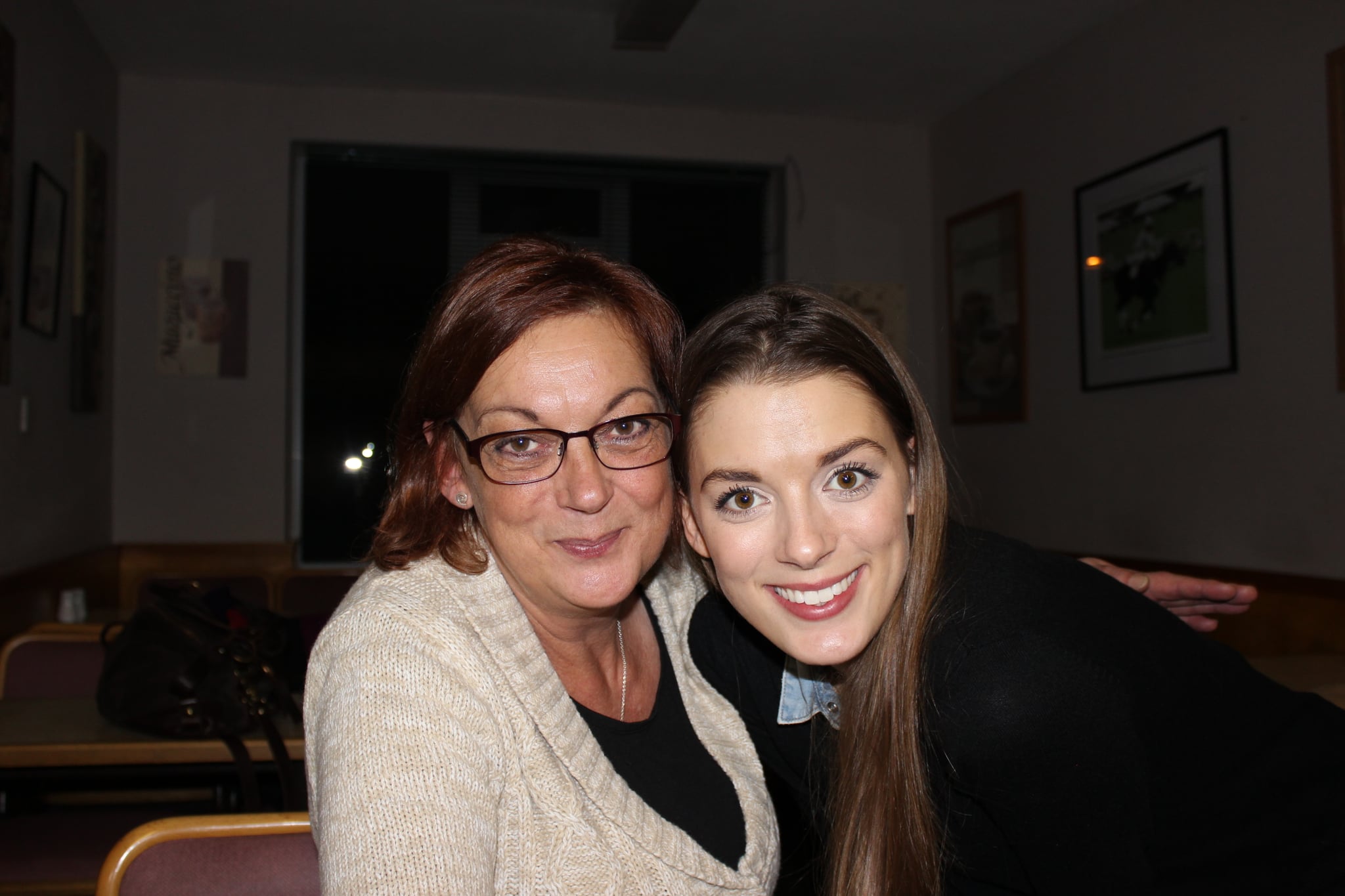 My mom and I

While I waited for my results to come in, my sister, who lives in England, also started the testing process. There was a sense of comfort in knowing that I wasn't in this alone, and it was a huge help to have someone to compare notes with. For example, we were both surprised to find that, beyond the emotional cost of getting the test, it was relatively affordable. I have a PPO health-insurance plan through work, and due to the prevalent history of breast cancer in my family, my medical insurance covered the cost of the test. In total, I paid less than $100 for the doctor's visit and lab fees, and my sister's testing was completely covered by England's National Health Service.

I was at my desk at work when I finally received the call with my results. I saw the caller ID and I immediately wished I was somewhere more private. "Sarah? It's Dr. Amersi. I'm calling with the results." Once I heard her say the word "negative," everything that followed was a blur. The sense of relief brought me to tears. But as I put down my phone, that relief was eclipsed by another wave of anxiety. Holly still hadn't received her results. She hadn't always had the best luck in life, and I couldn't help but worry that she could be positive for BRCA1.

When my sister did call weeks later, she confirmed our worst fear. "I don't have the best news, I'm afraid," she said in her typically soft, calm voice. My heart sank. "I'm completely terrified, but I feel lucky to I know before it's too late," she admitted.

Holly is still deciding how she wants to proceed now that she knows she has the gene. It's likely she'll undergo a double mastectomy, and she's considering her family planning options for the future. A few weeks after she got her diagnosis, as she mulled over the difficult choices she was faced with, I asked if she regretted getting tested. She said absolutely not. While I might never understand exactly what she's going through, I completely understood her answer. Holly and I have seen the devastation that breast cancer can cause up close, and the test literally gave her the power to save her own life. I hope our story can convince young women who have a family history of breast and ovarian cancer to get tested and find out if they carry the BRCA gene. My family knows all too well that having that knowledge is a luxury so many women do not have until it's too late.