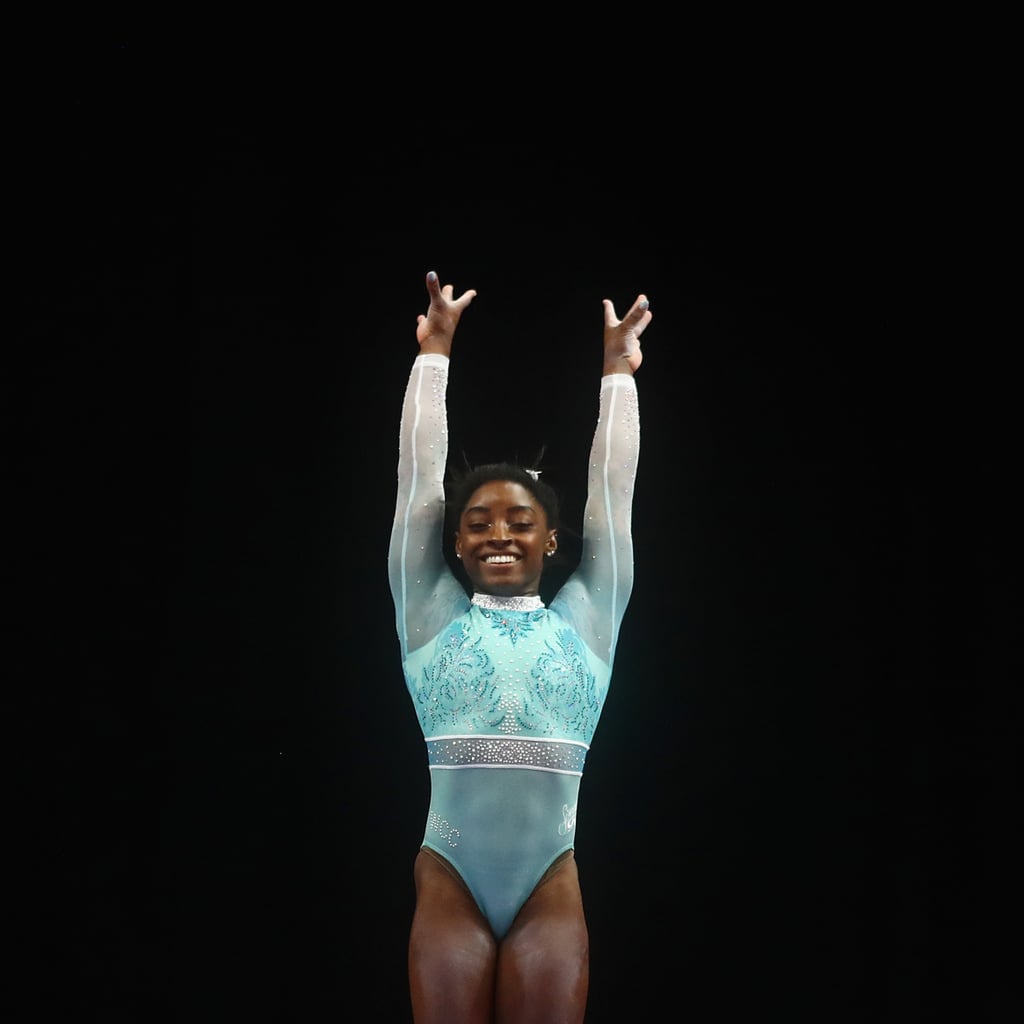 Simone Biles just made history winning her fifth US Championship on Sunday, becoming the first woman to do so since Dominique Dawes in 1994. Her vault routine would secure her US Championship title, but the biggest statement Simone would make at the meet was with her teal leotard.

On January 15, 2018, the eve of Larry Nassar's sentencing, Simone shared that she too had been assaulted by the former Michigan State trainer and USA Gymnastics team doctor. Many former and current athletes such as Aly Raisman and Simone have called out USA Gymnastics for enabling and covering up Nassar's inappropriate behavior, so Simone's leotard speaks volumes.

In a post-meet interview, Simone said she designed the leotard she wore throughout her second day of competition in January and explained, "Going into it, I figured I would look really good in this color, and then everything happened." She added, "It's like a teal-mint, and it is for the survivors. I stand with them," Simone said.

Workouts
Get Sweaty, Strong, and Shredded With This 30-Minute Cardio and Abs Ladder Workout
by Jenny Sugar 1 hour ago

Workouts
Only Have 10 Minutes to Spare? Try 1 of These Quick, Refreshing Yoga Flows
by Emily Weaver 16 hours ago 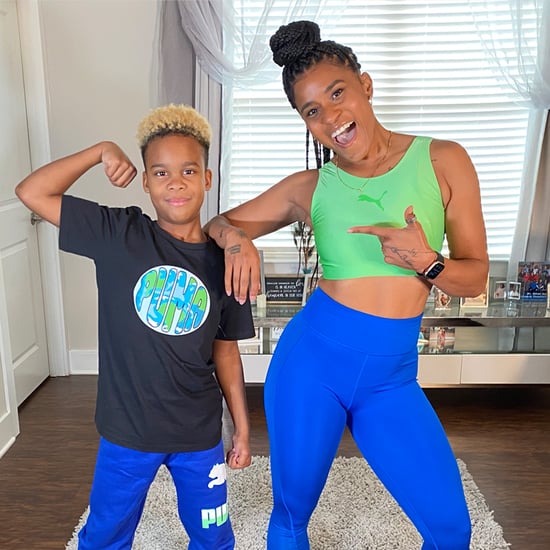