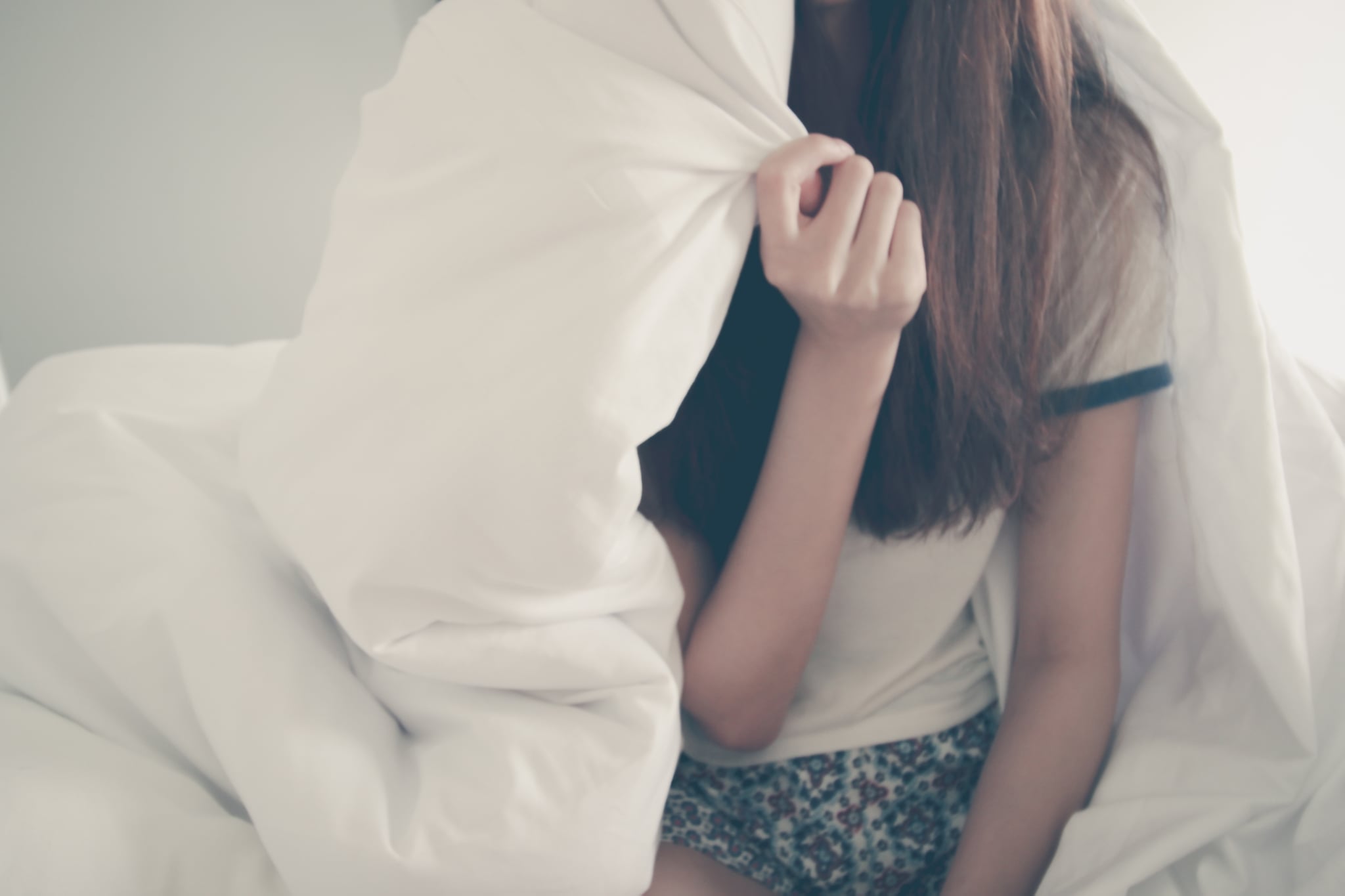 Most people know the ideal bedroom conditions and nighttime habits that can ensure a good night of sleep. Unplugging from tech, dimming the lights early, keeping your room cool at night, and not bringing your work to bed are all small things you can do to improve your night of sleep. But if these small changes aren't working, then it's very possible something else may be going on that warrants a visit to your doctor.

While everyone goes through periods in life when they have trouble sleeping, Dr. Cynthia Geyer, medical director at Canyon Ranch in Lenox, MA, and sleep expert, says women should pay close attention to the quality of their sleep, especially if they're trying to manage other distressing health problems.

Related:
Staying Up Too Late May Have a Scary Side Effect — What 1 Doctor Wants You to Know

Sleep apnea — a serious sleep disorder in which normal breathing is disrupted sometimes hundreds of times at night, meaning a limited supply of oxygen is delivered to the body and the brain — is not so common in young women, but that doesn't mean it never occurs. Plus, it may be that sleep apnea is underdiagnosed and understudied in women.

"We tend to have this stereotype of sleep apnea being the big guy who snores like a freight train and has a big belly. That's the poster child for sleep apnea," says Dr. Geyer. Women don't necessarily have to snore or be overweight to have sleep apnea, which could be why doctors often miss it. In a study on some 400 women aged 20 to 70, researchers found that as many as half of the participants had some degree of sleep apnea.

Related:
You May Not Have Realized This Other Awful Side Effect of Being Stressed

Women with sleep apnea are less likely to present with the most recognized telltale sign, which is snoring. "Not all snoring is sleep apnea and not all sleep apnea sufferers snore," says Dr. Geyer. "It may be silence followed by a snort and gasp."

Sometimes sleep problems are simply due to allergies, which can be fixed by visiting an allergist or ear, nose, and throat (ENT) doctor. Likewise, if you're having breathing problems at night, this could be a problem that is easily fixed by visiting the dentist and obtaining a device that opens up your mouth and airways.

Related:
How Many Hours of Sleep You Need Based on Your Zodiac Sign

However, what doctors often overlook is the fact that in women, there is an increasingly long list of common health conditions that are tied to sleep disorders, in particular sleep apnea. Women who are diagnosed with fibromyalgia or any other pain condition should consider asking their doctor if it's worth being evaluated for a sleep disorder.

There's also a clear connection between sleep apnea and polycystic ovarian syndrome. "Polycystic ovarian syndrome is characterized by higher testosterone levels, and that in turn may be a risk factor for apnea," says Dr. Geyer. "That's why it is probably so common in overweight men." She added that research shows sleep disorders are roughly 30-fold more common in women who have PCOS. "The sleep disruption itself may have a negative impact on the hormonal issues, changing ovulation, decreasing fertility, making the testosterone levels higher." PCOS is also often a precursor to insulin disorders, diabetes, and prediabetes, which means women with any metabolic disorder might want to consider being evaluated for sleep problems.

Related:
The Perfect Nap Length (and Why You Need a Nap Daily)

Additionally, mental health conditions including anxiety, depression, and ADHD show some link to sleep disorders. Roughly 75 percent of adults and children with ADHD also have sleep disorders, according to some research.

Dr. Geyer says that women may not need to go directly to a sleep specialist to start out. It's likely that your primary care doctor can start the process of evaluation with a home study, which involves a portable device you wear in the privacy of your own bed that measures oxygen levels and snoring. The findings usually correlate well with a full polysomnogram, a type of sleep test done in a hospital or medical sleep facility.