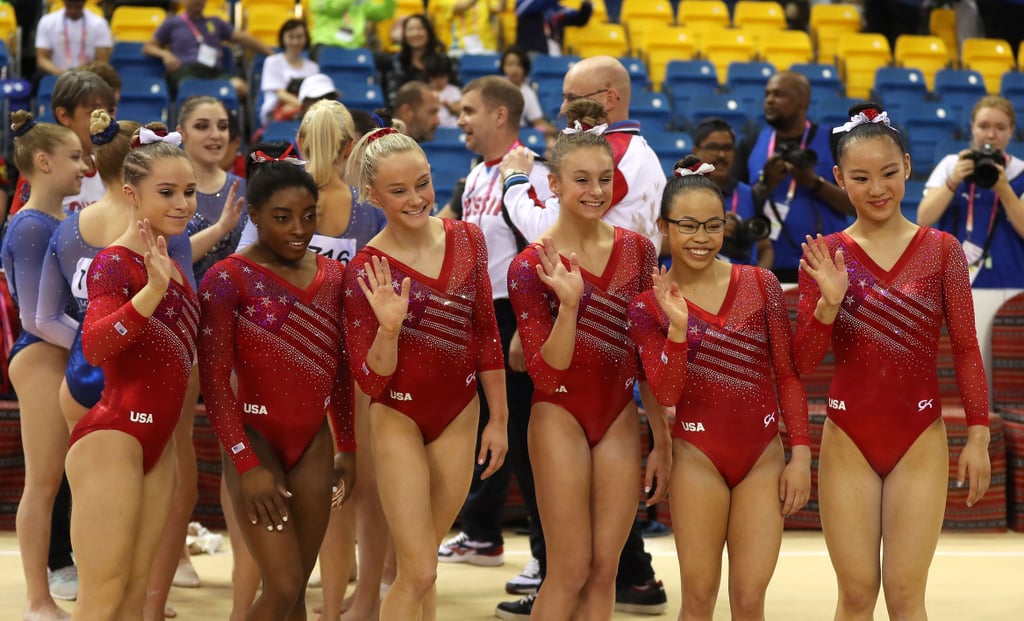 The USA women's gymnastics team has done it again! They finished the women's competition today with a total of 171.629 points, 8.766 more points than Russia. According to the USA Gymnastics Twitter account, "The margin of victory is the United States's largest of their six World Team titles."

Simone Biles, Grace McCallum, Morgan Hurd, Kara Eaker, Riley McCusker, and Ragan Smith (the alternate) have officially secured their spot at the 2020 Summer Olympic Games in Tokyo, and we are beyond ecstatic. The women's team was favored to win going into the final competition with the top preliminary score. The ladies showed up and showed out, and they're just getting started.

Related:
Simone Biles Conquered World Championships, Hours After a Trip to the ER For a Kidney Stone
Previous Next Start Slideshow
Simone BilesGymnastics