The signs and struggles of depression are often harder to notice than those of physical conditions, but like any mental health disorder, it's just as debilitating without proper treatment and support. While it can be impossible to understand what someone with depression is experiencing, here are the most important things to know about depression, according to Allison Abrams at YourTango. 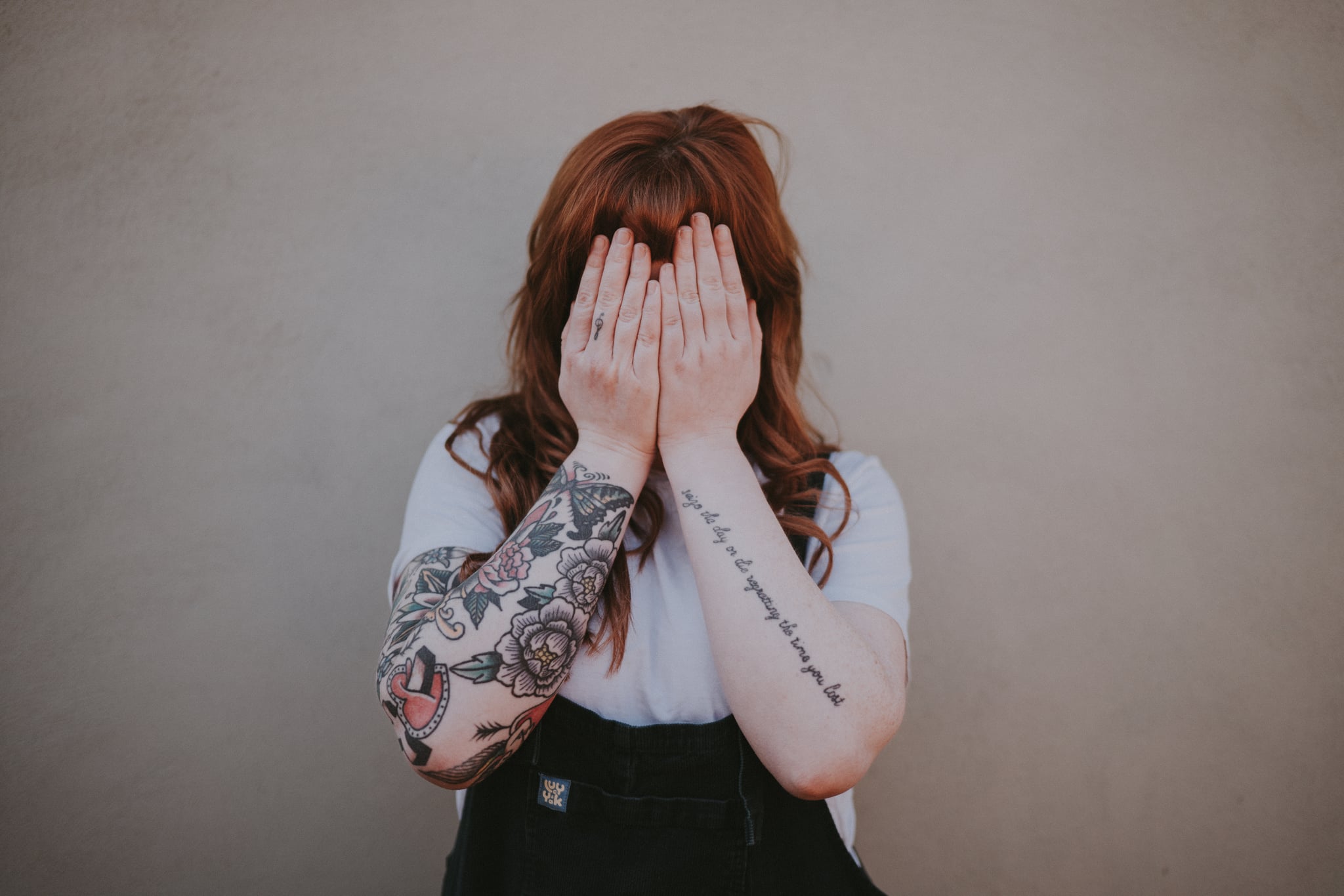 Depression is NOT a first-world problem.

Each year, 30,000 Americans die by suicide. In two thirds of these cases, depression is an underlying factor. In any given year, 6.7 percent of the adult population will experience a major depressive episode.

For those who are not part of the 6.7 percent, it's impossible to understand what someone with depression really goes through. Lack of awareness and education surrounding mental illness, and gross inaccuracies in the media inevitably result in misinformation.

Below, I hope to clarify some of the myths associated with depression, along with some examples of what NOT to say to someone who is depressed.

1. Depression is more than just sadness.

"Everyone feels this way sometimes."

False. Everyone experiences periods of sadness or grief during their lifetime, but not everyone will experience a clinical depressive episode.

A pervasive disease of the brain, depression goes beyond sadness, affecting every aspect of the sufferer's life. It can be a debilitating disease, and as a primary cause of suicide, a fatal one.

When someone is depressed, something as simple as taking a shower can seem like a Herculean task, as can any social interaction. Often one's view of themselves becomes so distorted they may see the world and everyone in it as an adversary, including family and friends.

They may know, intellectually, that they are loved and that the world is not 'against' them. However, intellect and reason play little role in depression.

What does play a major role are feelings of inexplicable guilt, helplessness and deep despair. Sometimes there may be sadness, and sometimes there may be no feeling at all- just a dull, paralyzing numbness, the idea of things ever getting better seeming like an impossibility.

2. Depression is NOT weakness.

Depression has absolutely nothing to do with strength or character any more than cancer, or any other disease does. It is a combination of genetic, biological, environmental, and psychological factors that goes beyond mood.

Researchers have known for years that those with depression have a higher risk of heart disease and stroke, are more likely to die after a heart attack, and often have compromised immune systems, making them more vulnerable to infections and diseases.

If someone had a heart condition, you likely wouldn't say: "Just think positive to avoid that next brain aneurysm!" Saying "snap out of it" or any statement containing the word 'bootstraps', continues to further stigma, discrimination, and thus the prevalence of untreated depression.

3. Depression is NOT a choice.

"But you're so young and pretty, what do you have to be depressed about?"

This was an actual statement made to a former client, by a psychiatrist who she finally agreed to see after years of self-harming and frequent suicidal thoughts, despite weekly therapy.

Telling her that she had 'nothing to be depressed about', or that physical appearance or age has any relevance whatsoever, implies that there is a choice involved, perpetuating the excessive feelings of guilt that often haunt those with depression.

Nobody chooses to be depressed.

When I hear of such insensitive remarks said to those brave enough to reach out, I almost understand why some are still hesitant to seek help. As mental health professionals, we can do better than that.

4. Depression is not a 'first world problem'.

According to the World Health Organization, 350 million people worldwide suffer from depression. That's 5 percent of the world's population, and 20-40 percent of women in developing countries experience postpartum depression, almost twice the percentage in industrialized countries!

The number of people to recognize and report symptoms or to be properly diagnosed by a mental health professional may vary among cultures, but who is actually at risk for developing a depressive disorder is not determined by nationality. Nor is it determined by appearance, race, age, socioeconomic status, religion, occupation, or education.

Depression doesn't discriminate. The idea that external circumstances are the sole contributor to the prevalence of a brain disease such as depression, discounts the genetic, biological and many other factors involved.

Rule of Thumb: Study the statistics before disseminating false information

5. Antidepressants do not 'turn you into a zombie'.

"My friend's sister's best friend's boyfriend's cousin knows someone who went on meds and they totally turned him into a zombie! They took away his personality!"

I hear variations of the above statement more often than I'd like, either from well-meaning friends and family of clients, or from clients themselves.

Like most medications, antidepressants come with the possibility of side effects and it may take a few trials to find the one that works with a person's unique body chemistry.

With advances in technology though, we have come a long way in developing new, effective medications, many with minimal side effects. Yes, there are other treatments out there and depression doesn't always require medication.

However, depending on the severity of symptoms, especially in the case of suicide, medication can be a lifesaver. So, before telling someone to go off of their 'meds', realize you're asking them to put their life at risk.

So, despite the fear-mongering, antidepressants do not "take away your personality"!

6. Antidepressants are not addictive.

"You'll get hooked on that stuff. Just try it the natural way."

Unlike some anti-anxiety medications or sleeping aids, antidepressants are not habit-forming. They do not result in craving when stopped, nor do they require an increase in dose to get the desired effect.

The withdrawal effects that can occur when someone suddenly stops taking the medication are the body's physiological response similar to a diabetic suddenly discontinuing insulin. This is why doctors recommend tapering off slowly rather than stopping altogether.

Are antidepressants and other medications over prescribed in our country? Yes. However, this does not negate all of the lives they have saved.

Not everyone who begins a medication regimen will need to continue long-term, but if it improves quality of life and reduces the risk of suicide, why not continue as long as needed?

Rule of thumb: If you don't have all of the facts, refrain from giving unsolicited advice.

7. Those who struggle with depression are not 'crazy.'

"These girls I date are crazy — they're all on meds!"

Any time I hear the words "crazy" and "meds" in a sentence, I cringe.

Considering the number of people who take some type of psychotropic medication, whether for depression, anxiety, ADHD or any other mental health condition, suggesting that every one of them is "crazy" is beyond ignorant.

More importantly, using the word 'crazy' at all to describe someone who struggles with a mental health condition is not only ignorant, but potentially very harmful. Here's an idea: let's remove the word "crazy", or any other disparaging term from our vernacular altogether.

Rule of thumb: If you wouldn't say it about your mother, your child or any of your loved ones, don't say it at all.

Above are just a few examples of the myths and inaccuracies regarding mental illness and depression in particular. So long as inferior medical benefits, systematic discrimination, lack of awareness and misinformation continue to exist, stigma will persist.

So, what can we do about it? By simply becoming more responsible with our language, learning the facts, educating ourselves and others, we are taking the steps necessary to change the way mental illness is viewed and treated in this country.

Again, remember that depression does not discriminate and can affect any one of us at any time, including those we love. It serves us all to know the facts so that stigma, and discrimination, become a thing of the past once and for all.

For more information on mental health awareness or to become an advocate, go to nami.org.

Trained crisis workers are available to talk 24 hours a day, 7 days a week.

Allison Abrams is a licensed psychotherapist in private practice in NYC, and a mindfulness coach with the NY division of Leading Minds Executive Coaching.