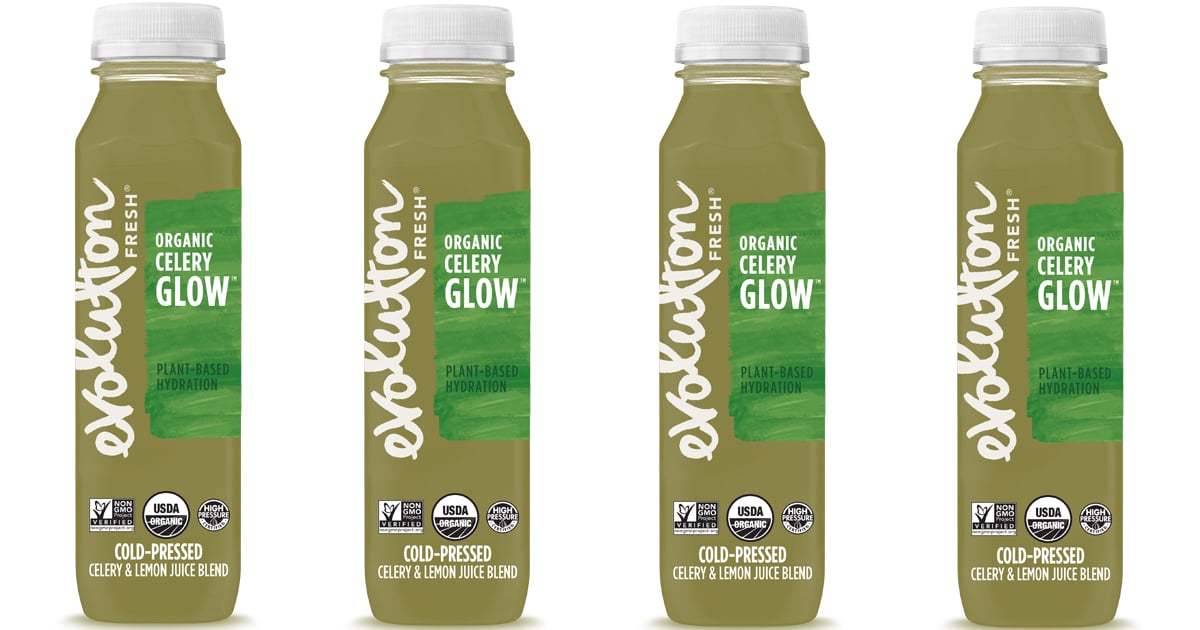 Celery juice has officially hit the mainstream. If you would've told the humble green stalk 10 years ago that it would one day reach peak spotlight, it wouldn't have believed you! Bottled celery juice will now be sold in select grocery stores and through other retailers, thanks to Evolution Fresh's new flavor, Organic Celery Glow. Evolution Fresh, aka the juice and smoothie brand that Starbucks acquired in 2011, describes the beverage as "revitalizing, cold-pressed celery juice brightened with a twist of lemon."

Related:
I Drank Celery Juice Every Night For a Week, and This Is What a Doctor Had to Say About It

Each 8-ounce serving has 2 grams of (natural) sugar, and the 15.2-ounce bottles will sell for $5 each at Whole Foods and other natural retailers like Sprouts beginning in April (not at Starbucks). Getting your own juicer and having a homemade cup is great and all, but it's an investment of both time and money. With the launch of the first nationally available celery juice, you can test out the trend during your next grocery run, and stock up whenever the craving strikes. 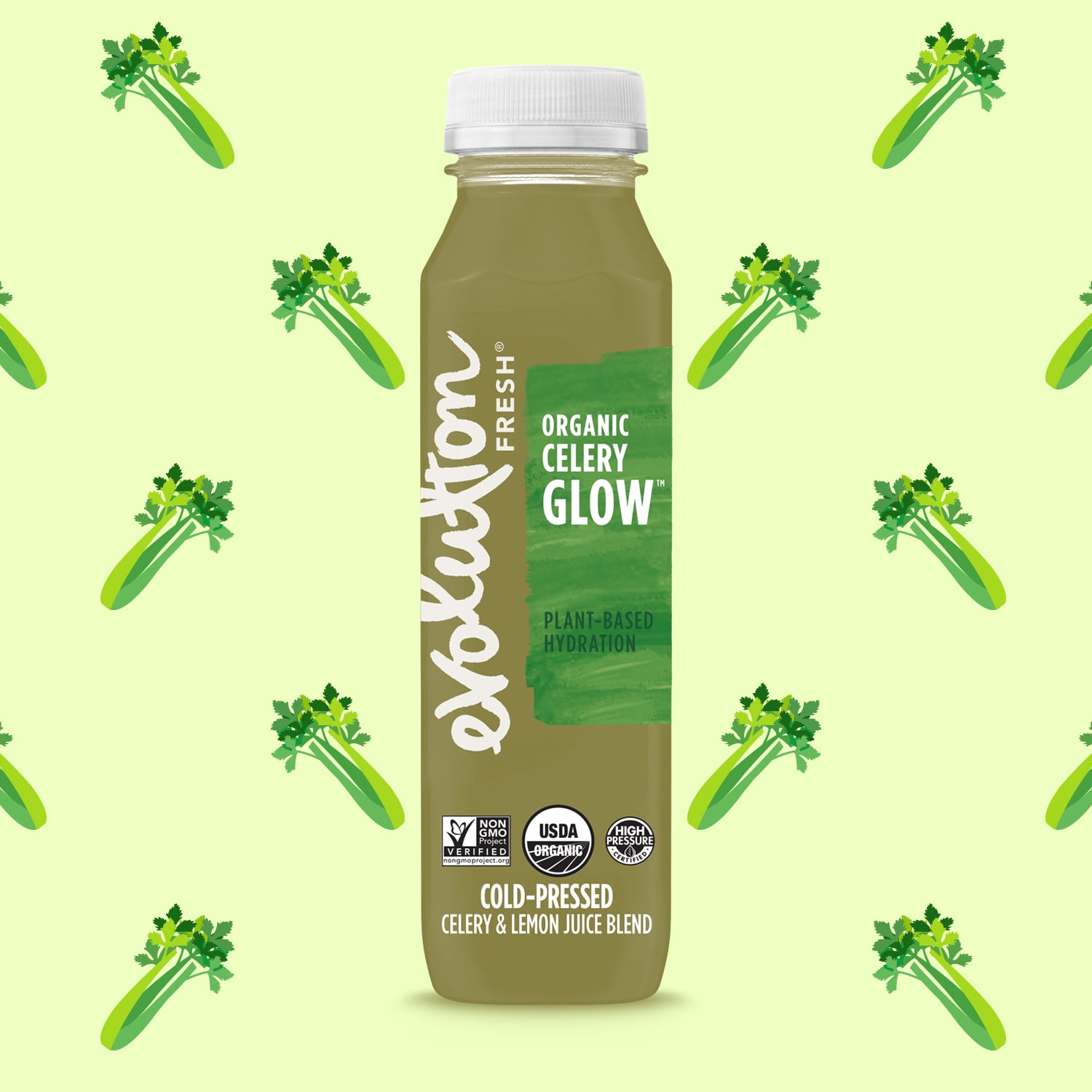