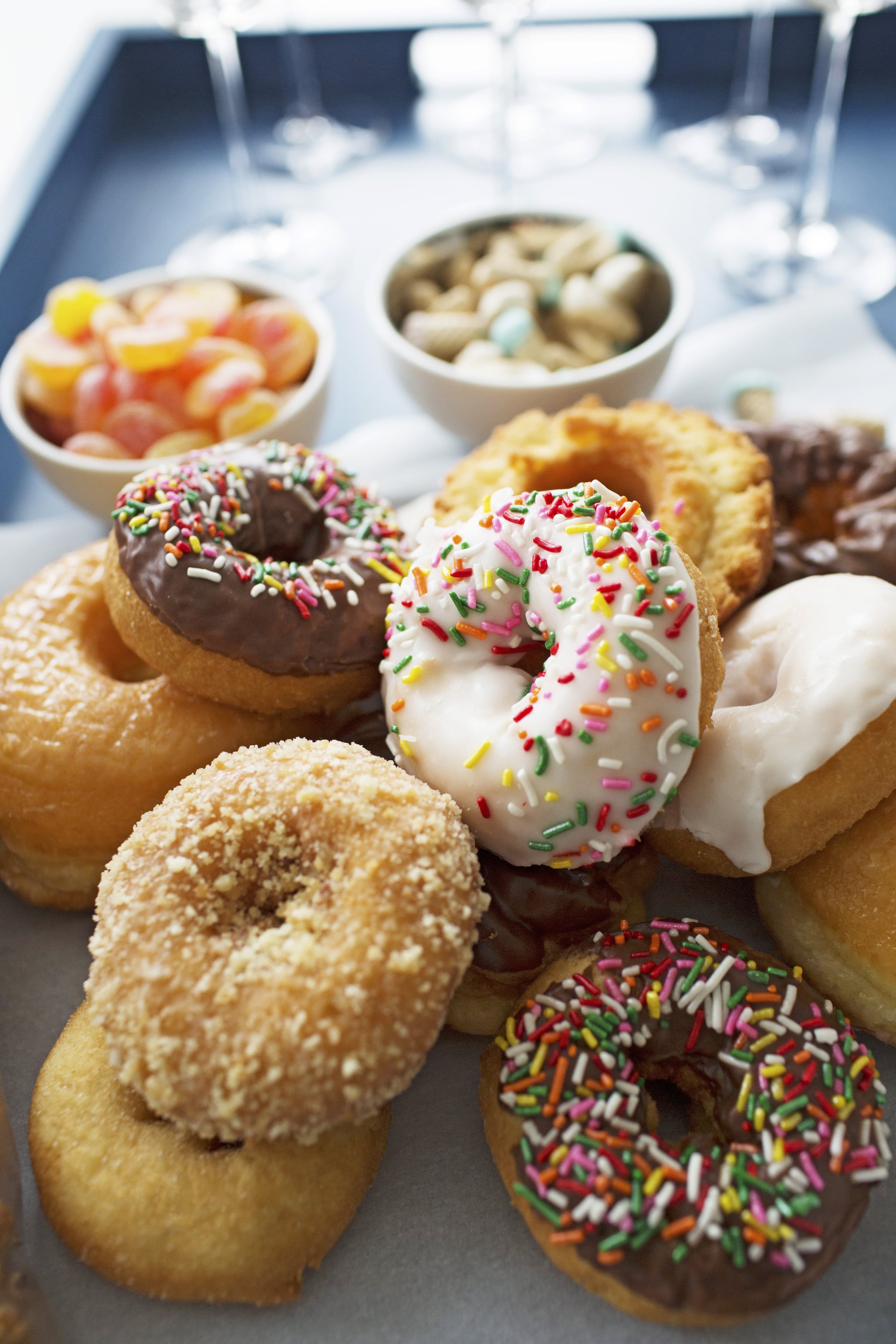 Many of us have a clear indicator when our "time of the month" is upon us — we're tearing apart the pantry, the fridge, and every snack in sight. Are you always insatiably hungry when you're on your period? You're not alone. And don't blame yourself — it's because your body's chemistry has turned you into an unstoppable food beast. Or is that just us . . . ?

We talked to two doctors about what happens in your body during your cycle and how that contributes to your hunger: Carolyn Dean, MD, ND, and Dr. George M. Arnold, chief of OBGYN and chief of clinical innovation and strategic ventures at Markham Stouffville Hospital in Ontario, who specializes in the diagnosis and natural treatment of women's hormone imbalances.

Related:
Stop Your Cravings Before They Happen With This Dietitian's Trick

Here are the culprits they shared: changes to cortisol, serotonin, progesterone, and magnesium levels. Let's take a look at what happens in your body with each of these during the week in which your uterus is determined to sabotage your diet.

You might be familiar with cortisol already — it's commonly known as the stress hormone. "At the time of your period, your body usually produces more cortisol to help you deal with your period's effect on your body," said Dr. Arnold. And in addition to causing potential weight gain around your midsection, it also increases your cravings . . . for sweets. "Increased cortisol leads to increased insulin sensitivity, which leads to more sugar being used, and thus a lower sugar level. Your body responds by craving more sugar." Greeeeat.

Related:
You're Not Going to Like What Experts Say to Avoid When It Comes to PMS

With the increase of cortisol comes the decrease in serotonin — "your 'feel good' hormone, produced in your brain," said Dr. Arnold. Because serotonin drops off around the time of your period, you might be tempted to up your levels with food. "Many of the foods you crave can replace the good feeling normally controlled by serotonin," he said. "Many of the carbs you eat result in an increased level of serotonin . . . the more you eat, the better you feel." Who wants a bagel?! Or seven??

Progesterone also drops during this time. "A fall in progesterone can cause PMS symptoms as well as some degree of depression," Dr. Arnold said. This is yet another reason you'll be reaching for the carbs. "Serotonin can offset this mood change [caused by a drop in progesterone]. As you now know, carbs can increase your serotonin level. Here, again, reaching for all those carbs can give you a temporary boost in your mood." Like we said . . . who wants a bagel??

Off the topic of carbs and onto chocolate — do you crave chocolate on your period? That's a natural, physical response to a magnesium depletion.

"The hormonal changes during the period and the physical stress of the period deplete the energy mineral magnesium," said Dr. Dean. As such, the body "tends to burn more calories." She also told us that this drop in magnesium can also affect serotonin, as serotonin "depends on magnesium for its production and function."

Some beautiful words from Dr. Arnold: "Guess what is rich in magnesium? Cocoa!" Don't feel bad for getting after some chocolate if that's what you're feeling. "If you crave chocolate around the time of your period, your body is craving the magnesium that comes from the cocoa that is used to make the chocolate; the higher the cocoa amount (think dark chocolate), the more magnesium you are getting." So grab a bar of dark and let the good times roll!

Health
Is Period Underwear Safe? The Answers Are Still Murky
by Melanie Whyte 9 hours ago