If there's one word that describes life as a 20-something, it would have to be "busy." Between work, friends, family, and the gym, it's tough for me to find a second to myself. Don't get me wrong — I love spending time with other people, but there are some things I just prefer to do alone. While happy hours and brunches are way worse when it's a party of one, running is something that is just easier to enjoy when I'm flying solo. 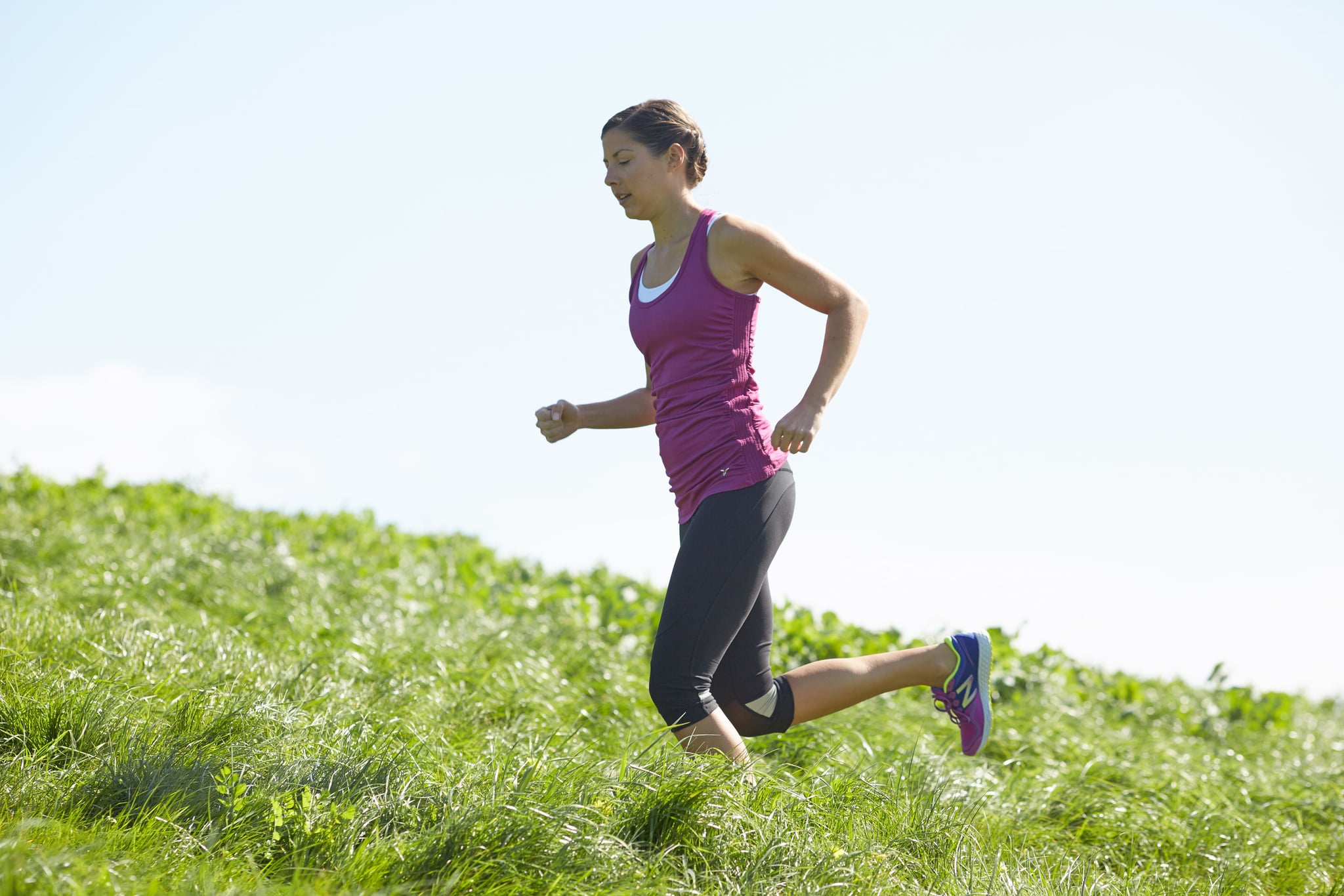 I've tried breaking a sweat with my friends and even my boyfriend on occasion, but at the end of the day, I've come to treasure the time when I'm alone with my music and the road in front of me. Sure, there may be other arguments for or against having running buddies, but for me, it's all come down to six reasons why I would rather just run on my own. Whether you prefer to run as a team of one or to head out with your best friends by your side, these ideas may inspire you to shake up your routine.

After a long week at work, there's nothing quite as cathartic as a long run outside. The stress of life seems to just fall away as I hit the pavement. Getting moving is one of the only times of the week I really get Zen time for myself, and I treasure it.

2. You Can Go With the Flow

I love to run, but I've learned that setting an exact distance just doesn't work for me. Some days, I plan on heading out for half an hour only to find I am ready to run forever; other days, from the minute I start, I'm just ready for my run to end. When I'm on my own, it feels so much easier to just listen to how my body feels: there is no pressure to do something I'm not crazy about.

3. You Can Skip the Side Conversation

Yes, it's important to make time in my calendar for my friends, but I've found that a running date just isn't the right situation. For me, the temptation of a full-on catch-up session is too distracting, and I know I can't focus on making the most of my sweat session. Instead of slowing myself down, I would rather pump out an amazing run and meet my girlfriends for cocktails afterward.

For me, the secret to an amazing workout is great music. Rocking out on a run is the best source of motivation and inspiration, plus it keeps me from getting bored. Popping in my headphones while running with a friend seems a little mean (I don't want to ignore her!), so it's easier to just jog and jam out on my own.

5. You Can Set Your Speed

It's always awkward to start a jog with someone — how do you set the pace? Inevitably one person will be faster or slower than the other, and if you're trying for something more than a casual jog, it can be tough to get on the same page. If I do want to get in a little exercise with friends, I would rather walk it out and save the run for when I'm on my own.

6. You Can Avoid Unhealthy Competition

I admit it: I'm competitive — and while it may not be totally healthy, being totally outpaced has managed to ruin a great workout. I'm proud of my strength and endurance, but once I ran with a buddy who managed to kick my butt despite being a couch potato. As I huffed and puffed up the first hill, they waited at the top, stretching. Instead of feeling challenged or inspired, I wound up spending the rest of the run feeling defeated and ready to cry. I've learned that, to keep my emotions out of my runs, the simplest solution is to be my own best competition, racing against my own times instead of other people.

Workouts
Missed a Couple Workouts? A Trainer Explains Why You Shouldn't Try to Make Up For It
by Kacie Main 4 days ago